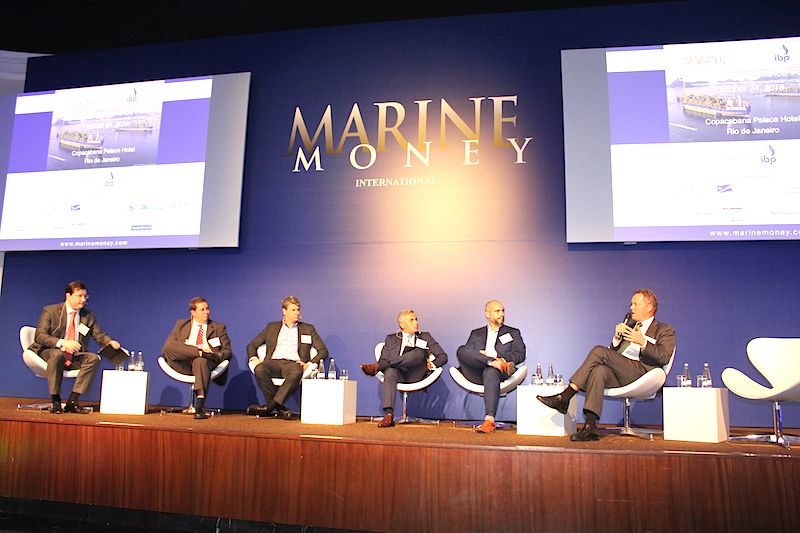 NBCC was one of the supporting organizations of the forum that took place in Copacabana Palace on October 24, 2018, only days ahead of the Brazilian presidential election.

The outcome of the election is on everyone´s lips these days, and the challenges the new administration will have to take on, are numerous. As for the offshore industry, a certain optimism reigns after several successful bid rounds, and it is obvious that a new investment cycle has started, that the industry will be benefitting from.

With this as a backdrop, it made good sense that the first speaker at the forum, Latin America Economist of Standard Chartered Bank, Mr. Daniel Sinigaglia, talked about the potential impact of Brazil´s new presidency and the consequences expected for the oil and gas industry. The main challenges of the new administration are the low potential for growth of the Brazilian economy as well as the unsustainable fiscal deficit.

«But the key questions for the sector is whether the new administration will change the current gasoline and diesel price policy and if they will keep the licensing pace and the auction flow that we have been seeing. It boils down to the government´s strategy on Petrobras and how they choose to explore pre-salt, but the key message is that we do not expect a significant pushback. A compelling reason for this, is that the government is in desperate need for cash, and reducing auctions would represent a pushback for fiscal account consolidation. Oil related revenues are responsible for more than 50 percent of the increase in total revenues», Mr. Sinigaglia said.

The liberalization of the gas market was another topic he addressed, but he sees it as uncertain how the new administration will deal with this.

«We believe in an oil price in the high 70s, but we also expect short term volatility, with an upwards pointing trend, driven by the economic development in China and India. When will the Paris Treaty have an effect on the demand? Peak demand views vary, but there is a weak consensus that we will reach the peak in the mid 2030s», he said. 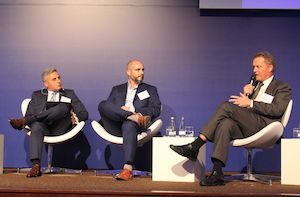 US shale production continues to surprise the market with higher growth than expected. As for the Rest of the World (RoW) ultra-deepwater compensates for a decline in production in other areas, according to Rystad numbers.

«In Row, growth only takes place in Brazil. We see that break-even oil prices offshore is now comparable to shale, after huge cuts. More operators are coming in, and diversity means that the industry gets access to more capital. Rystad Energy expects an increase in E&P investments in deepwater areas of 15 percent, so a lot of cash is expected to be allocated to Brazil the next years. As for the oil price, we expect volatility to continue, with an upwards trend, and demand continuing to grow», Mr. Solbrække said.

Victor Bomfim  then outlined plans for the Açu Petróleo oil terminal, and talked about Brazilian oil production and exports. He addressed logistic solutions. Ship-to-ship and storage solutions is the most common way to do it, and the mode will be predominant and growing to 85 percent of all exports in 2027, according to Mr. Bonfim. The Açu Petróleo oil terminal has handled such operations since 2018.

Commitment
BNDES has substantial capital committed to Brazil´s  oil and gas sector and André Pompéo do Amaral Mendes gave an update on BNDES status and plans to the forum. Mr. Mendes is the Manager of the Gas and Oil Department Power Area in BNDES.

«We expect investments in the range of R$ 290 billion from 2018-2021, and the oil and gas sector is responsible for 30 percent for total investments in all the sectors that we follow», he said. Mr. Mendes explained what kind of vessels and equipment that BNDES can finance. BNDES has made disbursements to the O&G sector of R$ 38,4 billion since 2010.

«BNDES is prepared to support the oil and gas industry and foster the supply chain. Cooperation is key to overcome the current scenario», he said. 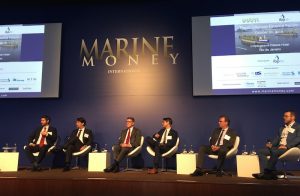 A Financing Panel with representatives from international banks and financing agencies like Export Credit Norway debated current status and financing opportunities in the current market. Both Societé Générale CIB and Standard Chartered Bank showed appetite for financing FPSOs. They are seen as attractive assets, but the need for a global approach, not only on Brazil activities, could be a limiting factor.

With the large needs, alternative sources of financing, not only banks and export credit agencies, but also capital markets and pension funds need to be considered, according to Ivar Løvberget, Senior Vice President of Export Credit Norway.

According to the panel, the international banking market has a more positive view on Brazil. «Norwegian exporters will definitely be looking at Brazil and so will we», said Ivar Løvberget.

Independents
Other issues addressed at the forum were the status of independent oil companies in Brazil, including financing alternatives, with the participance of PetroRio and Mattos Filho, the Petrobras FPSO Business plan and decommissioning themes, and market leader Modec´s view on the  market landscape in Brazil. 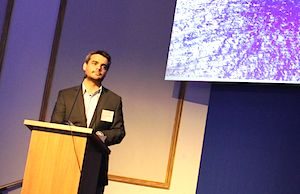 Petrobras has 10 new production units starting up until 2022. Today, financial return is a decision making driver to Petrobras. The company is also considering new business models, and making an effort to to interact more with the market with operators and financiers.

Moderated by Rafael Baleroni, a panel with participants from dbo energy, Brazil Oceaneering, DNV GL and Aker Solutions talked about opportunities and challenges in decommissioning and field redevelopment.

Alex Imperial outlined the Joint Industry Project that involves Petrobras, Equinor and several others, to the forum. Together they are developing guidelines for risk based comparative assessment for decommissioning of subsea installations in Brazil.

Bottlenecks in decommissioning and redevelopment, the need for proper planning, use of comparative assessments, lack of transparency as the regulatory framework is still under development were among the concerns mentioned.

Horacio Cuenca, Research Director of Upstream Latin America, Wood Mackenzie gave a presentation called «Quantifying the value of the decommissioning opportunity. Drawing on both extensive research in Brazil and deep expertise in other offshore provinces, including the North Sea, he evaluated the sale of the opportunities, the assets requirements and the timing, including the case for reinvestment rather than decommissioning in short term.

In the Campos Basin, 5 billion barrels of additional oil could be recovered if recovery was on the same level as in Golf of Mexico or in the North Sea.

«There is a lot to gain, and we are not talking about complex IOR techniques, infill drilling could help boosting recoverable volumes», he said.

On Roncador, Marlin and Polvo, 43 new wells would unlock an additional 1,5 billion barrels., according to Wood Mackenzie. Petrobras and Equinor are extending the field life of Roncador by eight years, drilling 20 new wells, a  USD 2 billion investment.

The last panel of the forum consisted of FPSO owners SBM Brasil, BW Offshore, Ocyan, Modec, MISC Brasil and Teekay. With five tenders on the front burner (Buzios 5, Mero 2, Marlim I, Marlim IIand Parque das Baleias) and many more to come, the FPSO market is buzzing. Between new players trying to establish a foothold, SBM and Ocyan able to participate again and Modec and BW Offshore considering both current and future projects, the panel looked at opportunities, challenges and market trends.