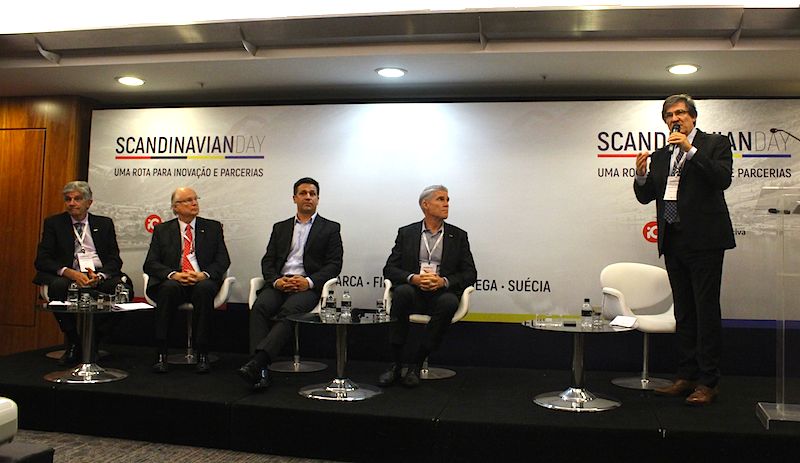 With the ambition of building bridges and strengthening relations, the first Scandinavian Day was organized in São Paulo.

The event took place on November 7, 2018 and was organized by Imagem Corporativa with the support of NBCC and the chambers of commerce, embassies and/or consulates from Norway, Finland, Sweden and Denmark. 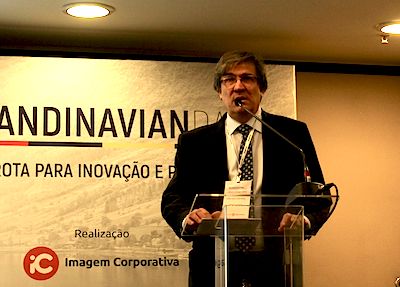 «This is the first time we organize the event, but we plan to do this every year, and what we would like to see, is a more intense dialogue between Brazil and the Scandinavian countries as well as more partnerships within business, academia and in terms of sustainability. We believe there is a huge potential for building bridges and strengthening relations, and the philosophy of the Scandinavian countries facilitates both dialogue and interaction»,  said Ciro Reis, President of Imagem Corporativa, in his address to the event.

Mr. Reis did however argue that there is a general lack of information on the remote Scandinavian countries in Brazil: Brazil has 8 times more inhabitants than the region, but the GDP is only 20 percent smaller.

«This says a lot about the real economic dimension, and shows there is a huge potential to explore further», Ciro Reis said.

Examples that inspire
With this backdrop, the event agenda aimed to provide participants with a broader knowledge of the region, and representatives from all the Scandinavian countries gave different presentations to the seminar. Norway´s ambassador Nils Martin Gunneng was invited to present the Norwegian Pension Fund Global to the audience, in a session that addressed the role of public administration and long term planning. 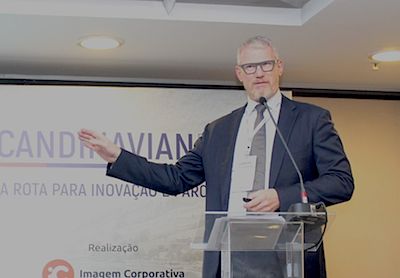 Norway struck oil in the North Sea in 1969, and production started two years later. Norwegian politicians quite immediately decided that the income from the oil should belong to the generations to come, and they were concerned with finding a way to avoid the so called Dutch disease. The idea of a sovereign fund was launched in the 1980-s, and in 1990, a law was passed that established the fund. The law said that the resources of the fund had to be invested abroad, to maintain the mainland economy healthy.

In 2001, the fund had already reached a considerable size, and Parliament again passed an important bill, stating that only 4 percent of the revenues of the fund could be applied by the government. This rule was later reduced to 3 percent.

«The mission of the fund is to safeguard and build financial wealth for future generations. This guides how the money is invested and an ethics committee makes recommendations for investments and divestments. It is owned by the Norwegian people and today is has invested  USD 967,5 billion in 72 countries and 49 currencies. USD 9,25 billion has been invested in Brazil», Ambassador Gunneng said.

The fund cannot make investments in companies that uses child labor, in tobacco  or in weapon that violates humanitarian principles.

«Norway has oil, and it is a drug. We have to get off the drug and look to Sweden and their success with start-ups. We are looking at how to get the offshore industry to diversify and Norwegian government today is focusing on oceans. Somehow we have to make the transition from being an oil producing country to becoming a more sustainable economy on a long term. And we find inspiration from our Scandinavian neighbours», Mr. Gunneng said.

In the same session, Finnish Juhani Pajunen talked about transparency in the relations between citizens and government in Finland, and argued that openness and access is the best way to fight  corruption. 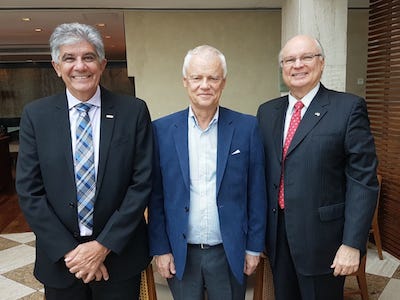 From the left; Rachid Felix, Nils Granfström and Jan Jarne.

Do your part!
Topics like renewable energy, sustainability and urban mobility were also addressed during the half day seminar in São Paulo.

According to Rafael Paniagua, President of ABB Brasil, both consumers and businesses can contribute to greener energy consumption, and quoted ABB CEO Ulrich Spiesshofer who has said that ABB believes it is possible to  run the world without consuming the earth.

«Global warming is a drive for new solutions and a new energy matrix. Brazil uses more renewable energy than the rest of the world, but the renewable share of the electrical matrix in Brazil will decrease, if nothing is done. I challenge you to consider if solar energy could be a solution for your home or company, I challenge you to use energy more efficiently and also to consider electric vehicles», he said.

Vinicius Gaensly, Global Connected Services in Volvo shared Volvo´s experiences with the seminar. He talked about intelligent vehicles and integrated services, and focused the presentation on current trends like electric and hybrid vehicles, autonomous vehicles and connectivity. He shared inspiring examples on how Volvo has been able to create speed limit zones and limit the speed on buses in Curitiba, as one of many innovative technologies in use, also in Brazil. 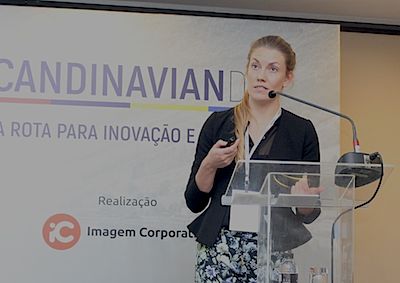 Pernille Mouritsen is the Senior Advisor in Nordic Sustainability, a company that helps clients navigate the sustainability challenges they face. She presented the Copenhagen Climate Plan, launched back in 2012, and the several goals set out in the plan.

Co2 emissions in Copenhagen are down 42 percent despite a population growth of 18 percent. Copenhagen has gained fame as the biking capital of the world, with five bikes for every car, and the goal of the 2012 climate plan was that 75 percent of all journeys were to be made on foot, by bike or by public transportation by 2025. Currently, the people of Copenhagen bike 1,3 million kilometers every week.

«Even though we won´t be able to reach all goals, it is still a remarkable result. Green cities benefit both climate and citizens and Copenhagen has struck a balance between economic growth and green ambitions», she said.

Finland´s example in education was another of the topics addressed. Jarkko Wikström presented the «Finnish Way» that has made Finland a top ranking country with the best basic education in the world. In Finland, focus is on the education and training of teachers. Basic education and investments in research are also priorities to Finnish authorities, and part of the explanation of the economic development that Finland has seen.

Anders Norinder talked about the success of the Swedish «unicorns», that is startup companies with a value of over USD 1 billion. Among the world famous Swedish startups are Skype, Spotify, Minecraft and Candy Crush.

An ocean of opportunities
The presidents of the chambers of commerce from Norway, Sweden and Finland participated in a panel that debated how new bridges can be built. The panelists were all given the opportunity to “sell” their countries:

«Finland is one of the most happy and most stable countries in the world. We have build an economy of knowledge», President of FinnCham, Mr. Jan Jarne said. 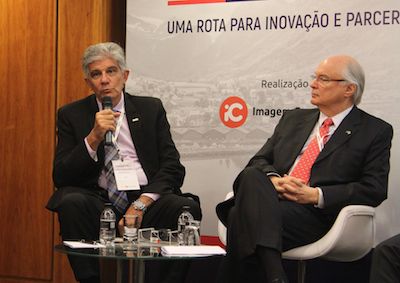 Rachid Felix and Jan Jarne during the panel debate.

NBCC president Rachid Felix commented on how well Norwegians and Brazilians work together.

«Brazil is a priority to Norwegian investors as the world´s biggest offshore market. Norway managed to transform the strong Norwegian maritime industry into a technology exporting industry, and today Norway sees the ocean as a new frontier with several opportunities for us to explore together. The ambition is sustainable use of all ocean resources, and this is a field where Brazil has a lot to learn», Mr. Felix said.

The São Paulo seminar is part of the agenda of the second “Norway-Brazil weeks”, with several events taking place in both Rio de Janeiro and São Paulo.