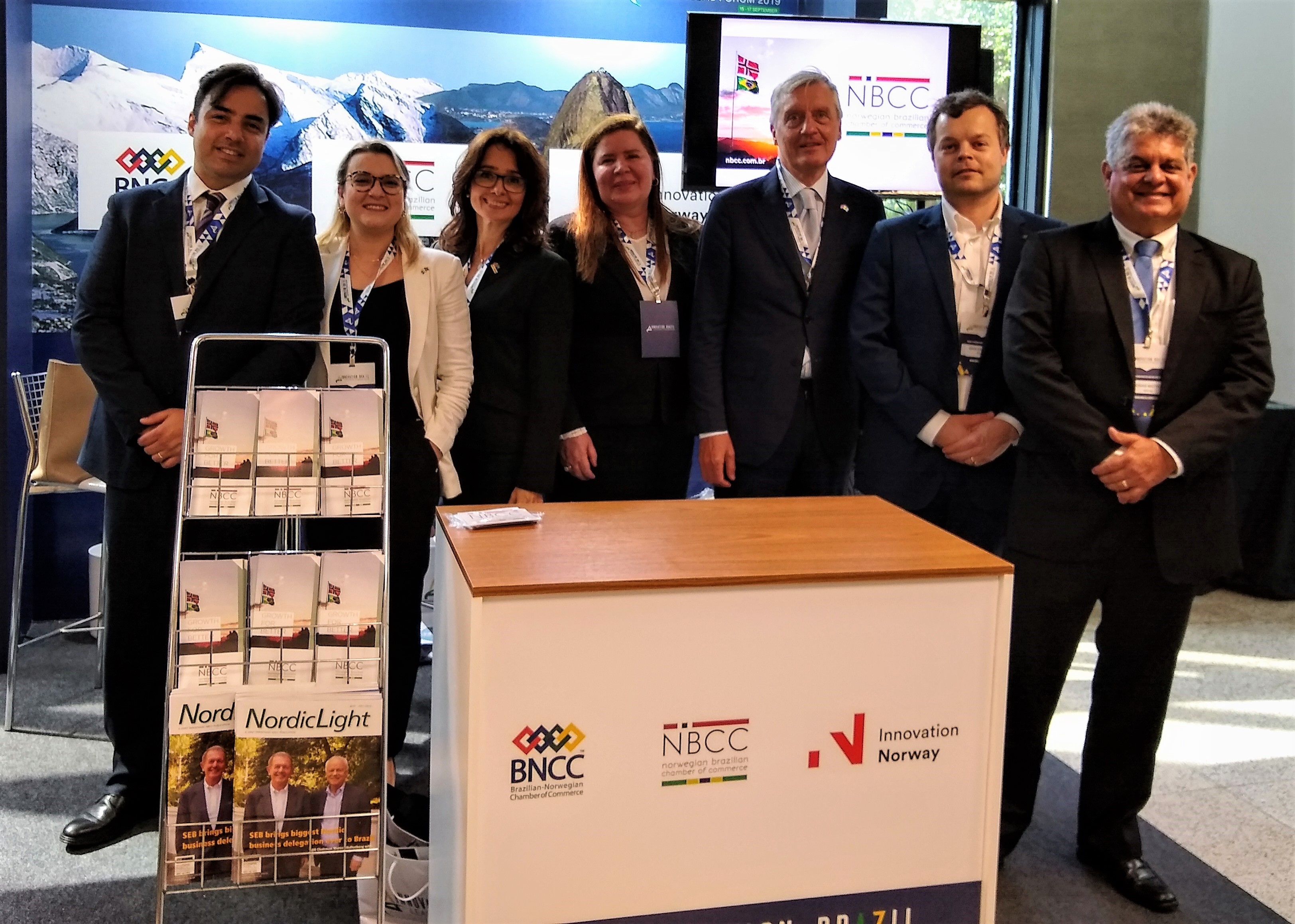 The Norway stand during the event. 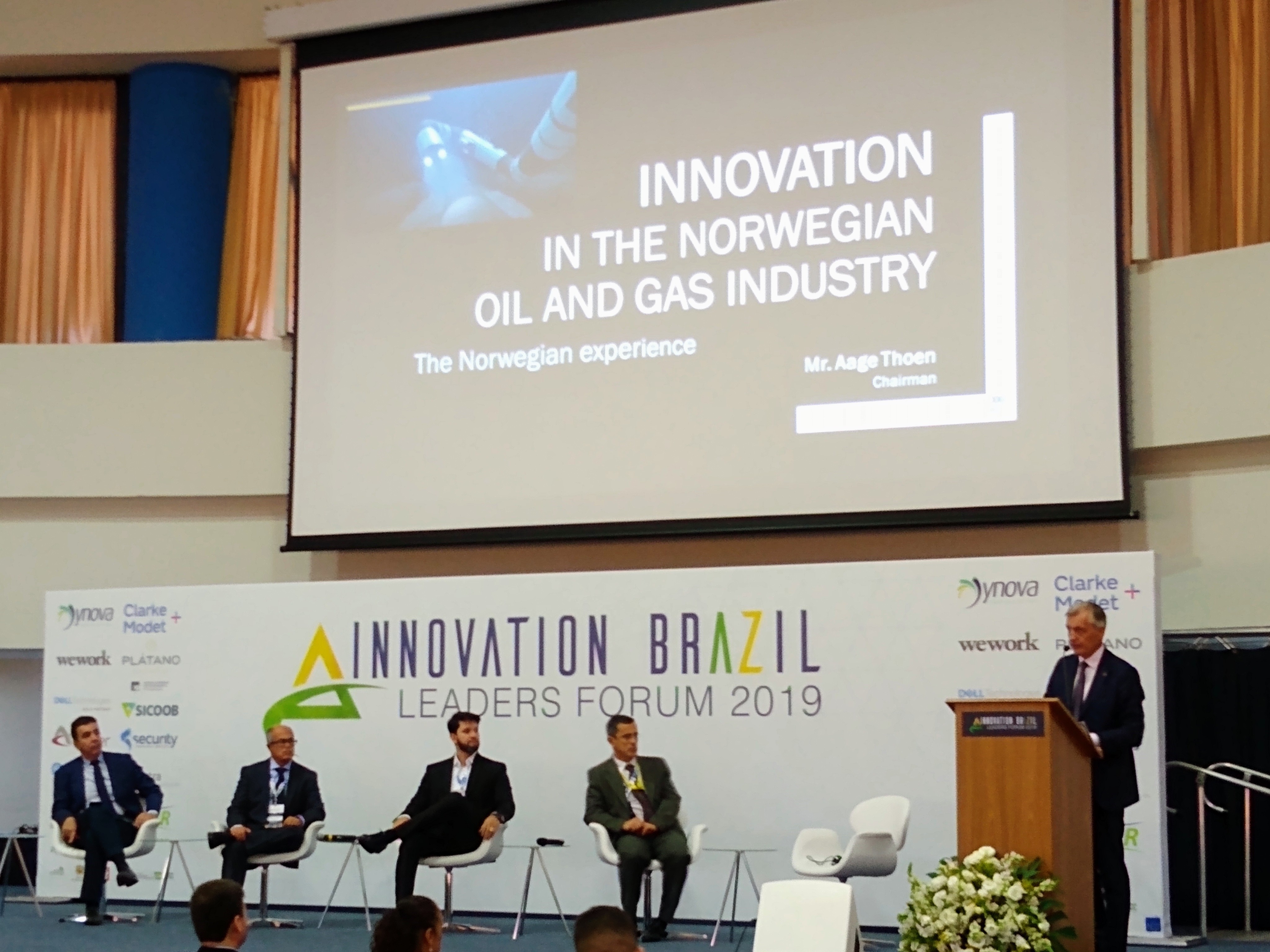 Mr. Aage Thoen in panel on innovation in the Norwegian oil and gas industry.

The event took place between September 15-17, with more than 450 high level participants that came together to share experiences and exchange ideas on innovation.

According to participants, the forum opened their perspectives of innovation and technology made in Brazil.

An MOU was signed between the São José dos Campos Technology Park and BNCC, and NBCC and Innovation Norway will cooperate to fulfill the purpose of the agreement.

«We are energized to bring the relations between our countries and corporations to a higher level beyond oil and gas where we are already strong», comments BNCC president Aage Thoen.

Several speakers representing Norwegian companies and entities participated in the program, and Norway also had its own stand at the event. 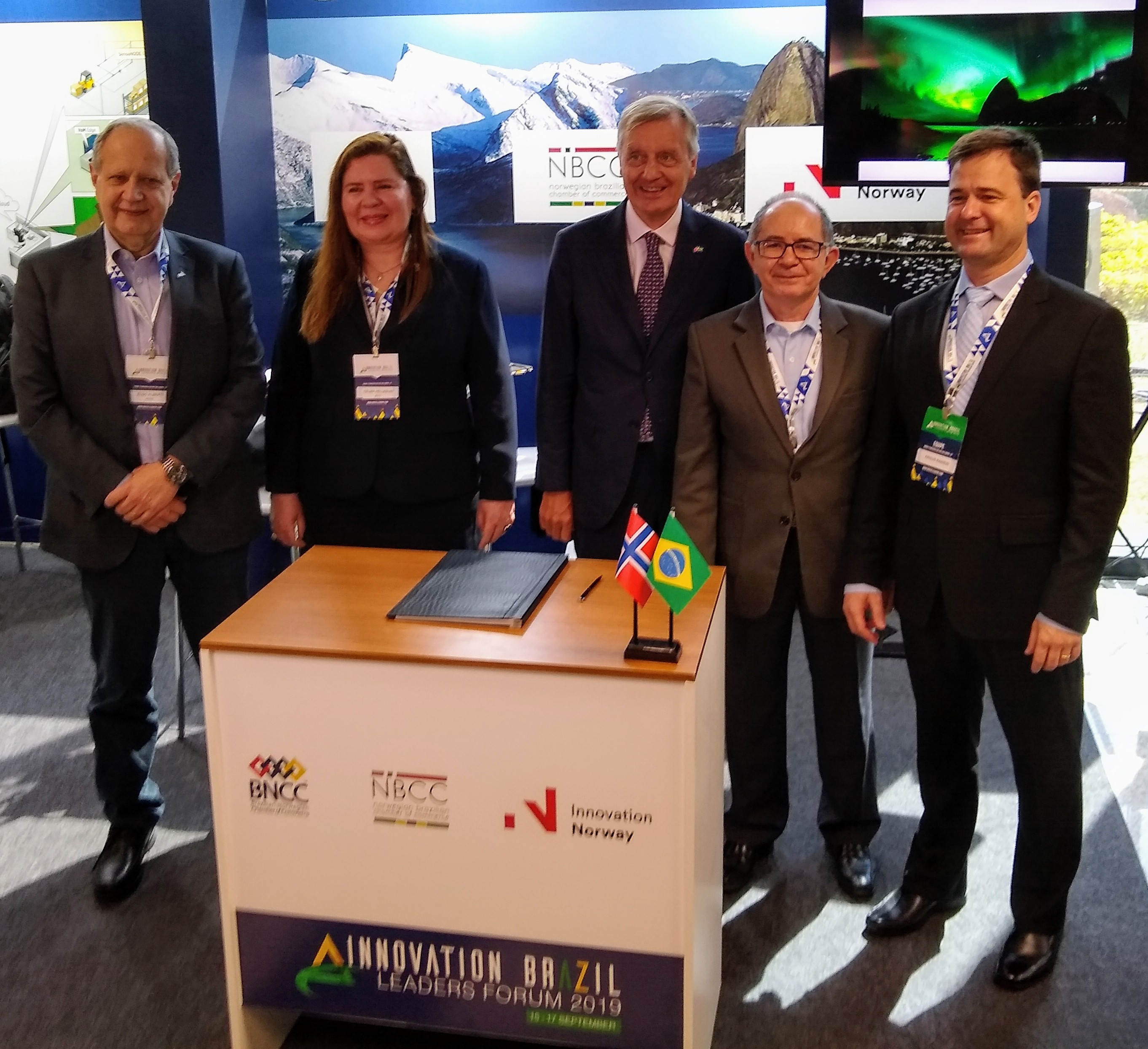 «The participation of Norway in the forum was very relevant, and the Norwegian presence was noted. Norway was highlighted on several occasions during the three day event as an international example to be followed when it comes to innovation», Ms. Thompson-Flôres says.

The first edition of the event was focused on innovation ecosystems, that is the group of actors and mechanisms that stimulate cooperation, with focal points for the promotion of new talent, environments, rounds of negotiations, meetings, new ideas, projects.

Innovation is certainly on the agenda for most companies today, and according to organizer Argus Ranieri, the ambition is to promote an environment for cooperation by broadening the business strategy of the participating companies and business leaders.