A case for cautious optimism 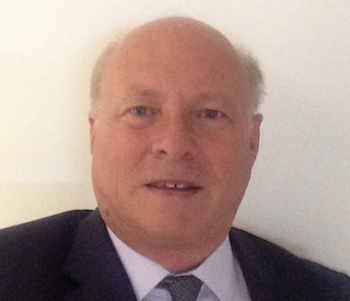 It is with cautious optimism that the Norwegian Brazilian chambers of commerce in Oslo, São Paulo and Rio de Janeiro enter 2015. Improvements are expected, despite the challenges.

NBCC invited the three presidents of our chambers of commerce to say a few words on their expectations for 2015. Due to the World Cup, the presidential elections and the more recent corruption cases being brought to day, 2014 was a slow year for the Brazilian economy in general, and also for the oil & gas and maritime industries.

Knut ØvrebøThe oil prices fell significantly towards the end of last year, and it is with a somewhat different scenario we entered 2015.

President Knut Øvrebø in the Norwegian Brazilian Chamber of Commerce in São Paulo expresses cautious optimism for the new year.

“I expect some improvement compared to 2014. The new government is in place,  and the new economical team has good credibility in the national and international market. The new team  is focusing to re-balance the economy, control inflation, cut governmental spending and improve the deteriorated primary result. The exchange rate seems to have found a more natural and competitive level. One should not forget that the domestic market is growing mainly due to an improved income distribution and high yield in many investment projects”, he says.

Mr. Øvrebø does however expect that the present price level for crude oil will have an impact on the Brazilian economy, and maybe stall future exploration.

“Attention also has to be given to Brazil´s high energy cost, heavy and heavier taxation and qualified labour”, he says.

NBCC president in Rio de Janeiro Halvard Idland expects 2015 to become a challenging year in general, and even more so for the oil and gas industry. At the same time, he hopes that the current situation may lead to some positive consequences.

Halvard Idland“Macro indicators and expectations for Brasil are low. The Petrobras situation is very unclear, and I find it difficult to predict how this will play out in the short term, both on a micro and macro level. Taking a more mid- to long term view however, I hope that the negative situation can bring positive consequences.”

He sees that the current situation can bring opportunities.

“Brazil may use this situation to set a new standard for acceptable business practices. The situation may also open up the industry and bring more opportunities, naturally  for good Brazilian companies, but also for international companies that want to invest and take part in the Brazilian O&G industry. Personally I believe such opening up is positive, not only for the international players, but it will lead to a more competitive industry, which in the long run also will create more sustainable local jobs and companies, and as such benefit the Brazilian people and economy”, Mr. Idland says.

The three chambers will cooperate even closer in 2015.

“Through a strengthened cooperation between the chambers, and also with Brazilian and Norwegian institutions, NBCC will continue to support its members in pursuing opportunities in this thrilling country”, Halvard Idland says.

This is a view shared by Harald Martinsen, chairman of the Brazilian Norwegian chamber of commerce in Oslo.

“The chambers took a solid step last year towards a closer cooperation and I am optimistic that we will be able to follow that up further this year.”

Harald MartinsenIn 2014, an economic commission was established and the commission had a very successful meeting in Oslo. In 2015 a Norwegian delegation will go to Brasilia for a similar session, and the idea is that meetings take place every year and alternate between Brazil and Norway.

“I believe we must focus on a successful follow up of the mixed economic commission as we had a good start in 2014, and future success of the commission will be determined by the second year. For the chambers this offers a good opportunity to work on an annual business event in connection with the commission meeting”. Mr. Martinsen said.

The BNCC president has hope that president Dilma Rousseff will do a better second term than the first:

“Generally i am optimistic about the bilateral relationship. The nominations for the Ministry of Finance, that I have picked up so far, are quite promising. As for the relationship between Norway and Brazil, we have more legs to stand on than oil & gas, and that will help us through”, Mr. Martinsen says.