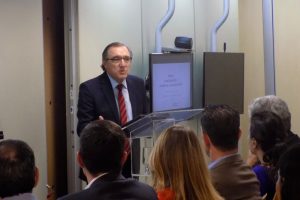 «We need to find a more decent way of doing politics in Brazil», journalist Carlos Alberto Sardenberg said during NBCC event on September 14, 2017.

The experienced Brazilian journalist is currently an anchor at CBN Brazil and also works for Globo News, TV Globo and the newspaper O Globo, where he shares his views on the economic developments of Brazil several times a week. He has also won several journalistic awards for his work.

The event on September 14, 2017 was co-hosted by NBCC and Swedcham and took place in São Paulo. During the presentation to Norwegian and Swedish business community, Mr. Sardenberg focused on instability and the need for reforms in several areas. 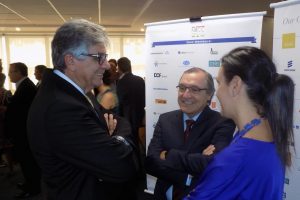 «Brazilian politics have been hit very hard by the Lava Jato investigation, but in order to cleanse the system, we need to pass through this difficult phase. Corruption has also affected the Brazilian economy significantly. Big companies were not rewarded for their competence, but for the amount of money they gave to the politicians. Eliminating these corrupt practices will make the economy more efficient», Carlos Sardenberg says.

He started the presentation showing how the GDP of the world economy, important economic powers and of other South-American countries is growing more than Brazil´s GDP. He also presented numbers of inflation rates and interest rates in neighboring countries.

«But if comparing Brazil today with the Brazil of yesterday, things are improving», the renowned journalist said. He presented several indexes and graphs proving his statement.

«Inflation is under control, the interest rate index Selic is falling and GDP growing by 0,60 by September 2017. This is key to recovery and contributes to increased consumption.» 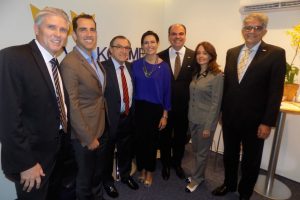 «But there is no doubt that Joesley Batista has made an impact on the market», he said, referring to the Batista brothers, who have involved many high level politicians in their statements to federal prosecutors.

According to Mr. Sardenberg, a lot now depends on the reform of the Brazilian pension system. The reform has significant support in the Brazilian Congress, but the reform also scares many of those who voted against opening an impeachment process against president Michel Temer, meaning the outcome is uncertain.

«The proposal of the government is a good proposal, but the government needs 308 votes in the House of Representatives, and does not have this amount of votes at the moment. The corruption allegations weaken the government further», Mr. Sardenberg commented.

So where are the question marks? According to Mr. Sardenberg, privatization programs and a reorganization of both government and government control entities will be fundamental going forward.

He spoke positively about the economic team of the current administration, and when looking forward towards the 2018 election, Mr. Sardenberg foresees a struggle between what he calls «the old» and «the new» way of doing politics, where the old politics would mean «business as usual» and let the politicians continue doing what they have always done, with corruption and inefficiency as a consequence.

«The problem is that the old politics is deceased but the new politics is not really clear to us yet. Where do we go from here?» Sardenberg asked.

This was not the first time Carlos Alberto Sardenberg spoke at an NBCC event. In 2011, he talked to NBCC associates during an event in Rio de Janeiro.