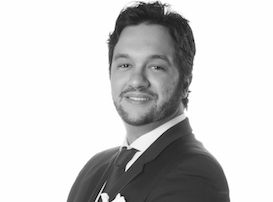 Glander International Bunkering concludes rebranding in Brazil, and by absorbing staff and know-how of former market leader, the international bunker trader and broker prepares to make an impact on the market in 2015.

When the Danish ship fuel supplier OW Bunker filed for bankruptcy in November, Glander International Bunkering also saw the opportunity to strengthen its position in the Brazilian market significantly. OW Bunker was the second biggest fuel supplier in the shipping market, and operating in Brazil since 2011.

“OW Bunker was a significant player in the Brazilian market, and Glander immediately acted to take in the entire team of OW Bunker in Brazil. It was a perfect match – an experienced team of professionals to give our Brazilian operations the direction we wanted, and the merger of our people, know-how and experience was simply an excellent overlap”, says Flavio Riberio (in the photo to the right), CEO of Glander International Bunkering in Brazil.

Credibility
Today he has a staff of 11 people, and they recently moved to new offices in Leblon, Rio de Janeiro. The company has two subsidiaries in Sao Paulo and Espirito Santo, and is also about to start the distribution of marine lubricants for Shell in the Brazilian domestic market. Glander also operates a double-hull barge with the capacity of delivering 600.000 liters of Marine Gas Oil, in Rio de Janeiro.

“Glander aims to be a “boutique supplier”, available to clients at all times. In the current scenario, it is vital to Glander International Bunkering to show the market and our clients that we honor our commitments, and have the financial capacity to deliver. Credibility is key, and we guarantee the supplier that he will receive what he pays for, with a key focus on high HSSE standards”, Mr. Ribeiro says.

Glander International Bunkering is a company in strong growth in the global market, and Mr. Ribeiro and his staff would like to see this happen in Brazil as well. He is careful in his choice of words, but expects the market to steadily pick up the pace in 2015.

“We see companies reducing activities in Brazil, assets that are being diverted, the oil price is plummeting, and there are a lot of uncertainties. The Brazil Cost is a problem. But we need to be optimistic, and as Glander International Bunkering supplies fuels and lubricants to the shipping industry in general, I believe that the market will regulate itself. I believe we will see some changes, but the huge planned investments in the Brazilian oil and gas industry will still take place, although maybe at a slower pace.”

“Our origins and our philosophy are Norwegian, and our ties to Norway remains. The offshore market is the main priority, and we have many Norwegian clients. Our ambition is always to improve our contact with clients and optimize the service we offer. We focus on quality and safety in operation rather than offering the lowest price, and this specialty approach to the bunker procurements is another reason why the blend of personnel and the new company is such a good fit. We have similar philosophies. The acquisition of the former OW staff was a turn-key solution for Glander to properly enter the Brazilian market. Brazil has always been a priority to our group, and this is the perfect opportunity to establish a strong basis here», Flavio Ribeiro says.