Ana Zambelli: In my view, adversity looks like an opportunity 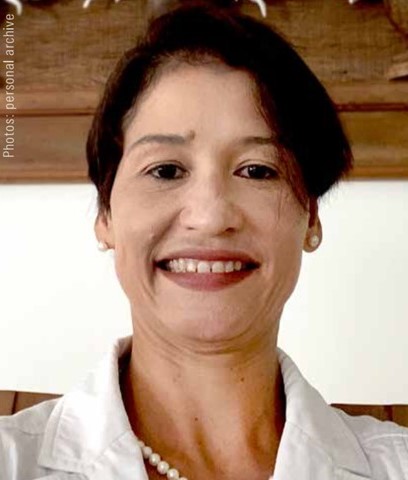 Since I was growing up, I have learned that we must not let ourselves be defeated by adversity. The path will be rocky, and stumbling is inevitable, but our force lies in knowing to get back up, to believe in our ability and to strongly embrace opportunities.

That statement, by Ana Zambelli, offers an insight into the determination of this executive – who has accumulated experience in seven cities in five different countries, over 22 years devoted to the oil and gas sector – as well as the courageous thinking of someone who believes that nothing is impossible and that there are always options.

While still at the UFRJ (Federal University of Rio de Janeiro), studying Mechanical Engineering, Ana joined Schlumberger without really knowing anything about the market, and ended up as the president of the company in Brazil. She recalls, “I fell in love with the company during the selection process, which included a weekend at the operational base in Macaé, with hands-on activities. I felt like a real engineer!”

During that path, which included a master’s degree and two postgraduate specializations, she perceived that it was necessary to be resilient, not only to deal with the male dominance in the profession, but to handle the working conditions. She clarifies, “At that time, the conditions in the field were arduous, the operating equipment was very heavy and the installations were limited, in the bathrooms and even in the cabins for overnight stays”

On the other hand, working with cutting-edge technology, extremely complex operations, the focus on safety and the environment when other industries didn’t even talk about those issues, as well as the broad diversity of nationalities, made the profession interesting for Zambelli, who saw Oil&Gas as on of the few industries that actually transcends barriers and makes people feel much closer to one another.

After 16 years, some changes of scenery, as she entered the senior management of companies such as Transocean and Maersk, working both inside and outside Brazil, until she felt it was time for a change of direction and choose some different options.

In the sphere of challenges, she believes the biggest one, for men and women in the corporate world, is to reconcile the professional life with the personal one.

She emphasizes that, “As executives, we give up a lot of our private life, for the company, for the business, so deriving great satisfaction from one’s work achievements, and having the support of the family, is essential to getting through it and overcoming the major challenge of being happy with the choices we make”