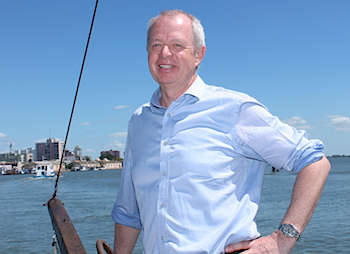 Since the signing of the MOU BN21 in November last year, several initiatives have been taken. But despite the progress, there are still significant challenges to overcome in the collaboration on R&D between Norway and Brazil.

The Memorandum of Understanding, called “BN21”, was signed by the Norwegian Deputy Minister of Petroleum and Energy, Mr. Kåre Fostervold, and the Brazilian Vice-Minister of Research, Technology and Innovation, Mr. Luis Antônio Elias, on November 25, 2013, during a seminar on R&D, innovation and industrialization in Rio de Janeiro.

Milestone
During the signing last year, Mr. Fostervold called the Memorandum a milestone, and described Brazil as a hub for research, development and deployment of new technology in the oil and gas sector.

“Norway has a genuine interest in partnering with Brazil. The world´s largest discoveries in recent years have been done here, and Brazil´s track record when it comes to breaking new ground in deep water, is remarkable. This is why so many companies and research institutions are present here. Achieving technological excellence cannot be done in isolation. On the Norwegian continental shelf, cooperation and interaction has created a climate for innovation”, Mr. Fostervold said.

The Memorandum of Understanding was signed by the Norwegian Deputy Minister of Petroleum and Energy, Mr. Kåre Fostervold, and the Brazilian Vice-Minister of Research, Technology and Innovation, Mr. Luis Antônio Elias, on November 25, 2013.The Brazilian government sees the Memorandum of Understanding as a chance to increase the exchange of students and researchers, and wants to establish “Technology Target Areas” for joint collaboration in areas like subsea technology, marine geology, enhanced geology interpretation, the use of nanotechnology, enhanced oil recovery and drilling.

The proposal from ANP on new regulations of the obligation to spend 1 percent of the revenues on R&D, is seen as a setback in this process of easening collaboration. The proposal is currently undergoing a public hearing process, and is expected to harvest criticism. The new rules will increase the power of the ANP in the decision making process related to research projects, and are also being labelled bureaucratic and focused on heavier state control.

“We know that there is an actual desire for a closer cooperation between Norway and Brazil, but at the same time we have to deal with framework conditions that make it very hard to invest and operate in Brazil. For an independent non-profit research foundation like Sintef the current environment is creating great difficulties. This is also something we share with many other players in the Brazilian market. Brazilian authorities welcome our presence, but the way they practice the regulations and change the framework conditions makes it difficult for independent research institutes in general to be here, and hampers the collaboration between Norway and Brasil. This is a paradox and a real problem”, says Kjetil Solbrække, CEO of Sintef Brasil.

Task force
Since the signing of the MOU last year, a government group and a stakeholder task force have been formed, and the different parties have met on several occasions. The BN21 Government Group is responsible for the overall governance of the collaboration, including the involvement of relevant government agencies and measures in support of collaborative efforts. The Stakeholder Task Force is responsible for submitting plans and proposed actions in relation to the aims, and consists of representatives from industry, research institutions and academia.

The different parties involved met in Rio de Janeiro in March this year. A meeting in May in Oslo was cancelled, due to the upcoming presidential elections in Brazil. A Norwegian delegation is also coming to Rio Oil & Gas in September, and BN21 will be on the agenda for the meetings planned during this visit.

Statoil and Petrobras are responsible for identifying the above mentioned focus technology areas.

Training
Several concrete actions have also taken place. In March, Åge Eikså from the Norwegian network Subsea North visited Brazil to better understand the lack of qualified professionals, frequently mentioned as one of the main bottlenecks in the Brazilian shipbuilding and oil and gas industry.

Åge Eikså is the CEO of Subsea North.Subsea North is a network of companies that offers a wide range of services, like technical training, consulting and logistical services. Subsea North expects a large growth of infrastructure in the maritime and drilling sector in the country. Technical training and exchange of knowledge is needed in emerging markets, particularly in Brazil due to the Brazilian local content requirements and the high activity level for both rigs and vessels.

Mr. Eikså visited the shipyards in Rio Grande do Sul, and at the Estaleiro Rio Grande 2, owned by Ecovix, a shipyard which is currently under construction, manager Lourenco Lustosa Froes, sees big opportunities for those offering training.

“I am here to map what the market down here is looking for, from a basic level to university level. Subsea North represents four different course providers. We are looking for a local partner, and my impression is that this is something the Brazilian industry gives a lot of priority. I see great opportunities here”, Mr. Eikså said.

During his visit, Mr. Eikså met with Senai, with local university representatives and with representatives from FIERGS, the federation of industries in Rio Grande do Sul. Subsea North also represents Trainingportal, with over 300 courses from 30 different companies.

Mr. Eikså´s ambition is to cooperate with both Senai and Brazilian universities, and the dialogue with Senai continues when a Brazilian delegation is coming to ONS in Norway this August. Together the involved parties will now try to define the most needed disciplines in the Brazilian market, all in close cooperation with Intsok, Innovation Norway, Prominp, IBP, Senai, Firjan, FIERGS and FIESP.

“In the MOU BN21, Brazilian and Norwegian authorities addressed the exchange of knowledge and technical training. We want to follow up this idea and are in dialogue with Brazilian counterparts. The lack of qualified manpower has great consequences to the industry as a whole. We are looking for needs, classroom facilities and partners, and have started to market a package of technical training within oil services and maritime, including several first class companies and institutions”, Mr. Eikså explains.

These are involved in the BN21 Government Group:

b) MinistryofExternalRelations(MRE)/ Brazilian Embassy in Oslo;

a) Norwegian Ministry of Petroleum and Energy (MPE);

These are involved in the BN 21 Stakeholder Task force:

e) SINTEF (Foundation for Scientific and Industrial Research at NTNU)

i) University of Stavanger