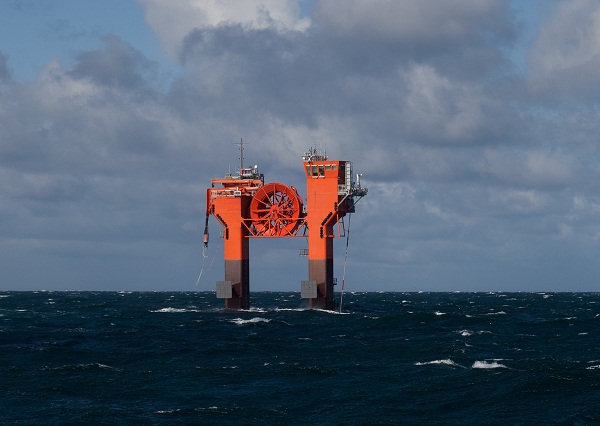 The drilling units are being built by the Keppel FELS group and all of them will be contracted by Petrobras in Brazil. To Keppel FELS, Marine Cybernetics was the preferred supplier of the hardware testing – which is now a requirement for all Petrobras rigs.

To Stein Eggan, chief executive officer at Marine Cybernetics, the contract represents the definitive breakthrough in Brazil and an important milestone in the history of the company, which has been “actively working to enter the Brazilian market”.

HIL testing, or hardware-in-the-loop testing, is the testing of computerized control systems. Marine Cybernetics was the first company offering this kind of service offshore, and the objective is to reduce the time and expense of developing new projects.

Pioneer loading vessel
In March, another Norwegian company, Remora, signed a 10 year contract to charter a crude oil offshore loading vessel to Petrobras. Petrobras is planning to use the vessel from FPSO’s in the Campos and Espirito Santo Basins.

“This is of great importance to Remora, and the breakthrough with Petrobras can open up for further strategic opportunities in a significant market to Remora, especially in Brazil, where a great share of the oil will be exported. With our solution, the oil can be loaded directly from the FPSO to the tanker, and the time and expenses required for reloading the oil from a shuttle tanker to a conventional tanker is avoided”, technology manager Svein B. Hellesmark explains.

The HiLoad DP vessel is a self-propelled unit that can attach itself to any type of tanker, to give the tanker full DP capability and keep it at a safe distance from the production unit during loading or offloading.

The vessel will commence operation later in 2013 and will be operated by Teekay, which is the main shareholder in Remora. The required modification work for the HiLoad DP to fit operations in Brazil has started in Norway. According to a company statement, the contract has a value of NOK 1.2 billion.

Recruiting Brazilians
Both companies have been working hard to position themselves in Brazil the last years. Marine Cybernetics has actively been recruiting Brazilians to the main office in Trondheim. This is part of the strategy laid out for the process of establishing the company in Brazil.

“The idea is that they will strengthen our position in Brazil even further when they go back to Brazil. Today we have 5 Brazilian employees in Trondheim, and the company has employees from 12 different nations”, Mr. Eggan informs.

Marine Cybernetics was founded in Norway in 2002, and has subsidiaries in Houston and in Rio de Janeiro.

Remora is an oil service company, focusing on providing the international market with innovative solutions for offshore loading of oil. The company was incorporated in 2002 and has its registered head office in Stavanger, Norway, with a branch office in Houston, USA.

Keppel FELS Brasil was established in 2000 as a wholly owned subsidiary of Keppel Offshore & Marine. The BrasFELS shipyard in Angra dos Reis enjoys a a comprehensive transfer of expertise, technology and systems from Keppel’s Singaporean yards to Brazil.