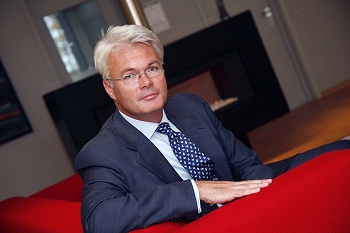 The new country president of Statoil do Brasil foresee big developments in Brazil the next years.

Thore E. Kristiansen replaced Kjetil Hove on January 1 this year, and as part of an upgrade of the importance of Brazil within the company, Statoil decided to move the responsibility of all operations in South America to Rio de Janeiro. Mr. Kristiansen was appointed country president for Brazil and Senior Vice President responsible for the totality of activities in South America.

Thore E. Kristiansen is the country president of Statoil do Brasil. He has been in Statoil for 26 years with a vast experience within upstream business, corporate business and downstream business in the Norwegian multinational.
“Brazil is the most important country in South America, where Statoil has the biggest investments, and foresee the biggest developments”, Thore E. Kristiansen says.

Mr. Kristiansen as held 13 different positions in 7 different countries during the 26 years he has been working for Statoil. He is graduated in Petroleum Engineering and also holds a business degree from the Norwegian School of Business and management. Last year he spent 196 days away from home.

The NBCC meets him in the brand new office locations in the former Manchete building in Gloria. The view from the top floor to the Guanabara Bay and the beach of Flamengo, is a alone a reason for wanting to come to work in Rio de Janeiro.

That being said, Mr. Kristiansen is no stranger to the country. He has had the responsibility for the operations in Brazil since 2008, and witnessed all the key milestones that Statoil went through this period, like the acquisition of the operatorship of Peregrino and then in 2011, bringing Peregrino into production.

And there is certainly no reason to believe that Mr. Kristiansen has come to Rio de Janeiro to quiet down. One of his main ambitions is to make Rio de Janeiro into one of the 3-5 international offshore clusters Statoil is planning to create by 2020. To reach that goal, significant production and an expansion of the exploration portfolio is of vital importance. Statoil do Brasil seems to be on the right track.

On July 19, a new production record was set on the Peregrino field, of 104.293 barrels of oil on one day. Currently the field is producing about 100.000 barrels a day, a milestone passed on May 9.

“Peregrino is developing very well, and what we are looking for and working on now is to further develop our asset base in Brazil. Our focus both business wise and strategically is to maximize the production on Peregrino as safely and prudently as possible. We have also found additional reserves in the Peregrino area, and believe there is a real possibility for a Peregrino Phase 2. We are working very hard to mature this, and see how we can we bring this into a commercial product. Most likely we will connect a third wellhead platform to the current FPSO. Within the next 6-12 months Statoil is also planning to drill an exploration well called Juxia in the Peregrino area.”

“The Pão de Açucar discovery on BM-C-33 is a huge discovery by all comparisons. As far as we know, this is the second thickest oil column ever found in Brazil. Within the next 12 months, an appraisal campaign will take place to understand what is really the potential, but estimates show there might be more than 700.000 million barrels of oil to be recovered and 3 trillion cubic feet of natural gas, so this is huge by any standard”, Mr. Kristiansen explains.

Statoil has done another interesting discovery together with Petrobras on BM-ES-32 in Espirito Santo, better known as the Indra discovery, and an appraisal/exploration well is being drilled to determine whether there are more reserves in the same area.

Seismic
In May, Statoil won 6 of the 8 blocks the company were after in the 11th ANP licensing rounds. This obviously implies huge investments the next years, and Statoil has committed to drilling at least 10 exploration wells on the 6 blocks, out of which Statoil is operator on 4.

“The first step is to shoot seismic of a 4000 square km big area. Most likely we will start this work in 2014. Based on the interpretation of the images, we´ll drill exploration wells. Any further investments are yet to be decided on”, Thore E. Kristiansen said.

New licensing rounds are coming up, first the 12th round involving onshore gas blocks, and next the so- called Libra round, involving the first pre-salt areas, with the new production share contract system in operation.

“Brazil is one of the most important countries in our international portfolio, and we will analyze all business opportunities within our business of interest, to assess whether they are so attractive that they would stand fit to compete in the global competition for company funds. Statoil has sizable onshore operations both in US, Canada and Algeria, and we will evaluate it, but it´s too early to say. We are in the midst of analyzing technical and commercial data for the Libra round, but the final conditions haven´t been defined yet.”

Uncertainties
Despite the positive outlook, Mr. Kristiansen identifies several challenges to Statoil in Brazil. The new production sharing contracts (PSC) regime is one of these challenges.

“The question is is how it will be handled and managed in practice. Another element to watch is how the new company Pré-sal Petróleo is going to operate. The capacity of the local industry to supply what is needed to develop the huge pre-salt fields is another uncertainty.

“There are clearly some governmental institutions in Brazil that really needs to be modernized and improved in order to be as efficient as international business really would like them to be. Some institutions pose a real challenge, because they are delaying the processes. It takes a lot of time to get the necessary approvals, certificates and documents.”

Mr. Kristiansen does however compliment Brazilian authorities on the way they have handled the transition from the old concessionary system to the production sharing system.

“Brazil deserves complement for the way they did this change. Brazil has been adamant about the fact that they are respecting existing contracts. The new regime will only apply for new contract, and that is very fair and admirable way of doing it, that has increased the confidence of doing business in Brazil and says a lot about Brazil and the way the government is running processes”, Thore E. Kristiansen says.