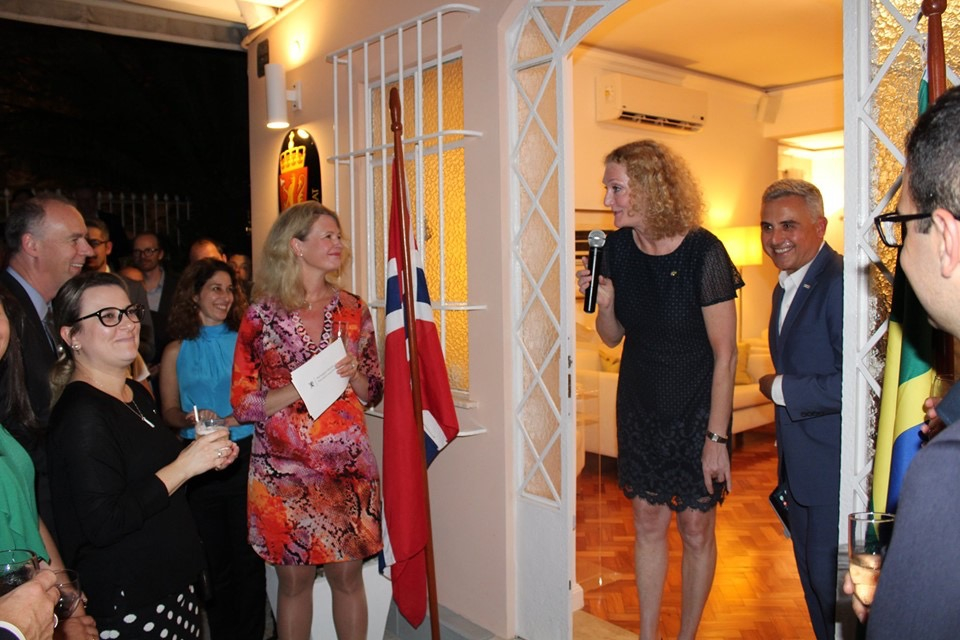 The Deputy Minister visited Brazil during the international oil and gas event Offshore Technology Conference and the several events during Norway Brazil Weeks. On October 28, she attended a reception at the residence of Consul General Marianne Fosland in Rio de Janeiro, organized in partnership with NBCC.

«It has been very inspiring to meet Norwegian players, who for several years have contributed to the creation of jobs in Brazil. The country is also one of the most important markets for the Norwegian supplier industry. Part of the purpose of my visit has been to meet the authorities, companies, the oil service industry and academia to discuss how we can drive technological development and competence enhancement for the future. It was also exciting to meet the authorities in Brazil and hear more about how they work to ensure a competitive oil and gas industry. It is a country of great economic growth and theenergy demand is expected to increase in the future», Mrs. Lønnum says in a press release summing up her Brazil visit.

On October 30, the Norwegian Minister was invited to give the opening remarks at Brazilian Norwegian Oil and Gas Symposium, an event organized by Innovation Norway, NORWEP and the Norwegian Consulate General in Rio de Janeiro, with the support of NBCC. During the symposium, Brazilian and Norwegian companies and government authorities shared the floor to discuss and explore oil and gas offshore challenges.

«Norway and Brazil are both energy nations with large resources of oil, gas and renewables. Hence we share some of the same challenges in the energy sector, and during my visit, I will sit down with our Brazilian counterparts and meet with Norwegian industry players with presence in Brazil. I will also be meeting with ANP and IBP, with Brazil´s Minister and Deputy Minister of Mines and Energy, representatives of the state of Rio de Janeiro and with EPE and ABRAN», Deputy Minister Lønnum says. 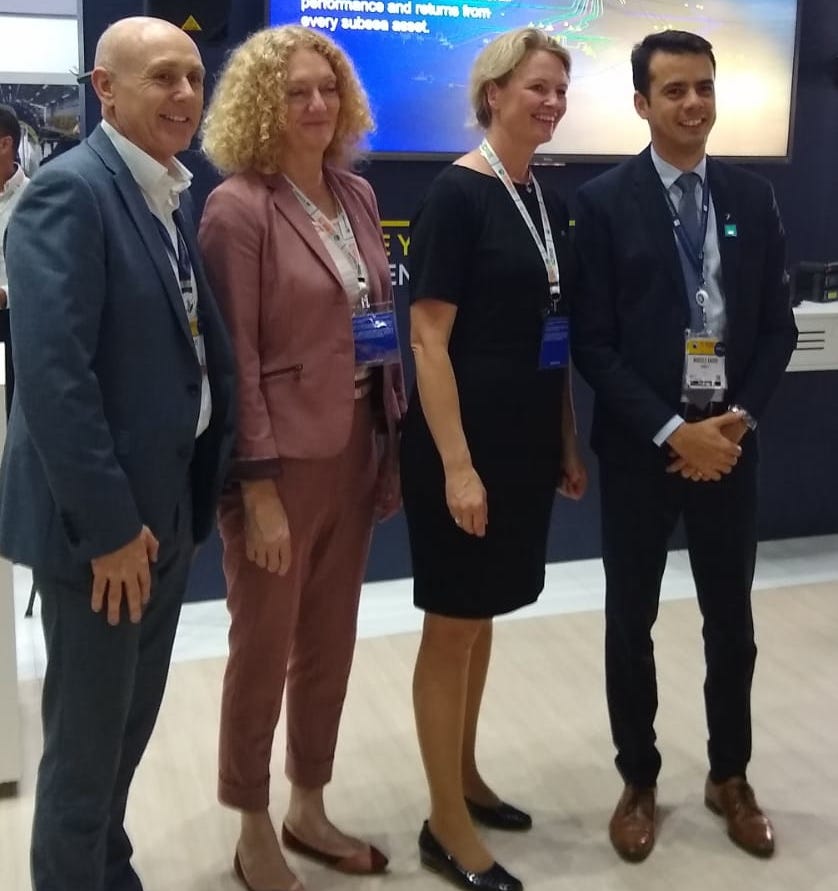 Liv Lønnum was present for the opening ceremony of OTC Brasil on October 29, and met her Brazilian counterpart Bento Albuquerque on the occasion.

Liv Lønnum was appointed Deputy Minister in the Norwegian Ministry of Petroleum and Energy in January 2019, and represents the Progress Party. This is her first visit to Brazil.

«I am really looking forward to the visit», she said in an email to the NBCC website prior to her arrival.

«I have heard that Team Norway is doing a great job in Rio de Janeiro and would like to compliment the work the Norwegian Consulate General, NBCC, NORWEP, Innovation Norway and Abran are doing», Liv Lønnum says.

Important market
A recent report from Rystad Energy shows that the international turnover for the Norwegian supply and service industry grew by 3 percent in 2018, totaling NOK 102 billion. NOK 12 billion of this are exports to Brazil, a reduction compared to 2017, but still 12 percent of the total international turnover.

«Brazil is one of the most important market for the Norwegian supply and service industry. Brazil is also important for companies like Statkraft, Equinor and Scatec Solar who all have activity here.»

Mrs. Lønnum believes that Brazil as a market for the Norwegian supply and service industry will grow the next decade, both within the renewable sector and the oil and gas sector.

According to the Rystad report, the global offshore market seems to have hit the bottom in 2018, and growth is expected in the years to come, primarily driven by a new wave of offshore projects that will be sanctioned the next 2-3 years. For South America, with Brazil as the main market, a yearly growth of 6 percent is expected.

Busy agenda
A roundtable event with Norwegian companies operating in Brazil across different areas of the petroleum E&P chain was also on the agenda of the Deputy Minister this week. During this meeting, she had the opportunity to meet representatives from a variety of companies, like PGS, BW Offshore and Equinor, MH Wirth, Kongsberg, DNB, PTC, Axess, IKM and Aker Solutions.

Energy is without a doubt a key word when talking about Norwegian Brazilian relations. Energy transition towards a sustainable society is a topic high on the NBCC agenda, and on October 8, a seminar addressed the impact of energy transition on the oil and gas and renewables sectors. This is also a matter that concerns the Minister.

NBCC: Is it the responsibility for Norwegian players to push the energy transition in Brazil?

«We will not be pushing energy transition in Brazil. I think Brazil will be quite capable to do this themselves. I am glad to see Norwegian companies like Statkraft, Equinor and Scatec Solar will participate in this energy transition through involvement in renewable projects in Brazil, within hydropower, solar and wind power», the Minister says.