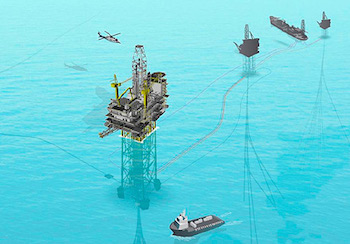 Following the sanction of the Peregrino phase 2 project in December, Statoil together with its partner Sinochem submitted the Plan of Development (PoD) to the National Agency of Petroleum, Natural Gas and Biofuels (ANP) in Rio de Janeiro on 30 January.

“Over its lifetime the project will generate several positive effects for Statoil’s supply chain and substantial tax incomes for Brazil. Peregrino Phase II will strengthen our position in the country and reinforce our long-term commitment for the development of Brazil”, says Pål Eitrheim, senior vice president and Brazil country manager.

The submission of the PoD to the Brazilian authorities is an important milestone. The Peregrino Phase 2 will enable the extension of the economic life of the Peregrino field in Campos Basin, Offshore Brazil.

Brazil is a core area for Statoil and Phase 2 is an important and strategic element in Statoil’s ambition to continue to build a strong position in the country. The Peregrino field has a good track record, with more than 90 million barrels produced since first oil, in April 2011.

Based on the current plan, Peregrino Phase II is expected to start production towards the end of the decade, but Statoil will make adjustments to the schedule should that be necessary. The project team will look into further savings through simplification, standardization and a tailor made execution strategy thus improving return over investment.

Project concept
The current solution consists of a wellhead platform with a drilling unit (WHP-C) tied-back to the existing FPSO Peregrino. The facilities contains standalone power generation and will export power to WHP-A.

Phase II will enhance production from the Peregrino field by increasing the number of production wells from a new area (Peregrino Southwest), which today is not reachable by the existent platforms A and B. A total of 21 wells – 15 oil producers and 6 water injectors – are planned to be drilled as part of the Phase II development.

All the production and injection wells in the Phase II development are planned to be drilled from one new drilling centre, WHP-C installed in 120 m water depth.

With platform C, the company will increase well potential and be able to continue producing in Peregrino field for a longer period of time.

The expected recoverable resources from the Phase II development within the concession period (until end of 2040) are 250 million barrels.