DNB in Brazil: A perfect match 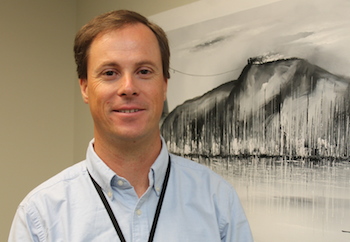 Head of the Norwegian shipping and energy bank DNB ASA in Brazil , Arne-Christian Haukeland, considers the SeteBrasil projects a main driver in Brazilian economy, and says DNB and Latin-America is a perfect match.

Norwegian DNB ASA has been present in Brazil since 1968, and is currently one of the leading shipping and offshore banks in the world, together with Swedish Nordea Bank. In Latin-America, DNB has a very strong position in the financing of projects in the energy and offshore sector, and according to IFC, the infrastructure arm of the World Bank, DNB has the second biggest portfolio in Latin-America, that is of loan participants in infrastructure projects.

A Brazilian-Norwegian project
In Brazil DNB is currently involved in the financing  of the SeteBrasil drill ships under construction in Brazil as their ECA advisor, in close cooperation with Norwegian GIEK, Eksportkreditt Norge, BNDES and UK Exim.

“This is something we have spent a lot of time working on and closely considering, and our conclusion is positive. DNB is committed to these projects, and believes in Sete Brasil”, Arne-Christian Haukeland (photo), Head of DNB Brasil, says in this interview with NBCC/Nordic Light.

Despite the positive evaluation, DNB sees several challenges, and Mr. Haukeland is more optimistic when talking about the oil-driven economy in Brazil than the Brazilian economy as a whole. It is however important to be aware of the pitfalls.

“You need to count in that challenges will occur in such a new and large project, but we believe that what Sete Brasil has planned, will materialize. Today we see a higher level of activity in the oil and gas sector, and more is happening than a year or two ago. New blocks have been auctioned off and new contracts are being signed. A lot is linked to Sete Brasil”, Mr. Haukeland says.

He even calls SeteBrasil a “Brazilian-Norwegian project”. A significant part of the contracts have been given to Norwegian suppliers, about 4-6 billion USD of a total of 25 billion USD.

“We expect big investments from Norway and about 25 different Norwegian companies have already been contracted as suppliers. A considerable share of the Norwegian companies active in Brazil is involved. This is extremely important to Brazil, but also to Norway and to Norwegian industry – for several years to come”, Arne-Christian Haukeland says.

Priority sectors
In Latin America, the DNB ASA has defined seafood, shipping and energy as focus areas, a strategy that is showing results.

“The sectorial approach is what differentiates us from other Nordic banks and by strengthening our competence and significance in the region, we can open doors to our Nordic clients”, Arne-Christian Haukeland says.

DNB currently has a regional presence in South America far more significant than any other bank in the area.

“It is a perfect match. In Chile and Peru our main focus is on seafood. Our energy related activities are becoming more important, mainly hydropower, but we also finance projects within solar and windpower. A lot is happening in this region, and we are strengthening our competence here”, Mr. Haukeland says.

Brazil, Chile, Peru and Colombia are the most important Latin-American countries to DNB.

“As a result of the company strategy, we have had the pleasure of working with big players  in Brazil, with international companies, and the experience we are gaining and competence we are building, is something very useful to Nordic clients. We have close relations to BNDES and IFC, an advantage also to smaller and medium-sized companies that we are big in other sectors”, Mr. Haukeland concludes.