Equinor ready to take next steps in Brazilian pre-salt 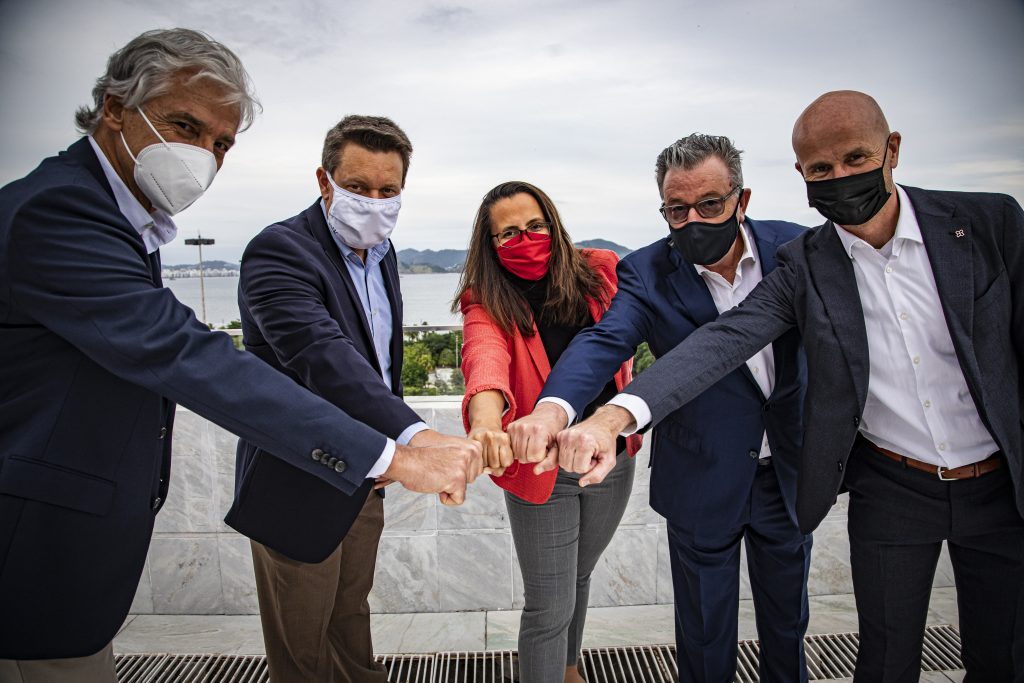 The final investment decision for Bacalhau phase 1 in Brazil has been reached, according to a press release from Equinor.

Equinor (operator) and ExxonMobil, Petrogal Brasil and Pré-sal Petróleo SA (PPSA) have decided to develop phase one of the Bacalhau field in the Brazilian pre-salt Santos area. The investment is approximately 8 billion USD.

“This is an exciting day. Bacalhau is the first greenfield development by an international operator in the pre-salt area and will create great value for Brazil, Equinor and partners. Good cooperation with partners, Brazilian authorities and suppliers has resulted in an investment decision for the Bacalhau field,” says Arne Sigve Nylund, Equinor’s executive vice president for Projects, Drilling and Procurement.

“Bacalhau is a globally competitive project with a break even below USD 35 in a key energy region. Estimated recoverable reserves for the first phase are more than one billion barrels of oil,” says Nylund.

The development plan was approved by the Brazilian National Agency of Petroleum, Natural Gas and Biofuels (ANP) in March 2021.

“Bacalhau is an important step towards the realization of our strategic ambition to deepen our presence in Brazil.  It is also an important project for the country, as it represents significant investments, ripple effects in the supply chain and local job creation,” says Veronica Coelho, Equinor’s country manager in Brazil.

“The development of the Bacalhau field is a strategic investment in our global portfolio and has the potential to bring high returns for ExxonMobil, our partners and the Brazilian people,” says Juan Lessmann, Lead Country Manager for ExxonMobil in Brazil. “This project has progressed due to the strong collaboration between ExxonMobil, Equinor, Petrogal and the government.”

“Bacalhau is a world class offshore project, with low breakeven and low carbon emissions. This project will significantly contribute to Galp´s continued competitive upstream growth. The investment is a testament to Galp’s commitment to continue to grow in Brazil, and its success will have positive returns for all of Galp’s stakeholders in the country and beyond”, says Thore Kristiansen, Galp’s Upstream COO.

“The Bacalhau field is an accomplishment over high-complexity technical challenges, without losing track of the positive economic and social aspects. The Bacalhau field represents the great benefit that foreign companies can bring to the development of the pre-salt and Brazil. PPSA feels honored with this highly cooperative partnership, which promises to generate excellent results for the country,” says Eduardo Gerk, PPSA’s President Director

First oil is planned in 2024. Due to the COVID-19 pandemic and related uncertainties, project plans may be adjusted in response to health and safety restrictions.

The development will consist of 19 subsea wells tied back to a floating production, storage and offloading unit (FPSO) located at the field. This will be one of the largest FPSOs in Brazil with a production capacity of 220,000 barrels per day and two million barrels in storage capacity. The stabilized oil will be offloaded to shuttle tankers and the gas from Phase 1 will be re-injected in the reservoir.

The FPSO contractor will operate the FPSO for the first year. Thereafter, Equinor plans to operate the facilities until the end of the license period.

Significant efforts have been made to reduce emissions from the production phase, including implementing a Combined Cycle Gas Turbine system to increase the energy efficiency of the power station. This gives an efficient electrical power production and flexible heat supply.

Lifetime average CO2 intensity is expected to be less than 9 kg per barrel produced, significantly lower than the global average of 17 kg per barrel. Work will continue through the lifetime of the field to reduce emissions and increase energy efficiency.