Gearing up for future growth 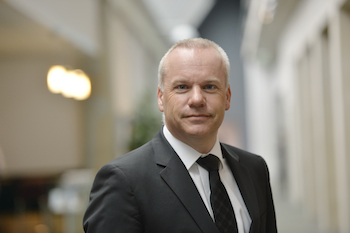 Statoil has great ambitions in Brazil, not only in oil, but also in gas and even renewables.
Continue shipshaping the organization was what Statoil´s new Country Manager Anders Opedal came to Brazil to do this January. In times of crisis this means cutting cost and creating measures to increase efficiency. But for Statoil the actual significance is taking operations to a whole new level. Within a few years, the Norwegian IOC aspires to go from a single field to a multi field operator.
Anders Opedal came from the position as the Chief Operational Officer responsible for the corporate improvement programs and for driving operational efficiency across Statoil´s business areas.
«In terms of prolific areas, there is nothing even close to Brazil. Statoil has already invested 10 billion USD here and plans to invest even more. My job is to create the right organization to make sure that we are capable of capturing that investment», Anders Opedal says in this interview with Nordic Light.
One of his main challenges the first months has been learning Portuguese. Deciphering recent changes in the Brazilian oil and gas industry is also taking some time. Still Mr. Opedal feels lucky.
«Changes mean uncertainty, but important steps have already been taken. The opening of the pre-salt polygon was probably the most important change. I am excited to see changes towards making the Brazilian oil and gas industry more diverse, and also to see that it is creating more opportunities for us and for the local supply chain», Mr. Opedal says.
Statoil has actively advocated its view on different arenas, and acquired Carcará South from Petrobras when the regulations of pre-salt operatorship was changed. On October 27 this year, ANP is organizing two pre-salt bidding rounds on one day.
«We aspire to be the winner of Carcará North and also become the operator of this field», Mr. Opedal admits.
This does not mean that the money is guaranteed, and Mr. Opedal makes it clear that changes – or lack of changes – in regulations, framework and legal issues might prevent the pre-salt oil from being a  profitable investment. Repetro is only one example.
«We have to prove our rights to get the money, and show the Statoil headquarters that we in the local organization are able to manage the risks and uncertainties present here», he says.
But it´s not all about oil. The presence of gas on the Brazilian continental shelf is also one of the factors that makes Brazil so attractive. The BMC-33 block in the Campos Basin is a combination of gas and condensate and Statoil is carefully studying how to proceed here.
«We think we can make a great contribution», Mr. Opedal says. IBP also thought so, and invited Statoil to be a part of the «Gas to Grow» initiative.
«We are actually selling and marketing in Europe twice the volume of what Brazil is using. We have also gone from being a monopolist to become one of many players on the European gas market. We support IBP´s initiative and would like to se Brazil tapping into our experience.»
But Statoil has even greener ambitions.
«As a part of our corporate strategy, we are also looking into new energy solutions, like wind and solar energy. Brazil is a sunny country and in the future, me might move outside oil and gas and expand our value chain in Brazil even further», Anders Opedal says.
By Runa Hestmann, NBCC journalist
(runa.tierno@nbcc.com.br)