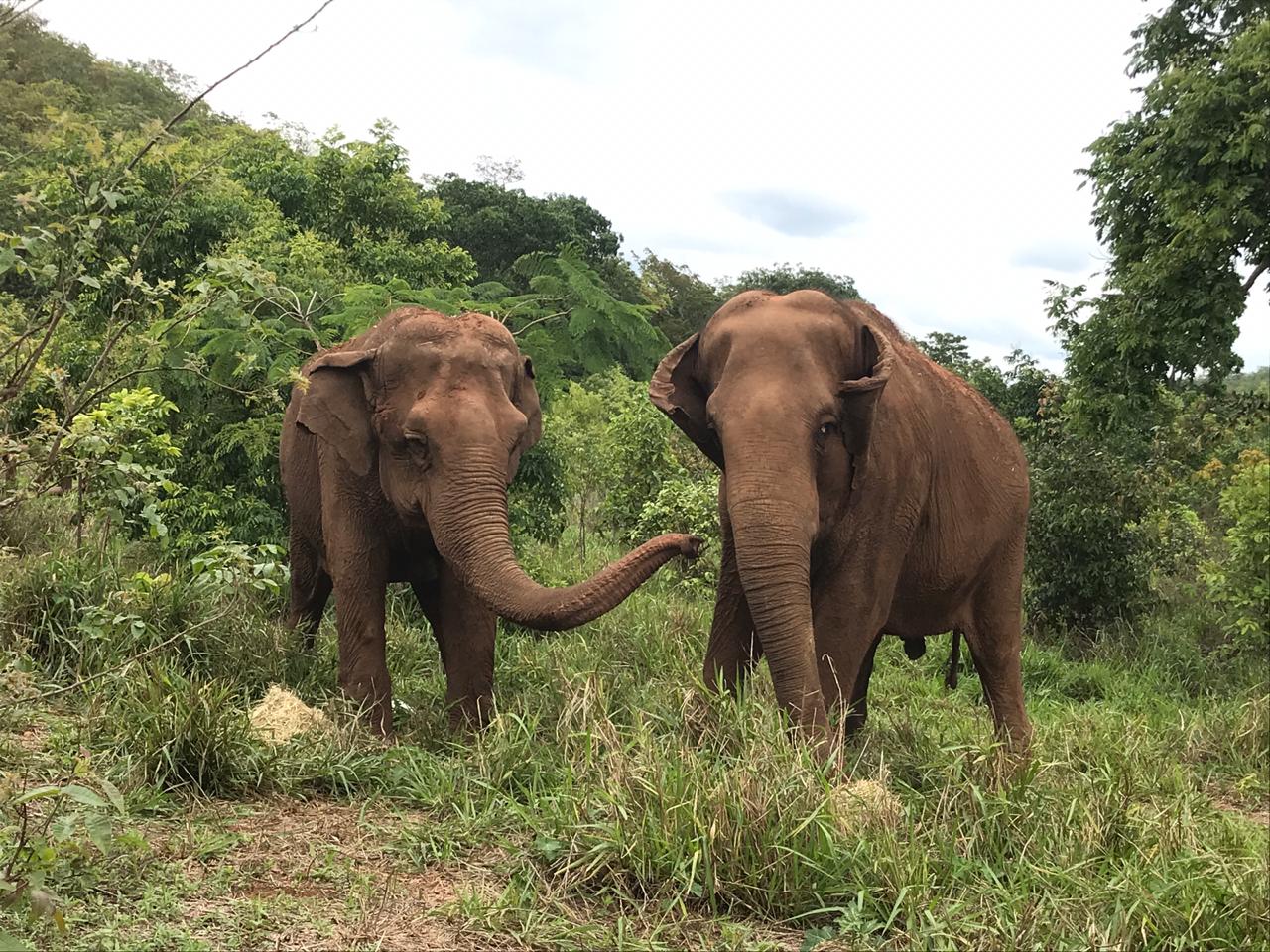 This is the story about a Norwegian economist and entrepreneur and how he got involved in the creation of an elephant sanctuary in Brazil.

Lady, a beautiful, but worn-out circus elephant from Paraíba is the newest inhabitant of the only sanctuary for elephants on the South-American continent, located in Mato Grosso, Brazil. There are no more than four or five such sanctuaries on the globe, and the Norwegian involvement in the wellbeing of elephants around the world is actually surprisingly big. 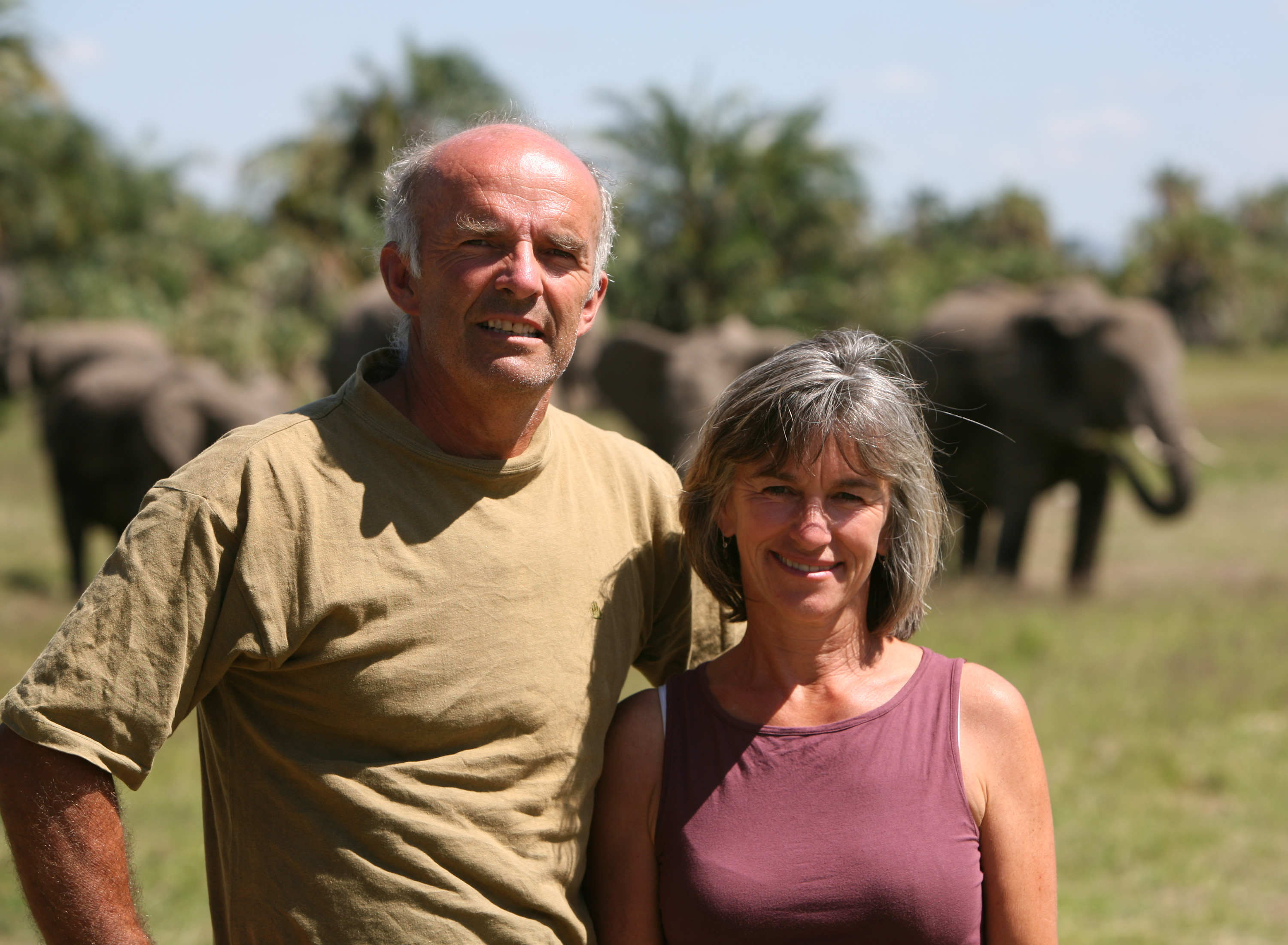 For more than 40 years, American scientist Joyce Poole, with a Ph.D. in elephant behavior, has studied the social ways and communication of elephants. When Petter Granli, a Norwegian economist with experience from both corporate level management and communication (Full BIO here), met Poole more than twenty years ago, his life took a new turn. He left his 8 to 4 desk job, and became deeply engaged in the work of improving the survival, lives and conditions for elephants on South American soil and elsewhere. This is his story.

“As a co-founder and initial CEO of an eco-tourism company, today named Basecamp Explorer, I met Joyce Poole in Kenya. Her research and elephant conservation work fascinated me from day one, and three years later Joyce and I agreed to work as a team for the interests of elephants. Being a non-scientist I felt it was important to share information about the amazing capabilities of elephants with as many as possible, to be a voice for elephants. With Joyce´s decades-long scientific background and a big network, we felt we had a solid platform for global outreach. Our main goal is to secure a future for wild elephants, but in collaboration with many others we also work hard to get elephants around the world out of circuses and bad zoos. Most people love elephants from when they are kids – if we want future generations to experience elephants, we need to show that we care”, Mr. Granli says.

Together, the American scientist and the Norwegian executive founded ElephantVoices in 2002 and launched the first version of their website . The mission of the organization is to advance the study of elephant cognition, communication and social behavior, and to promote the scientifically sound and ethical management and care of elephants. Their main focus is research and conservation projects in Africa, and most of their time and energy over the last few years has gone into projects in Gorongosa, Mozambique, and Maasai Mara, Kenya. From early this year they have been back in Amboseli in Kenya, where Poole started her elephant career in 1975.

From early on the couple wanted to utilize their knowledge about elephants in the wild to help captive elephants.

“Most people have no idea how much elephants in captivity suffer. Elephants in circuses, in tourist entities, or in other forms of human entertainment in Asia, Africa or the west, have gone through an extremely brutal disciplining and training. For this reason more and more countries are banning the use of elephants in circuses”, says Granli. Over the years Poole and Granli have provided lots of science-based information about this to Norwegian authorities, who finally, in 2016, banned circuses from having elephants in their shows.

Still no ban
Back to Brazil.

In 2010 a distressed email from a concerned Brazilian woman, pinpointing the horrible conditions that many Brazilian elephants live under, caught the attention of Granli and Poole. There is no federal ban on the exploitation of elephants in Brazilian circuses, but several states have such bans. In 2013 Granli and Poole joined forces with an American co-founder of an elephant sanctuary in Tennessee, USA, and the year after, Santuário de Elefantes Brasil (SEB), located in Rio da Casca, Chapada dos Guimarães, was established. 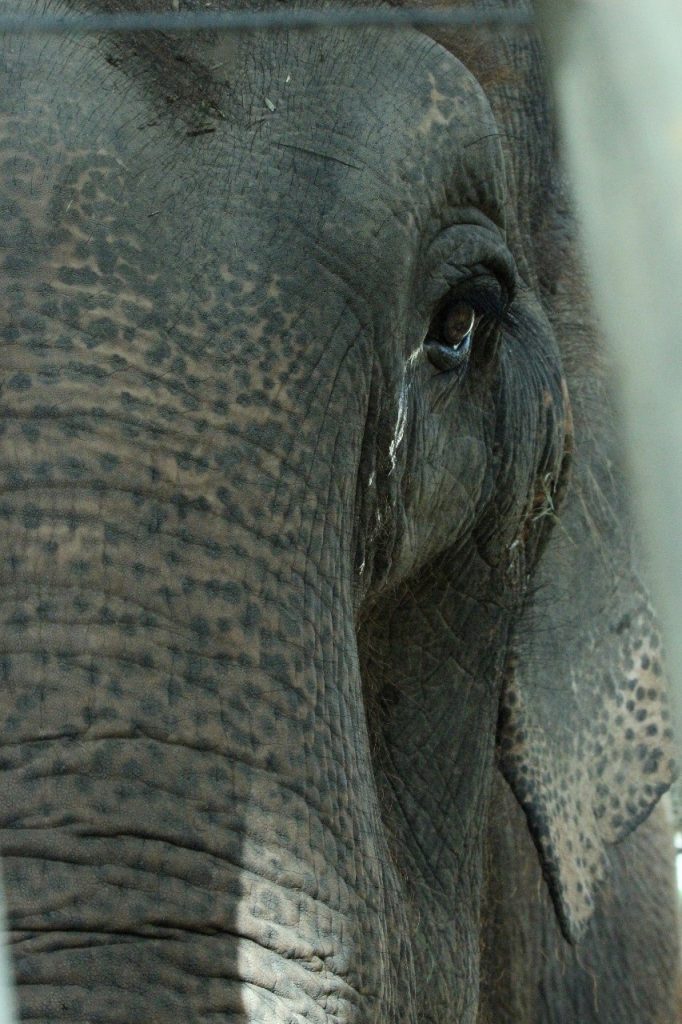 There are three elephant sanctuaries in the US, and in Europe, the first sanctuary is under construction in France. Photo courtesy of SEB

The two first elephants arrived at the sanctuary in Mato Grosso in 2016. Co-founder Petter Granli is on the Board of Directors of SEB, together with, among others, Ms. Ragnhild Lorentsen, daughter of a Norwegian princess and prominent businessman Erling Lorentsen. In 2019, two more elephants have found a safe home in SEB. Lady was the star of a Paraiban circus until 2012, when she was transferred to a zoo. Ramba, a circus elephant in her 50s, was flown to Brazil from neighboring Chile a few months ago.

Elephants can live for 60-70 years in the wild, but in captivity they rarely make it to half of that.

“These animals have had very hard lives, and it is very gratifying to see how quickly they transform when they come to SEB, and get the freedom and professional follow up they deserve. Elephants are intelligent and social animals that need others around, they need big spaces to roam and find food, and they need to be able to make their own choices to engage an active and intelligent brain. A life in most zoos, and even more in a circus, is extremely limited –  in terms of lack of space and stimuli you can compare it to living in your bathroom your whole life”, says Petter Granli.

When elephant Ramba arrived, you could accompany her arrival live on Facebook, and the cause is gaining substantial support and interest in social media. In the 1980s, Ramba worked in a circus in Argentina. Later she was taken to Chile. Unfortunately, Ramba died suddenly in December last year, but at least she found rest in the calm surroundings of the sanctuary in Rio da Casca.

Support from Petrobras
There are currently about 60 elephants in South America living in zoos or working in circuses. About 40 of them are in Brazil. Several elephants in Argentina and elsewhere on the continent are waiting to be transported to their new home in Mato Grosso. An increasing number of countries and politicians are concerned about the wellbeing of captive animals in general, and a species as big and intelligent as elephants in particular.

SEB also provides guidance and advice on how to improve the conditions that elephants are kept under. According to Mr. Granli, Brazilian authorities like Sema and Ibama are showing increasing willingness to discuss and support the approach taken by SEB, and the definition of decent conditions for these animals.

“An overall objective is for this sanctuary to be seen as a benchmark initiative, and we hope the authorities and more and more Brazilians will be proud about what this means for the welfare of the worlds biggest land mammal. Right now SEB is working to raise funds so that they can offer a home to another elephant called Kenya. And many other elephants are soon on the way, assuming SEB manages to secure necessary permits and monetary support. I believe it is important to Brazilian authorities to show that they are progressive, and the long-term success of this initiative will be an example of that”, says Mr. Granli.

The first fences in the sanctuary were built using old pipelines donated by Petrobras. Since then elephant health centers and other important facilities have been built on the 2400 acre sanctuary property. But the transfer of Kenya to SEB depends on the construction of the first phase of a secure habitat for African elephant females, with fencing being a major investment. To make this habitat available, the sanctuary needs money.

Kenya is 32 years old and currently lives in Mendoza, Argentina. Fences mean freedom for elephants like Kenya as in the Sanctuary she will finally be able to move around on a big space and thrive.

“Currently a major part of SEB´s funding comes from sources in the US, to a large extent through Global Sanctuary for Elephants that co-founded SEB together with ElephantVoices. At this point in time SEB is working hard to involve even more Brazilians and locals in the sanctuary efforts, while also aiming to get more support from Brazilian companies and individuals. Many are asking if the sanctuary in Mato Grosso is open to visitation, but currently the answer is no. This is partly because the animals in the sanctuary need peace, but also due the importance of having 100% focus on further development of the sanctuary facilities for the intended arrival of many more elephants during the next couple of years”, Mr. Granli says.

Would you like to give the elephants a gift?