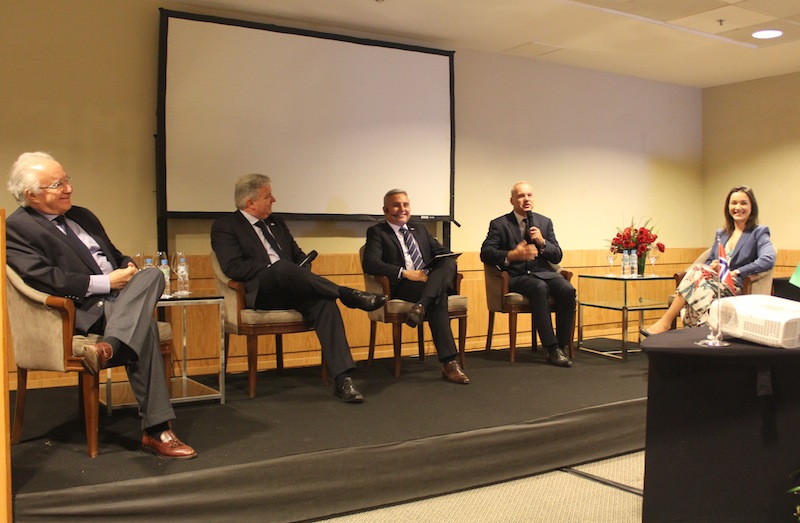 The stress test that democracies around the world are undergoing, was subject to debate during the traditional May 17 seminar this year.

This year´s traditional Business seminar on May 17, featured keynote speakers law professor Joaquim Falcão, the most recent member of the renowned Academia Brasileira de Letras, and Ilona Szabó de Carvalho, co-founder of Agora and executive director of the Igarapé Institute.

According to Professor Falcão, the Norwegian democracy is an exception in a global setting where many democracies are under duress. While the last century was the century where nations made the option of becoming democracies, the same nations are currently passing through the stress test of democracy, according to Mr. Falcão. USA Brazil and Spain are only a few examples.

«In the past we had a single model of democracy, a one size fits all, but this model does not fit anymore», Mr. Falcão said.

Local democracies are facing global problems like immigration, climate change, corruption, poverty, drugs and inequality. Once you have to rethink, or modernize the concept of democracy, you have a new role for the judiciary power, a new field to deal with, and the judiciary power is active as never before, interfering in politics and economy in a whole new way.

«You need to get used to the judiciary power interfering in your business, strategies and day-to-day life», he said to the executives present at the event. 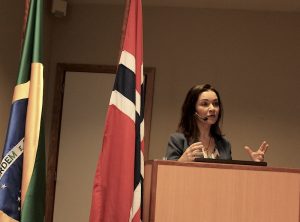 Mr. Falcão believes that factors like corruption and violence will influence voters in the 2018 Brazil election.

«For the first time, the link has been made between corruption, violence and a private appropriation of government resources. From an electoral point of view, this will result in instability, and we don’t even know the candidates yet. But we also need to look at what exists beyond the democratic institutions. From an institutional point of view, we live in a perfect democracy, but this is not enough. We also need strong market institutions. We need to remove the privileges that certain groups enjoy, to guarantee fair competition among businesses. There is a pact in Brazil between unethical politicians and business corporations that follow, a pact that has legalized practices, and their main interest is to maintain the current model. What we have seen, is a silent business community, and this is not good for business, for the market and nor for  democracy. A reform is needed, from an ethical point of view but also from an economic point of view», Mr. Falcão said.

Cleaning house
Ilona Szabó de Carvalho, co-founder of Agora and executive director of the Igarapé Institute, urged voters to step out of the comfort zone as the general elections are coming up.

«The moment requires that we push forward. We have reached a breaking point where we start seeing transformations, but our society is very polarized, in a time where we need dialogue This is a key challenge. The deep political crisis is making people lose hope, and this is dangerous», she said. The Agora movement is a civic movement that wants to have an impact on politics through influencing public policies and agendas.

«Brazil is trying to clean up its house, and there is a new understanding of consequences, a real potential for disruption. We want a new project for the country and we want to empower citizens of Brazil. This year´s election is going to be tough, and we don´t know how many will abstain from voting, how outsiders will do and how much support anti-democratic candidates will get. We don´t know if there will be a political down cycle before something new can arise. Political renewal is only starting», she said. 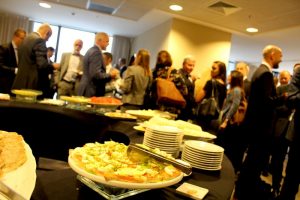 Tasty kick-off
The traditional May 17 breakfast seminar was hosted by NBCC and the Consulate General in Rio de Janeiro. Norwegian breakfast with both salmon and caviar was served to the participants before the keynote speakers took the podium. The event also featured a panel debate lead by Alex Imperial, Vice President of DNV GL South America and also Vice President of NBCC.

Both Ilona Szabó de Carvalho and Joaquim Falcão were on the panel, accompanied by Anders Opedal, Country Manager of Equinor Brazil and Mauricio Ribeiro, Partner at Vieira Rezende law firm.

The panel focused on how to create a positive transformational agenda, and Anders Opedal showed that international stakeholders can play an important part.

«We have had our cases of corruption that triggered huge internal reforms to make sure it could never happen again. More international companies are present in the Brazilian oil and gas industry today, and we see radical changes in the way we do business. We have to make sure this is not a paper exercise but represents actual changes in our practices», he said. 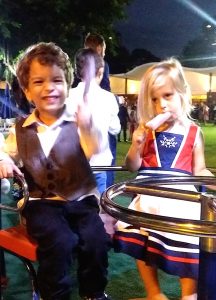 «The way we do politics and business in Brazil is deeply connected, not necessarily in a good way. Lavajato has shown rotten connections, and in October, we have an opportunity to revolutionize this – by voting well, Mauricio Ribeiro said.

The Norwegian National Day was also commemorated during a reception at the residence of Consul General Sissel Hodne Steen on May 16, and during a family event on May 17, where 250 people were present. The family celebration featured the traditional, colorful children´s parade, games like the potato race and the tin can tossing game, food, drinks and a greeting from Norway´s King HRH Harald himself, to the Norwegian community in Brazil.