How equality and diversity add value to business 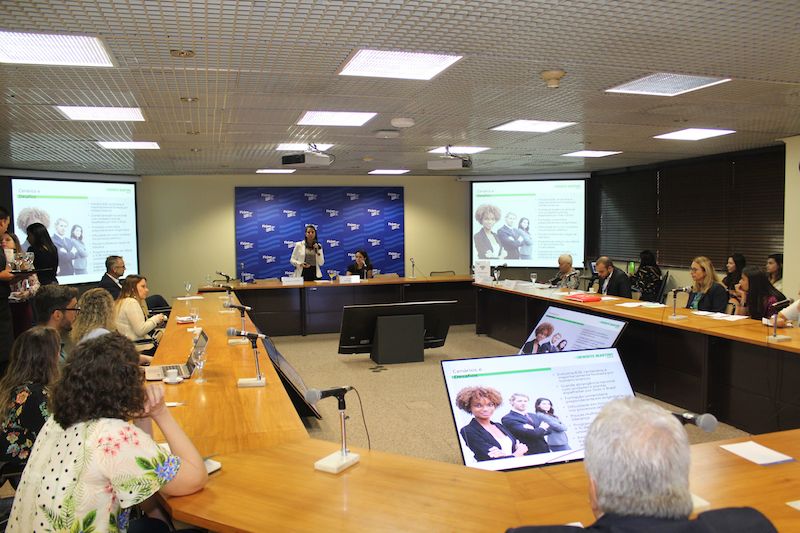 Innovation Norway and Firjan promote meeting on gender equality and diversity in the workplace.

The event took place on April 12, 2019 at Firjan in downtown Rio de Janeiro, and was organized with the support of NBCC, The Norwegian Embassy and The Norwegian Consulate General.

Innovation Norway, Firjan, Sebrae, Promundo and UN Women are currently developing a set of guidelines and different measures that are meant to improve gender diversity in companies, based on the fact that diversity improves productivity. 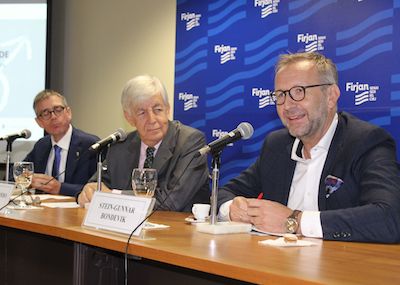 Rune Bjåstad, Carlos Gross and Stein-Gunnar Bondevik set the stage with their opening words. «This is a topic that is high on the Firjan agenda, and the companies play an important role, Mr. Carlos Gross (in the middle) said.

The meeting also addressed different solutions and strategies that add value to business, with a special focus on paternity and the role of men in the promotion of gender equality.

«There is a clear relation between gender equality and prosperity. Norway is considered the most gender equal country in the world. We are not perfect, but we have done some things right», said the acting Consul General of Norway in Rio de Janeiro, Mr. Rune Bjåstad, in his opening statement.. The ambition of the meeting was to share experiences and best practices from Norwegian culture and companies.

According to Director of Innovation Norway in Brazil, Mr. Stein-Gunnar Bondevik, gender equality is such a basic principle that it should´t even be on the agenda. He believes that laws and policies are required to guarantee advance.

«People and cultures are on different pages, and we even see people working actively against gender equality, and also unconsciously, in their choices and use of words. We need to come together, discuss and make policies, we need to fight. Without legislation, made in our parliament, step by step over the past 100 years, Norway wouldn’t be anywhere near where we are today. And we are not even close to the end, we still have a long way to go, and it cannot be done without policies, without force. I´m sorry to put it this way, but it needs to be done by force», Mr. Bondevik said. 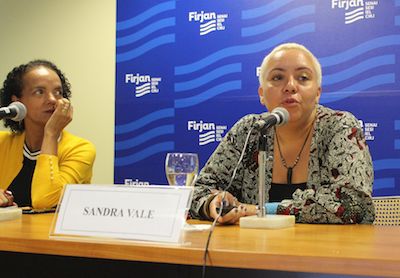 A challenge to men
The first invited speaker to share her thoughts, was Sandra Vale, representing the NGO Promundo. She drew a parallel between violence and the lack of equality, and focused on the role of men in order to achieve progress, and make them allies in the process.

«Men need to take a stand and position themselves to facilitate change. They should stop objectifying women, and take a firm stand against it, review their own attitudes and take responsibility. The participation of women in society allows us to build a better and less violent society. But it´s taking too long. In Brazil, 89 percent of women living in the cities have experienced violence in public.»

She referred to research that shows that US$ 28 trillion would be added to the global economy by 2025 if women in all countries had the same role as men in the labor market. Women still do ten hours more housework than men per week. Sandra Vale called fatherhood «a window of opportunity» in her presentation.

«In Brazil, men only have five days leave when his child is born. This is the way to go. We need better policies on paternity», she said.

Ana Paula Brandão, a manager at Canal Futura, shared insights into projects that Canal Futura is promoting. Several participants shared experiences from their companies, as well as frustrations, challenges and good examples that have in fact increased productivity and added value.

The value of a longer paternity leave
In a second session of the meeting, Mariana Simões from White Martins and Camila Manfredini from Equinor talked about how their companies are tackling gender related challenges.

White Martins has a predominantly male workforce and few women in leadership positions, and the company has created strategies and training programs internally, campaigns on responsible paternity, online training programs and guidelines. 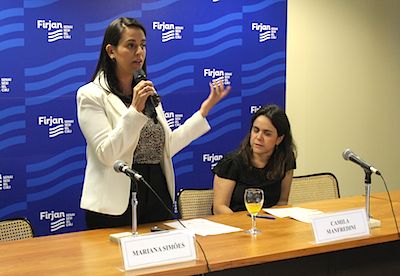 Actions to increase awareness on unconscious bias is only one of many actions adopted by White Martins.

«Gender equality concerns all of us, and we have been working to make men engaged. Commitment from the top leadership of the company is however fundamental», Ms. Simões said.

Camila Manfredini started her presentation explaining how the new name of her company also promotes equality.

«Equi» of Equinor means equality and equilibrium. We promote ourselves as a broad energy company and need broad diversity», she said.

The Equinor policy on diversity is based on the pillars gender, nationality, background and age. In Brazil, race and workers with disabilities are also included in these policies.

«Our president Margareth Øvrum is a pioneer in various aspects. She was the first female platform manager in the North Sea. We are on a good track and have good tools to improve the diversity of the company even further. But we also face challenges. In Brazil we are in fact not a diverse company, and have decided to change the way we recruit employees», Ms. Manfredini said. Instead of only hiring people fluent in English, they will provide English classes in the recruitment process, for example.

She also talked about the parental leave for Equinor employees. While the mothers have a six month leave after giving birth, fathers have the right to stay with their child for four months.

«This is a huge benefit for us, for Brazil, for men´s role as parents and for women in the recruitment process, as the maternity leave is no longer considered a disadvantage to women», she said.