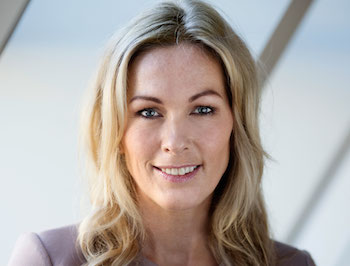 Anita Krohn Traaseth (in the photo) assumed the top position in Innovation Norway on September 15, 2014, and was in Rio de Janeiro for her first official assignment abroad. On November 4, 2014 she signed a Memorandum of Understanding with the Brazilian innovation agency Finep in Rio de Janeiro.

“I am in Brazil to sign this important agreement in the field of innovation and research and to meet my colleagues from Brazil, United States and Canada, who are gathered in Rio de Janeiro for a regional event this week. I need to get to know our people and understand what they need in order to figure out where adjustments are required and where we want to take Innovation Norway the next decade. It was great timing to combine this with an important milestone, signing a MOU with Finep, as my first official assignment abroad”, Anita Krohn Traaseth tells NBCC.

She acknowledges that Brazil has a high rank on the Innovation Norway priority list.

“Brazil is and will continue to be important, especially within the oil and gas industry, where our two countries have long traditions. Brazil is also showing interest for closer cooperation in other areas, like renewable energy and tourism, aquaculture and ICT. Norway is becoming an attractive destination for Brazilian travelers, and we would also like to establish closer ties in a renewable world.”

Mrs. Krohn Traaseth comes from the position as CEO of Hewlett-Packard Norge, and has also held top positions in companies like Simula Innovation (2005-2008) and DNV. She is pleased with the way Team Norway and what she calls «the Norwegian eco-system» operates in Rio de Janeiro.

“The good and close relations with the Consulate General, NBCC and others are vital to Innovation Norway and our mission here in Brazil.”

“In the 2015 national budget, the government increased our funding with 144 million NOK. At the same time, we were given clear signals on the need for increasing the efficiency in the administration of Innovation Norway, and we have initiated a very transparent and including process to map what we can improve to cut costs and boost our performance even more.”

This is also why Anita Krohn Traaseth is on a global speed-dating tour, and in Rio de Janeiro, she met with director Helle Moen and all the other colleagues at the Rio Office, as well as regional directors for USA and Canada.

“Last week I visited the Norwegian counties Sør-Trøndelag and Møre og Romsdal. This week I´m visiting Rio de Janeiro and Palo Alto, and next I´ll be going to Hedmark and Nord-Trøndelag before leaving for London and Singapore. It is quite a mix, and I expect to find the answers I need in this initial phase of my work with my colleagues around the world, and not with external consultants”, Anita Krohn Traaseth explains.

The new CEO, who is active on Twitter, has her own blog and launched her first e-book on Amazon this August, also found time for a samba class in her busy Brazil schedule.

“An opportunity you cannot miss when you are in Rio de Janeiro”, Anita Krohn Traaseth concludes.