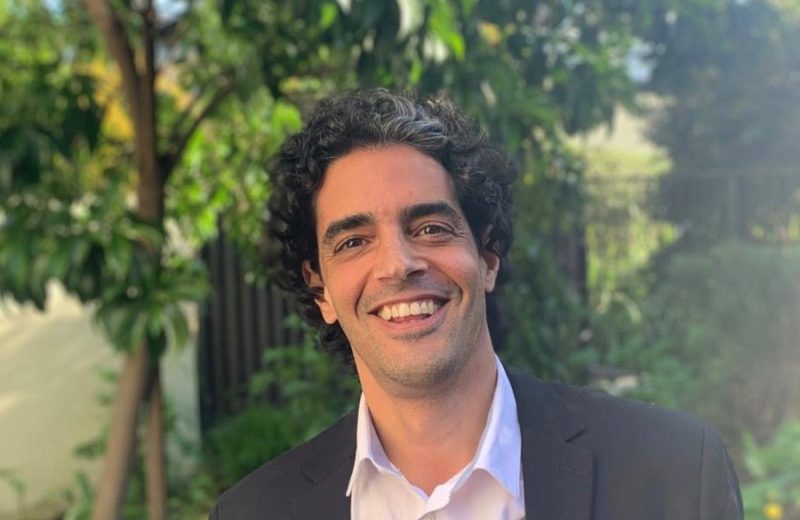 [ This article is written by  Márcio Calvet Neves, a Partner at NBCC associate Veirano Advogados, and NBCC would like to share it as a follow-up of the webinar we organized this August, on Corporate Social Responsibility. This article was originally published by the International Bar Association /IBAnet ]

For the purposes of this article, the term ‘tax strategy’ encompasses tax planning, tax lobbying and negotiation of tax incentives, and the definition of CSR is the one used by the Council of Bars and Law Societies of the European Union (CCBE): ‘an instrument of positive change inside businesses. It sets the framework and defines the manner in which a business must operate to be able to meet the ethical, legal, commercial and public expectations that a society has of any company’.[1]

The relationship between CSR and taxes is under researched and their interaction under practised. The current Brazilian scenario allows for multinational companies, aided by tax and CSR professionals, to show that tax strategy is an essential tool to help companies achieve the so-called triple bottom line, comprising social, economic and environmental responsibility. The Covid-19 outbreak will have a greatly detrimental impact on the economic crisis and existing inequality, but it will also bring to the surface numerous situations where business management will be faced with clear tax strategy opportunities. CSR will help companies deal with these adverse circumstances by considering all that is at stake.

CSR and taxes: why Brazil? Why now?

According to shareholder theory, the company’s single responsibility is to generate profits while following the law. One of its most well-known advocates, the economist Milton Friedman,[2] argued that when business executives practised any type of CSR, they were actually spending someone else’s money and assuming tax functions that belong to the government. He claimed that CSR leads business management to act jointly as lawmaker and executive, by making decisions on who and how much to tax and where the funds should be invested. His rationale was that CSR ignored the intention of most citizens, since it created tax obligations that were not instituted by democratically elected representatives. There are some flaws in this opinion, given that an aggressive tax strategy not uncommonly bends the rules established by Congress and it ignores the fact that businesses also depend on taxation. Just taxation benefits companies by allowing states to: build the infrastructure companies use; provide security to their activities and assets; offer education and healthcare to their current and future workforce; fund customs and protect borders, which are essential for their imports and exports; and, pay the costs of an efficient judiciary, crucial for enforcing contracts. It is incongruous for businesses to consider taxation as merely a cost they need to eliminate.

Shareholder theory is important, but many significant members of the international business community consider it outdated. In August 2019, approximately 200 CEOs in the United States’ most powerful enterprises issued a breakthrough statement[1] redefining the purpose of a corporation, abandoning the traditional view of strict profit maximisation and acknowledging that firms have a responsibility towards a greater range of actors, such as employees, community and government. The present corporate trend comes closer to the ideas of other economists, such as Nobel Laureate and President Clinton adviser Joseph Stiglitz, according to whom payment of taxes is the first element of CSR.[3]

Yet, up to now, there have been few situations in which CSR has been integrated into tax strategy. This seems contradictory with actions taken by businesses in other areas, such as the environment, diversity management and labour, where often it is accepted that the law provides only minimum standards to be followed by management. The exclusively rule-based rationale for tax strategy used by corporate management poses a constant risk of overlooking moral and social considerations that may result in business losses in the future. Although there are certainly challenges with applying CSR to tax strategy, such as the collective action dilemma, since a competitor not guided by CSR may initially have a financial advantage, experience has shown that this barrier can be overcome. For example, successful results in the fight against low-wage labour in the clothing industry has shown that companies using CSR, aided by immediate gains to their reputation, can end up better off financially than their competitors. Corporate codes of conduct have played a decisive role in better environmental, labour and diversity management. They can play a similar part in determining tax strategy. That said, why Brazil?

The Brazilian tax system was designed in the 1960s, during the military dictatorship that ended in 1985. It was improved by the democratic 1988 Constitution to better reflect a federative regime and delegate more taxing powers to states and municipalities. However, since the early nineties the tax system has been severely amended to mirror tax principles of the three-decade old Washington Consensus. This mix has produced a system that is characterised by broad-based VAT and reduced income tax progressivity. Companies suffer from uncertainty, many ancillary obligations, resistance to VAT refunds and a litigious atmosphere. Conversely, there are many loopholes.

Brazil is the textbook jurisdiction to integrate CSR into tax strategy because unfortunately it is simultaneously a country where inequality is flagrant and worsening, and where tax legislation provides a vast array of tax strategy openings, such as:

1. the deliberate postponing of payment of taxes and then lobbying or free-riding on amnesty programmes proposed by the executive and legislative branches of the federal, state and municipal governments;

2. taking advantage of race-to-the bottom tax competition between states and municipalities in order to secure the minimal amount of taxes on new investments without addressing the needs of the local community;

3. using loopholes in VAT taxation, especially due to new types of business arrangements and revenue streams created by digital services, to argue that the respective revenue is neither subject to state or municipal VATs; and

This context, characterised by inequality and tax strategy opportunities, has broadened under recent legislative developments. A study from the university Fundação Getúlio Vargas shows that the five-year period of extreme neoliberal reforms that the country has undergone has resulted in a 17 per cent income reduction for the bottom 50 per cent earners and a ten per cent income increase for the top one per cent. New tax legislation, such as Law 13.988/2020, has created further opportunities, for example, the granting of the tie-breaker vote on tax assessment judgments by the Federal Union’s Taxpayers Council to council members mostly nominated by industry, commerce and financial business organisations, a delegation of taxing powers that is unparallel in the world; and, in creating a permanent amnesty programme that may further encourage taxpayers to postpone payments. These changes may rouse corporate management to implement tax strategy without considering all possible impacts on corporate reputation and stakeholders.

The flawed tax system is ripe for reform and there are several proposed reforms in Congress. So far, businesses have sided with proposals such as the Constitutional Amendment Proposals Nos. 45 and 110, which simplify the VAT system, but do not consider the progressivity and inequality issue nor bring the overall system closer to those tested and in place in developed countries. CSR can help companies seriously consider supporting other legislative strategies, such as the so-called Solidarity Tax Reform, which, in addition to addressing business concerns, modernise the system in its entirety.

Integration of CSR into tax strategy should not be resisted by the tax industry and business executives. Bringing in a CSR specialist to discuss tax strategy will present new opportunities and reduce the never-ending cat-and-mouse game between businesses and the state, where both parties use their weapons without mercy. Business utilise their structural power with unfounded threats of investments strikes, employment risk and exit strategies, while the state often sees the taxpayer as an enemy. CSR will bring the parties closer to one another. Tax strategy has so far rarely been constrained by social pressure, given the strong ideological power that has made the public side mostly with business, but rising inequality is changing this perception. Using CSR for tax strategy will be an important business asset in terms of reputation. Finally, integration of CSR will also reduce business costs involved in continual monitoring, sanctions, and tax compliance, all of which are extremely high in Brazil in comparison with other countries.

This article has argued that 2020 is the ideal time and Brazil the ideal jurisdiction for business management and tax professionals to show the world how CSR can be integrated into tax strategy to produce just outcomes without abandoning the quest for profitability. Those businesses that do respond to this call will face two streams of opposition: in the first place, from the historical ideological power of business grounded on shareholder theory, responsible for the outdated notion that tax is inherently a cost that should be reduced to a minimum irrespective of ethical and social considerations; and secondly, from arguments that the application of CSR when deciding tax strategy could violate the executive’s fiduciary duty. With respect to the first point, it is time to fully adopt stakeholder theory, including when determining tax strategy. The answer to the second point can be found in soft law, such as in company codes of conduct, many of which already support executives to strategise with the aim of reaching the triple bottom line. It is time to acknowledge that tax strategy is both a legal and a CSR issue. By living up to this standard, Brazil will generate a myriad of opportunities, but also help business do what is right.

This article was originally published by the International Bar Association /IBAnet