Libra round coming up 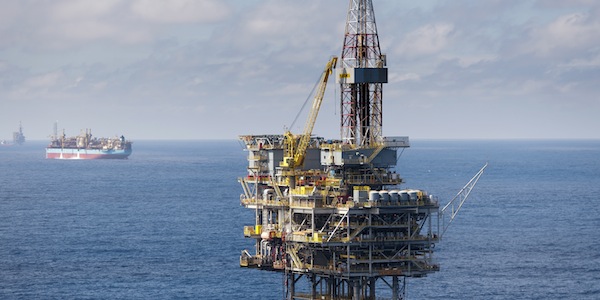 With three oil & gas bidding rounds taking place in Brazil in this year, 2013 has been an exceptionally busy year for ANP, the National Agency of Petroleum, Natural Gas and Biofuels.

In May, when the 11th round offered 289 blocks in 11 different basins under the concession system, Statoil gained right to explore six oil fields in Espírito Santo Basin. The Norwegian company is already present in other basins, and it has also made discoveries in areas inside the ES Basin.

The 12th bidding round is expected to happen in November this year. 240 blocks will be up for auction and part of those blocks corresponds to shale gas reservoirs, an energy source that has been the cause of long discussions concerning environmental impacts and high profitability in several countries. Its exploration was prohibited in countries such as France and Bulgaria, and in the meantime it has changed the energy matrix of the USA.

Risky
US Energy Information Administration (EIA) estimates that Brazil is the 10th country with largest shale gas potential. President of the Brazilian Institute of Petroleum, Gas and Biofuels (IBP), João Carlos de Luca stated earlier this year that the environmental risk is related to the depth of the gas, being that the reason why it is an invalid alternative for the French market. Also, the future scenario needs to be evaluated, and this energy will be necessary.

Yet another ANP round has attracted world’s attention. The Libra Field, which will be bid in October and ruled by a different type of contract system, is the primary Pre-Salt area discovered in the country. ANP itself drilled what is the largest oil field in the country in order to evaluate it. Libra Field’s depth is approximately 5.000 meters.

Although Brazil has issued concession contracts since the first national oil bid, Libra will be offered under a production sharing contract. In this new system, Petrobras is the exclusive operator. The state-owned company has to participate with at least 30 percent, and other companies can dispute the remaining 70 percent.

A second and recently created state-owned company called PPSA (Brazilian Oil & Gas Administration Company) will have no participating interest in the field, but will have a 50 percent vote on decisions made by the operating committee and veto power over some decisions. Connected to the Ministry of Mining and Energy, PPSA will be responsible for managing the Pre-Salt PSCs.

Among the terms of the new contract, there is a limitation of 50 percent of gross production value in the first two years of production and 30 percent in subsequent years that need be reserved to cost recovery. In addition, the PSC is expected to have a 35-year term, a rather long contract if compared to the Australian 20-year team. The local content requirement will be 37 percent during exploration, and during production it will range between 55 and 59 percent.

Decisive moment
It is important to highlight that PSCs are neither better nor worse than concessions. It is every country’s decision to implement the contract model that best suits its tax rules. Statoil shows interest for the Brazilian Pre-Salt, but still needs to evaluate the new contract model that will be implemented. One thing we are all sure of, is that the Brazilian O&G market is now going through an important and decisive moment.

The photo is an illustration and shows the Peregrino platform A. Photo courtesy of Øyvind Hagen/Statoil ASA