Economist Marcos Lisboa to NBCC: By discussing our problems we can change Brazil

The tax system, the cost of the public sector and judicial uncertainties are all factors you need to take into account to understand Brazil´s current economic condition.

In a webinar organized by NBCC, with the support of Swedcham, on March 11, 2021, Brazilian Economist Marcos Lisboa provided various interesting economic insights to the audience. Marcos Lisboa is the President of Insper, a leading not–for–profit business and economics school in Brazil, and from 2003-2005 he served as Economic Policy Secretary in the Brazilian Ministry of Finance. From 2006 to 2009, he served as Executive Director at Itaú Unibanco. 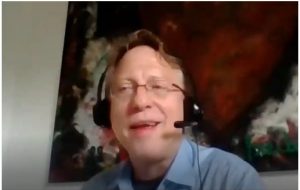 Mr. Lisboa listed several challenges that the Brazilian economy is facing in his presentation to the webinar:

“Brazil has been a slow growing country for decades, and the explanation lies in the many structural problems of the country. We have a perverse tax system that induces deallocation of capital, a closed economy, very disproportional public spending and also very inefficient public expenditure. No reform will reduce mandatory expenses or public payroll in Brazil. You can only try to reduce growth of our public sector”, he said.

Mr. Lisboa sees great opportunities for Brazil in the oil and gas industry, but is afraid that regulatory uncertainties might pose a problem. One of the most serious problems the country is facing, is in his view the increasing judicial uncertainties, where judges change the rules of the game with their decisions.

According to Mr. Lisboa foreign investors are reconsidering Brazil, and the reason is broken promises from the federal government and the above mentioned structural problems of the country. 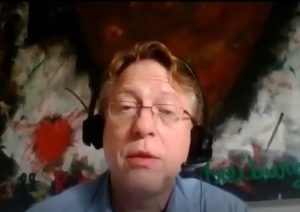 “On a short term I believe we have difficult months ahead. Inflation is a problem and the Central Bank should increase the interest rates. We are in the beginning of a recession. But despite all of this, I believe in the future of this country”, he said.

Although Mr. Lisboa started off on a somewhat pessimistic note, he guarantees that he believes in Brazil

“I think we can change Brazil, by acknowledging and talking about our problems, not by being mere cheerleaders”, he said.