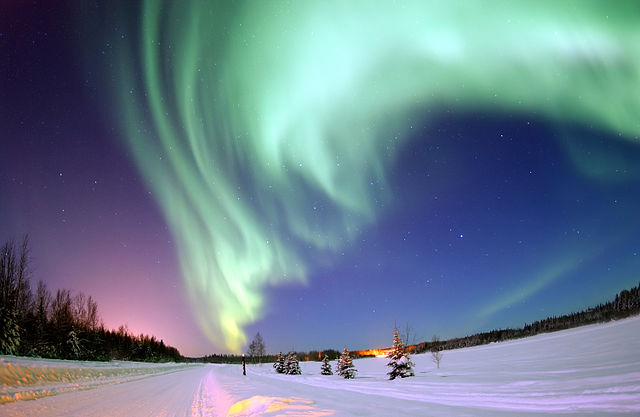 The Brazilian company Global Vision Access and the tourism division of Innovation Norway have reached a deal on heavier marketing of Norway as a tourist destination to Brazilian travellers.

The new partnership aims to show how nature is a passion to Norwegians. Norway is “powered by nature”, as it says in the commercials.

In a recent press release from GVA it says that Norwegians are surrounded by beautiful fjords, enormous glaciers, an abundant wildlife and a lot of options within aquatic and radical sport activities.

Photo courtesy of WikimediaAccording to Heidi Dahl, head of the tourism division of Innovation Norway, more and more Brazilian tourists find their way to Norway.

“Our first priority will be to introduce Norway to the Brazilian tour operators, give information and educate travel agents and work to increase the media coverage”, she says in a press release from GVA.

The CEO of Global Vision Access, Gisele Abrahão, is very happy about the new partnership.

“Norway is a destination full of new oportunities for Brazilian travellers. The climate is different, and the landscape is so beautiful that it is almost surreal, the espectacular aurora borealis and the renowned bacalhau are some of the many attractions. We will produce marketing material in Portuguese and build up a structure”, she says in the press statement.

Frozen setting
It was also the nature and culture of Norway that inspired the setting for Disney’s magical adventure Frozen, complete with ice and snow, castles, mountains and fjords , something GVA and Innovation Norway are using actively in the marketing of Norway as a travel destination.

After traveling to several Nordic locations, the art direction team of the movie settled on Norway as the perfect backdrop for the fictional ice kingdom of Arendelle.

The Norwegian influence is reflected not just in the wintery landscape with snow-capped mountain tops and deep fjords but also in characteristic Norwegian elements like the ancient stave churches, the traditional Norwegian folk costume the bunad and even in the typical Scandinavian hairstyle with braided plaits.

“Norway offered a cultural backdrop we’d never explored before and we thought, ‘Wouldn’t it be great to blend its dramatic environment, architecture and folk costume aesthetic?’ It feels like a world from a classic Disney film, but it’s completely new”,  art director Mike Giaimo explains on the Visit Norway website.