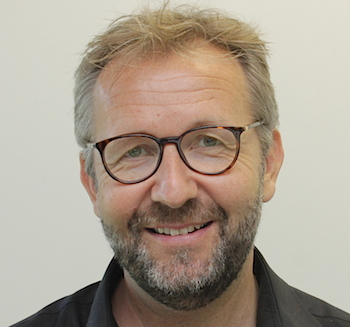 «I want both Norwegian and Brazilian stakeholders to see Innovation Norway in Brazil as a relevant partner, a partner that adds value», says Stein-Gunnar Bondevik.

Gaining international experiences is something that both Mr. Bondevik and his wife Sissel have always considered important, and timing was perfect when the vacancy for the top position at the Innovation Norway office in Rio de Janeiro opened. Now Stein-Gunnar Bondevik has signed a three year contract with IN Brazil, but the contract can be extended for another two years.

«We wanted to live abroad and get to know a different culture, and I grew very fond of Rio de Janeiro, the country and the culture after spending some time here last year. I felt that this was a place where I could thrive and do well, professionally. I am outgoing, communicative and informal as a person, and think this is a good fit for Brazil.»

The last four years, Mr Bondevik has been the director for the IN office in Troms and Svalbard in Northern Norway, and the in house experience is something he intends to put to good use in Brazil. The couple arrived in Rio on July 21, and has already settled into an apartment in the Urca neighborhood, not far from the IN office in the Rio Sul business tower. His wife, Sissel Tjosaas, has taken a temporary leave from her position as HR director of the University of Tromsø. The couple has 5 children aged 18-23 from respective previous marriages, and next year Stein-Gunnar’s youngest daughter will join them in Rio.

«It was a giant leap, as both locations are very exotic in their own way. I am looking forward to seeing how I can use my extensive network and knowledge about the IN system at home to recruit businesses and convince the right companies to invest in Brazil. My ambition is to create tighter relations between the Innovation Norway offices at home and the Brazil office. No one knows the companies and their potential better than the local staff at the IN offices around Norway. I would like to contribute to making the process smoother, and want the companies to experience Innovation Norway as one organization both at home and abroad.»

In 2015, Stein-Gunnar Bondevik spent 6 weeks at the Rio office, and he already knows the colleagues and routines at Innovation Norway and at the Norwegian Consulate. Learning Portuguese is on top of the priority list these first months.

«I am very eager and very motivated to learn Portuguese, and I intend to reach a solid level quickly. My wife will also join me. Our desire is to live integrated and well functioning lives here in Rio.»

Key sectors
Mr. Bondevik also has 10 years experience as a communications director, that is a vast experience in handling politicians, press and top level bureaucrats, and a solid network he intends to use wisely in his new job. He lists tourism, defense/military, research and seafood as his areas of expertise, but guarantees that he is also familiar with the oil and gas industry.

«The North of Norway is a new oil province, and the industry is still in an early phase of development. Learning even more about the oil, gas and maritime industries is also something I will give priority during my first months in Rio. The oil and gas industry will remain a key sector despite the current down cycle. But I also intend to work closely with the Norwegian Seafood Council in Brazil, and renewable energy, ICT and tourism are other focus sectors to us», he says.

Mr. Bondevik believes there is a potential for increasing Norwegian activities and participants in the Brazilian aqua cultural sector, supply industry, increase competence and map the opportunities, not only in Brazil but in other South American countries like Chile and Peru.

Compliance is also something the new director finds fundamental.

«We need to make sure that all the business activities that we get involved in, respect local laws and the country we are operating in. We are not getting involved with anything that cannot bear the light of day. The Lava Jato investigation has made headlines around the world, the economy is suffering and investor confidence falling, but we see that the involved are getting caught and this is great news for the future of the country. What we can do, is to take the long term approach and not panic. What I see is that Norwegian authorities still believe in Brazil and believe that the market will stabilize and get back on track with new growth and increased investments.»

His ambition as IN director is to contribute to realizing more of the potential in the seafood and aquaculture sector, involving more stakeholders traditionally considered as part of the oil service and supply industry.

«We need to consider all the sectors as users of the oceans and take a more comprehensive approach, and I would like to see more Norwegian players in Brazil, sharing their experience and expertise.»

Getting the priorities right and making sure that the Brazil office focuses on the right projects is something he sees as a challenge.

«We need to find the balance between motivating and warning. But my job is primarily to point out the opportunities that exist in Brazil. In order to give the right kind of advice, it is fundamental to understand Brazilian business culture. We are here to serve Norwegian stakeholders in the country in the best possible way, and in order to to that, I also need to build a solid network of Brazilian stakeholders.»

Door-opener
Up until May of this year, Stein-Gunnar Bondevik was also the president of the Norwegian Volleyball Federation, and his knowledge and interest in volleyball is certainly a door-opener in a country like Brazil, where volleyball is considered the second national sport after football. He is also very fond of music, plays several instruments and would like to learn both samba and bossa nova.

Mr. Bondevik sees great differences between the culture and working environment in Norway and Brazil, and it is not really news to anyone that Brazilians are known to relate to time and being on time in a different way.

«The Brazilian way was actually something I missed when I returned to Norway last year. It seems that you have a more relaxed approach here. Brazilians are definitely very committed and willing to work long hours, but Norwegian seem to be a bit caught in a culture where the clock is dictating your work routines. Norwegians also seem to be more stressed out at work and very busy. Brazilians are more relaxed and to me, this is a sign of a sounder working environment», he thinks.