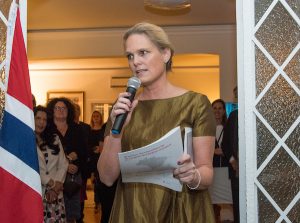 Norwegian investments in the oil & gas, offshore and maritime sectors in 2016 reached the highest levels ever recorded.

The investments are lead by Statoil, who in 2016 signed a deal worth USD 2,5 billion involving the acquisition of a 66 % share from the offshore license BM-S-8, the Carcará field, and the positive investment trends for the offshore sector is only one of many interesting numbers in the 2017 Edition of the report «Norwegian Investments in Brazil».

The 4th edition of the report shows that the accumulated Norwegian investments in Brazil have reached USD 21,3 Billion, and that the investment increase was 27,6 percent from 2014 to 2016. Norway is now the 8th largest investor in Brazil, and Norwegian investments contribute to economic development and to job creation in Brazil. This was something the Norwegian Deputy Minister Minister of Petroleum and Energy, Mrs. Ingvil Smines Tybring-Gjedde, drew the attention to during the launch of the report. 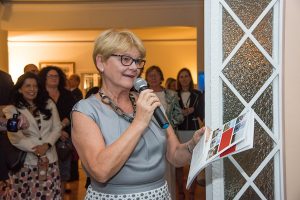 «This report is a page turner. and it is very positive reading: Norwegian companies are responsible for generating over 500.000 indirect and induced jobs in all sectors, and this represents 0,6 percent of the overall workforce in Brazil. 77 percent of these jobs are generated by Norwegian entities in the offshore, maritime, oil and gas sectors», Mrs. Tybring Gjedde said.

The report was launched during a cocktail reception in the residence of Norway’s Consul General in Rio de Janeiro, Mrs. Sissel Hodne Steen on November 8, 2017. The launch was part of the agenda during the first Norwegian-Brazilian Business and Science Week, which took place from November 6-13, and featured 13 different events in four Brazilian cities.

«I want to congratulate you on this first business and science week. I am so impressed with the level of the participants and of the speakers, and hope you will do this again», the Deputy Minister said. 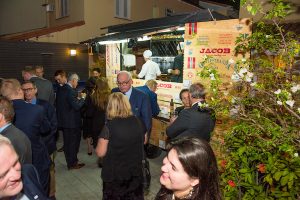 179 Norwegian companies have activities in Brazil, and another interesting detail in the report is the remarkable increase in investments in renewable energy, climbing from 6 to 13 percent.

The report also shows that Norwegian companies are now becoming profitable and increasingly reinvesting their profit into their Brazilian operations.

Good business prospects is the main reason why Norwegian companies invest here, while political instability is the biggest concern.