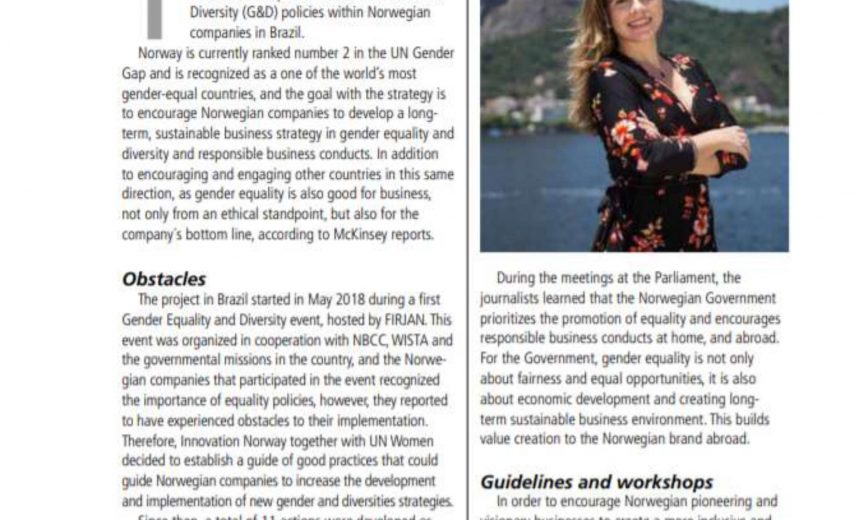 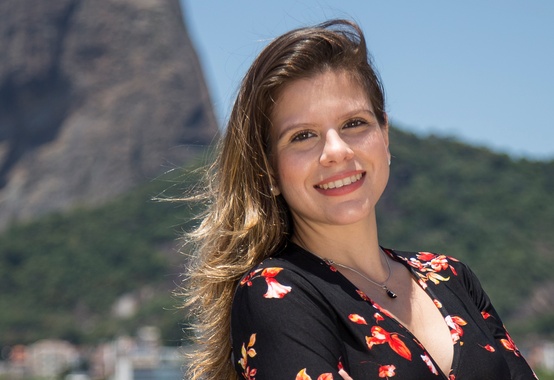 The Norwegian Embassy in Brazil, the Norwegian Consulate General and Innovation Norway are developing a common strategy to increase the implementation of Gender and Diversity (G&D) policies within Norwegian companies in Brazil.

Norway is currently ranked number 2 in the UN Gender Gap and is recognized as a one of the world’s most gender-equal countries, and the goal with the strategy is to encourage Norwegian companies to develop a long-term, sustainable business strategy in gender equality and diversity and responsible business conducts. In addition to encouraging and engaging other countries in this same direction, as gender equality is also good for business, not only from an ethical standpoint, but also for the company´s bottom line, according to McKinsey reports.

Read this and other articles in the latest edition of Nordic Light.

The project in Brazil started in May 2018 during a first Gender Equality and Diversity event, hosted by FIRJAN. This event was organized in cooperation with NBCC, WISTA and the governmental missions in the country, and the Norwegian companies that participated in the event, recognized the importance of equality policies, however, they reported to have experienced obstacles to their implementation. Therefore, Innovation Norway together with UN Women decided to establish a guide of good practices that could guide Norwegian companies to increase the development and implementation of new gender and diversities strategies.

Since then, a total of eleven actions were developed as part of this common strategy. In 2018 some of these actions were carried out as part of the Nordic Dialogues, a joint project with the Nordic Embassies – Denmark, Finland, Norway and Sweden. In 2019 the press trip on gender to Oslo took place. The Norwegian Embassy, the Norwegian Consulate General, and Innovation Norway invited two female journalists to Oslo in order to understand why Norway sees Gender Equality as an accelerator of the economic development. The journalists came from the economic newspaper Valor Econômico and the TV channel CNN Brasil.

During the meetings at the Parliament, the journalists learned that the Norwegian Government prioritizes the promotion of equality and encourages responsible business conducts at home, and abroad. For the Government, gender equality is not only about fairness and equal opportunities, it is also about economic development and creating long-term sustainable business environment. This builds value creation to the Norwegian brand abroad.

In order to encourage Norwegian pioneering and visionary businesses to create a more inclusive and diverse work environment, especially due to the current scenario, this year Innovation Norway will launch a guideline of good practices for Norwegian companies, in addition to two other online workshops.