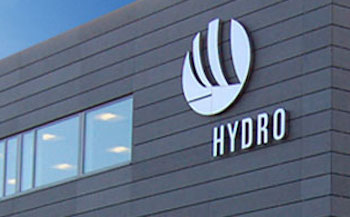 Hydro has signed a Letter of Intent with Brazilian mining company Vale for the possible acquisition of Vale’s 40 percent interest in Brazilian bauxite producer Mineração Rio do Norte (MRN), which would strengthen Hydro’s global position as a long player in bauxite and alumina.

An eventual agreement will depend on the parties agreeing terms for Hydro to acquire Vale’s 40% interest in MRN, completion of Hydro’s due diligence process, approval by the parties’ Board of Directors and by the relevant competition authorities. The parties will also seek support from the other MRN shareholders to the transaction and will proceed in accordance with the terms of the shareholders’ agreement. MRN’s current shareholders are Vale (40%), Alcoa (18.2%), South 32 (14.8%), Rio Tinto (12%),CBA (10%) and Hydro (5%).

MRN is situated in the westernmost part of the state of Pará, home to Hydro’s other Brazilian operations, and is Brazil’s, and one of the world’s, largest producers of bauxite. In operation since 1979, MRN currently employs around 1,400 employees and a significant number of contractors.

MRN is a well-operated mining operation with a competitive cost position due to its high-quality bauxite, attractive strip ratio and economy-of-scale benefits through its 18-million-tonnes-per-year production. In addition to mining licenses covering a total 143,000 hectares, operations include mine infrastructure and equipment, the Porto Trombetas township, railway, stockyard, beneficiation plant, tailings disposal system, driers, port and power generation facilities.