Norway Day seminar on money, elections and power in Brazil 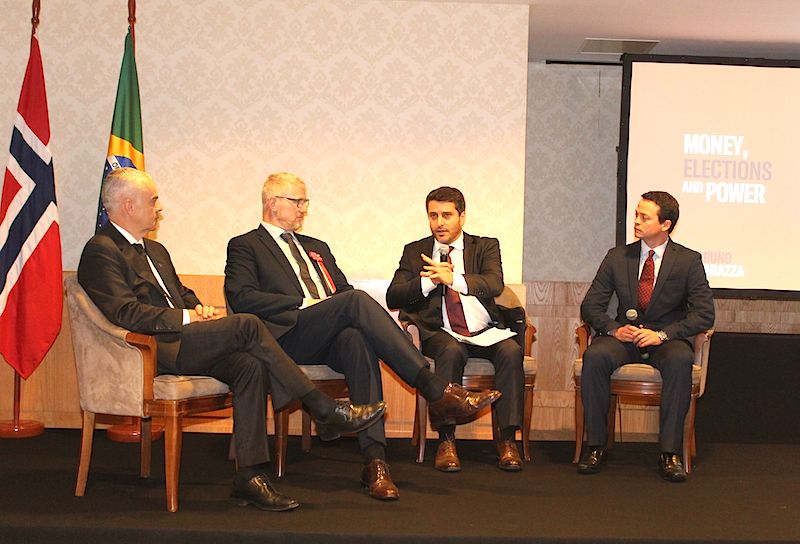 Author and economist Bruno Carazza was the keynote speaker in the traditional Norway Day Breakfast seminar in Rio de Janeiro this year. 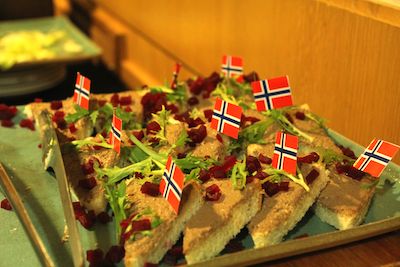 This year´s Norway Day seminar focused on the balance between powers in Brazil and the relationship between money, power and the elections. Keynote speaker was Bruno Carazza, UFMG law professor, economist, columnist and author of the book «Money, Elections and Power». 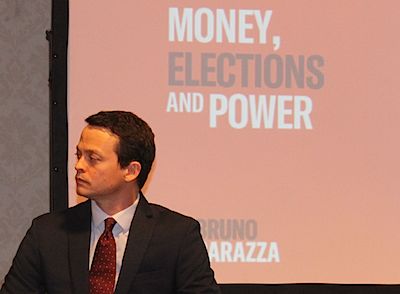 «Today, we are moving forward, and significant steps have been taken towards more accountability. It is good to have your support from Norway, you are an example when in comes to democracy», Bruno Carazza said.

He addressed the concentration of donations to political parties in Brazil and the consequences of the 2015 Supreme Court ban on corporate donations. Numbers from the 2014 elections show that only 450 companies and 33 people donated 65 percent of the total amount. According to Mr Carazza, five sectors used to donate much more than their economic weight would justify, and these are construction, food and beverages, steel and mining, the pharmaceutical and the finance sector.

«All these sectors are very dependent on state action in Brazil, and it is hypocrisy to think that the donors were not charging. The «Carwash» operation has also showed us that the volumes of hidden donations used to be enormous. It used to be a common strategy to corporations in Brazil to donate money to political parties, creating what JBS executive Joesly Batista has called a «reservoir of political goodwill». Marcelo Odebrecht once stated that it is impossible to win an election without illegal money in Brazil. Odebrecht went as far as creating a bribery department with huge amounts of money circulating», said Mr. Carazza. 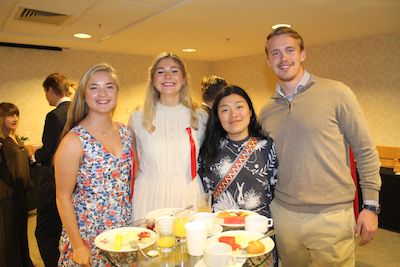 Students from all over South America were in Rio for the May 17 celebration.

Gamechanger
«But still we see that candidates that received more money, were more successful, and still many CEO´s of big corporations and owners of important companies made huge individual donations. So money still plays a fundamental role in the elections. The ban on corporate donations also only addressed the supply side. The demand from the politicians still exists. The problem is concentration. Today there is a vicious circle between the economic and political elite, they spin together, constantly providing more privileges for themselves. This is a huge problem for the Brazilian democracy, and has to stop», Bruno Carazza said.

He sees populism, polarization and the lack of political skills as challenges the Brazilian democracy needs to face , and has several thought on how to improve democracy in Brazil. 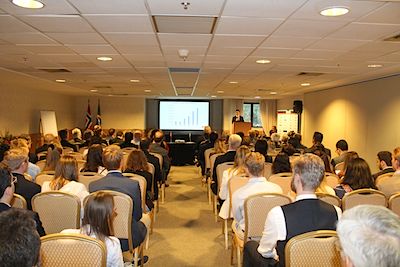 An open wound
After the keynote, Mr. Carazza participated in a panel debate together with Yara Director Lair Hanzen and Norway´s ambassador to Brazil Nils-Martin Gunneng. Michael Freitas Mohallem, coordinator of the Center for Justice and Society (CJUS) at FGV Law School was the moderator of the debate.

According to the moderator, democracy in Brazil is costly and due to the size of the country, huge funds are needed to make democracy work. But too much money creates a problem, and the source of the money is also a big concern. We see a move from a few companies to a few political party generals or caciques, as they are called in Brazil, involved in controlling the money and pulling the threads. 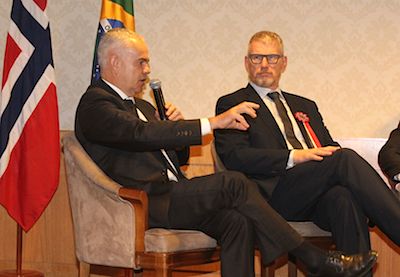 Mr. Hanzen believes it will take time for Brazil as a country to move to the next level.

«It is not easy to do business when your growth agenda depends on public decisions. Our business principles in yard is clean and safe business, and this means that sometimes you have to walk away. But we have to be persistent, we have to learn to walk before we run and this will take time. What concerns me, is that Brazil as a country has to be willing to take the required steps. Companies has a big role here, and have to show responsibility because we can help the establishment to bring the country to another level.» 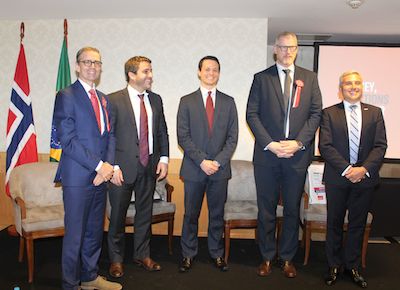 «Maybe we need to enforce some requirements, shake the country a little bit, with a diversity approach to guarantee a higher participation of women and minorities», Mr. Hanzen said.

Ambassador Gunneng complimented the ongoing efforts and believes Brazil is at a crossroads, or a tipping point, where transparency is a key word.

«Change hurts but you are doing it. it looks bad because it is in the open, and your strength is your constitution and your institutions. But people also matters, and public opinion is a powerful drive towards change. Private sector also has a big role to play. it is possible to earn money and have long term business strategies in Brazil by doing it the way to should be done», he said. 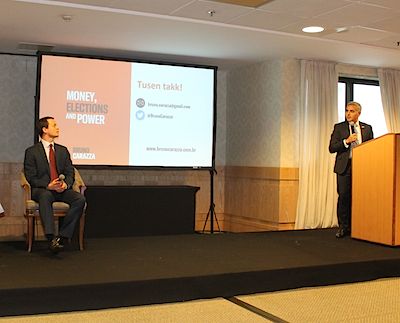 Key role
The panel debate was followed by a Q&A session before NBCC president Alex Imperial made the closing statements to the seminar.

«Corruption must be tackled on all levels and I believe that Norwegian entities and companies can play a key role. Last month, the Nordic countries represented by the embassies and chambers of commerce signed a partnership agreement in Brasilia that seeks to unite efforts in tackling corruption. It is part of NBCC´s mission to promote and enable business growth, but this must be accomplished in an ethical manner, and NBCC plays an important role in influencing stakeholders and driving change, promoting healthy relations», Mr. Imperial said.

«Hipp, hipp hurra»
The Norway Day celebrations started on May 16, when Consul General Rune Bjåstad and his wife Cathrine Crawfurd hosted a reception in the Norwegian Consul´s residence in Urca. On May 17, the traditional family celebrations took place in Paissandu Atletico Clube. The club was decorated with flowers and flags, all in red, white and blue, and the combination of resounding hurrays and brass music created the special «soundtrack» of the party. 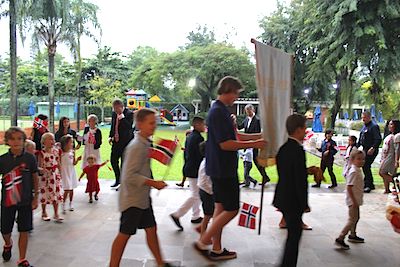 About 220 people attended the party which featured speeches by Hydro manager John Thuestad and by Ambassador Nils-Martin Gunneng, who brought a message from HRH King Harald V to Norwegians in Brazil. A lot of excited children made this year´s parade a very merry spectacle, despite the rainy weather. Popsicles and sweets is another part of the celebration that the children cannot be without, and both the traditional potato race, as well as the sack race, were also very popular.