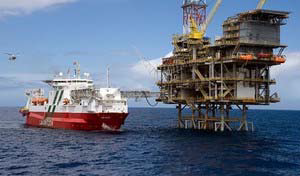 The Norwegian company Marine Aluminum has supplied the helideck and gangways at the “CSS Olympia”, a maintenance and Safety Unit (MSU) that will be chartered to Petrobras for the next four years.

GranEnergia recently received the floatel from Mac Offshore, it says in a note in the Brasil Energia magazine.

The MSU was built at the Fujian Mawei shipyard in China, and is 84,25 m long.

It has a capacity for approximately 500 persons, in addition to being equipped with a level III dynamic positioning system (DP 3) and helideck for helicopters of up to 12.8 tons.

This helideck and the gangway onboard have been supplied by Marine Aluminum, a leading company within engineering, design and fabrication of aluminium structures and products for the offshore and shipbuilding industry. The company has plants on Karmøy and Stord in Norway and Ningbo in China.

“We are proud of the fact that the vessel “CSS Olympia”, which has our telescopic gangway and helideck, has been short-listed by the Annual Offshore Support Journal Conference Advisory Panel for the Support Vessel of the Year Award”, project manager Roney Parente says.

Currently the CSS Olympia is on its way to Brazil,

The vessel will be used for maintenance and repair services for platforms in the Campos Basin, and Petrobras has four units of this type.

The charter contract includes an option to renew the deal for an additional four years.

“Congratulations for this important delivery to a vessel which will operate at least for four years on the Brazilian seawaters supporting Petrobras floating units. We at INTSOK are also proud to have Marine Aluminium helping to increase Norwegian content and technology to the Brazilian oil and gas sector, says Adhemar Freire, the Intsok local oil and gas advisor to Brazil