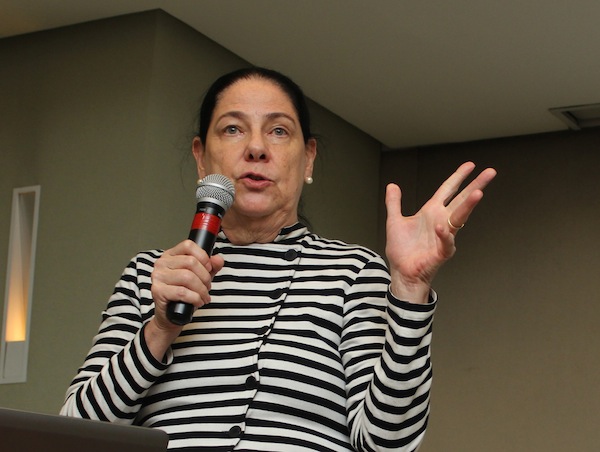 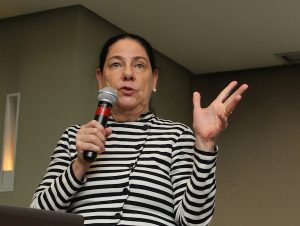 «The crisis did cause significant damage, but today we are on the right track», Top Economist says during NBCC event on the Brazilian economy.

Victoria Coates Werneck (in the photo) is the Head Economist at Icatu Seguros, an independent Brazilian insurance provider specialized in life insurance and private pension plans, founded in 1935, with an annual revenues of R$ 3,4 billion.

The event took place at FCCE (Federação das Câmaras de Comércio Exterior) in Rio de Janeiro on August 28, 2017, and the event definitely caught the interest of NBCC´ associates. Victoria Coates Werneck was invited to talk about the current situation and the perspectives on the economy and on future investments in Brazil the next couple of years.

Mrs. Coates Werneck started her presentation listing global trends and events that have had an impact on the world economy, like Brexit and the election of Donald Trump as president of the world´s biggest economy.

«As a result the geopolitical tension is huge, and we are entering an era of uncertainties. Trump is isolating himself, while Europe is flourishing, with overall positive indicators», she said. 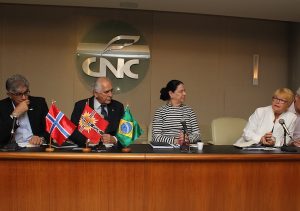 As for Brazil, reconstruction is on the agenda. The current administration has managed to reduce and control inflation and is trying to create conditions that will make the economy grow again.

«It seems that the worst is behind us, but the government still needs to restore investor confidence and regain control over public spending, where they have a long way to go. The government also needs to pass the pension reform. Without this particular reform, the country will have an ever-increasing deficit that will turn the management of the public debt unsustainable some years ahead.   It is a very unpopular reform, but not being able to pay anyone in the future, is a much worse scenario. The government managed to pass the labor reform, and this was an important accomplishment, but then we also have the planned privatizations, concessions and divestment programs», Victoria Werneck says.

In her view, there is no doubt that the crisis has caused significant damage to the economy and set Brazil back several years.

«President Michel Temer is weakened by the accusations against him, leaving him with less room for political maneuvers, especially when talking about fiscal policies. But there are good news: The inflation is record low – 1,43 percent the first 7 months of 2017, and numbers show that inflation is under control», Mrs. Coates Werneck said. She showed a variety of slides, indexes and graphs from different sources, on consumption, investments and industrial production, numbers that substantiates the theory that the worst is in fact behind us.

«Eight years were lost. Today the Brazilian industry is producing the same as it did in 2009. But unemployment is going down, new jobs are being created, consumers are using a smaller portion of their income to pay their debts; The numbers are reasonable», she said, before sharing projections for key indicators, all slightly more positive than those of the Brazilian Central Bank:

«The 2018 presidential election will be absolutely decisive. When Brazilians cast their vote next year, inflation will be under control and unemployment will be reduced, but we do not know who the candidates are. I myself forecast a scenario of continuity because the population will feel the relief of low inflation, lower unemployment, economic growth and higher real wages», she said.

The presentation was followed by a Q&A session.