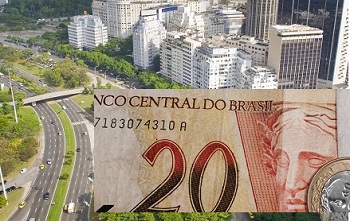 Oslo, Norway tops the cost of living research by ECA International while Brazilian locations fall down the global ranking despite higher inflation.

A separate analysis from Hays O&G Salary Guide shows that salaries for foreign workers in the oil and gas sector in Brazil has increased 20 percent between 2012 and 2013.

Weaker currency
Companies sending employees on international assignments will often pay an allowance to ensure that their assignees’ spending power is not compromised. To help multinational companies calculate these allowances, ECA carries out two Cost of Living Surveys per year, comparing a basket of consumer goods and services commonly purchased by assignees in more than 400 locations worldwide.

Photo courtesy of RIOTUR/RHTCertain living costs such as accommodation rental, utilities charges, car purchases and school fees are usually compensated for separately in expatriate packages so this data is not included in this survey but researched and published separately.

In Brazil, the weakening of the real against many major currencies over the year has more than offset the 6% price increase overall of items in ECA’s cost of living basket for Brazil and locations there continue to drop down the global ranking. While Rio de Janeiro is the 4th most expensive location in the Americas, it has dropped 20 places globally to 52nd spot. Sao Paulo is now in 65th place worldwide down from last year’s 37th position while Brasilia has fallen to 77th spot from 47th.

Leblon cost
Most Norwegian expats in Rio de Janeiro are however required to live in Zona Sul, in high cost neighbourhoods like Ipanema and Leblon and suggest there should be a separate “Leblon ranking” as the cost level here lies well above the Rio de Janeiro average.

According to Norwegians we have talked to, you have to pay three times as much to rent an apartment in this are, compared to the average Oslo level. The Brazilian IPTU, a kind of municipality housing tax, is also way above the common Norwegian level.

“The common expenses known as condomínio that covers everything from the salary of the door man, the building security and all kinds of maintenance is also expensive. Maintenance of air conditioning systems is something that costs a lot. The humid climate in Rio causes problems and costs we are not used to”, Christina H. Hellesjø says.

Going to the fitness center is another significant expense post – it can be as much as three times as expensive as in Oslo, according to Christina.

Kari Skeidsvoll Moe points to quality toys and clothes and leisure articles as expensive as well as services that requires a higher education, like medical services and professional child care.

“Services that don´t require a higher education, like taking a taxi, hiring a maid and getting a manicure are cheap, as is a small snack at the local bakery and a beer or a coke on the local bar”, she says.

Iris Frøysbu argues that you never see the medical bill in Norway, thanks to the public health care system.

“I think get more for the money visiting the dentist here than at home”, she says

Frøysbu also argues that the cost for technicians and labor in general is much cheaper in Brazil than in Norway, and gives an example:

Norwegians are bread lovers and have trouble finding what they often refer to as “real bread”. This is something you have to pay more for at a specialized bakery or gourmet store. As you cannot drink tap water in Rio de Janeiro, water is also pointed out as an extra expenditure on the household budget.

Melissa Price Åmlid, a Brazilian who recently moved to London with her son and Norwegian husband, blames Brazilian taxes for the high cost level.

“Pero Vaz Caminha sent a letter to the king of Portugal when the Portuguese first came to Brazil, where he said that “on this land, you can plant anything”, and this is true, but still you have to pay more for flowers and fruit than I pay in London. It´s unacceptable”, she says.

Iris Frøysbu concludes that everything which can be defined as luxury, is expensive.

“Everything imported is subject to a minimum 60 percent import tax. If you look for local products, you don’t have problems finding clothes or food at good prices.They do what they can to protect the local Brazilian industry, and pricing is one of the tools they have”, she says.

On top
For the first time, Oslo not only has the most expensive cost of living for international assignees in Europe, but also in the whole world. Norway has among the highest standards of living in the world, largely derived from oil revenue.

Oslo is followed by the Angolan capital of Luanda on the ECA ranking, where the goods and services commonly purchased by expatriates are difficult to access. Stavanger (Norway), Juba (South Sudan) and Moscow (Russia) are also now more expensive than Tokyo. These cities make up the top 5 most expensive locations for expatriates globally.

Despite dropping down the ranking, Caracas, ranked 33rd globally, remains the most expensive location in the Americas for international assignees. Manhattan and Vancouver follow, ranking 43rd and 51st respectively. Rio de Janeiro is as mentioned above, ranked as number 4 on this list.

Sky is the limit?
A separate analysis from Hays O&G Salary Guide shows that salaries for foreign workers in the oil and gas sector in Brazil has increased 20 percent between 2012 and 2013.

The average annual salary for foreign professionals in Brazil increased from 106.000 USD to 131.400 USD. This represents an increase of about 20 percent, more than twice as much as the increase in the world average, of 8,5 percent.

According to Keith Jones, Hays’ manages of oil and gas in Rio de Janeiro, the increase in salary level reflects the demand for specialized professionals.

“This has taken place primarily in the area of offshore naval construction, he says, according to the magazine Brasil Energy.