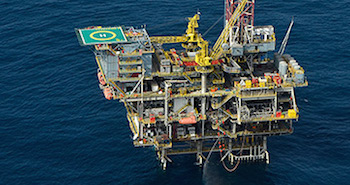 After just four years in production, the Peregrino field in the Campos basin offshore Brazil has passed a significant milestone, with 100 million barrels of oil produced since April 2011.

The field, jointly owned by Statoil and Chinese Sinochem, achieved the milestone on August 2.

“We are pleased to have reached a major milestone in our Peregrino operations,” says Pål Eitrheim, country manager of Statoil Brazil.

“Peregrino demonstrates the power of possible, and we are proud to operate a project that is both exciting and challenging. These results reflect the professionalism of our people, and the application of technology developed by Statoil, in Brazil and elsewhere. We are constantly learning and we look forward to reaching new milestones as we continue to develop this large field”, he says.

According to a report published by the Brazilian National Agency of Petroleum, Natural Gas and Biofuels (ANP) in March 2015, Peregrino is Brazil’s eighth largest field, and has the second heaviest oil ever produced in Brazil.

It is also the largest field operated by Statoil outside Norway and accounts for about 12% of its international production (total of around 720 thousand barrels per day). The recoverable reserves are estimated between 300-600 million barrels.

The operation includes two fixed drilling platforms (WHP A and WHP B), and a floating production and storage unit (FPSO Peregrino), with a production capacity of 100,000 barrels per day. Statoil holds a 60% stake and is the operator of the field, while Sinochem holds the remaining 40%.

With an excellent track record, Peregrino has achieved all production, efficiency, cost and safety targets in 2014.

In January this year, the development plan of Peregrino Phase II was submitted to ANP. With total estimated investments of USD 3.5 billion, the project involves a new drilling platform (WHP C) and will add about 250 million barrels in recoverable reserves to the Peregrino field.

Phase II of the project will enable the extension of the economic life of Peregrino and is an important and strategic part of Statoil’s ambition to consolidate a strong position in Brazil.