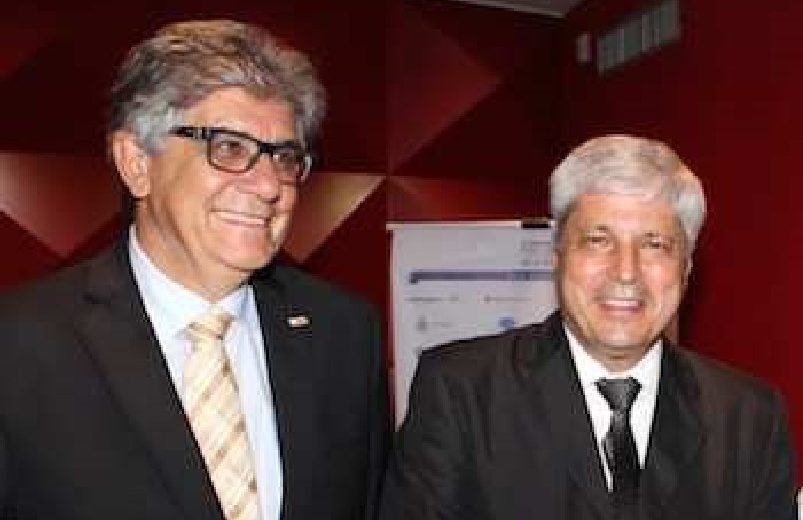 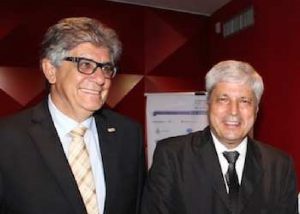 From the left: Rachid Felix and Marcio Felix

General Meeting 2017, an event where Secretary of Oil and Energy, Marcio Felix, was the keynote speaker. «NBCC hopes to play a key role in helping Brazil constructing a healthier business environment», the new president says.

«The next year will be challenging, but I am convinced that new opportunities will accompany the challenges, and it is in times like this that the chamber needs to show strength. Collaboration is a key word to construct a healthy business environment and I believe that relations will improve even further», Rachid Felix, Director at Subsea 7 in Brazil, said in his first address as NBCC president. Erik Hannisdal stepped down as president at the Annual General Meeting, which took place on March 21, 2017, in Botafogo, Rio de Janeiro. The new Vice President is Hans M. Heikvam (Hydro). Johnar Olsen continues as Treasurer.

The Norwegian Brazilian Chamber of Commerce now has 124 members, a sign of strength, according to Mr. Hannisdal. He also highlighted the importance of the last year’s events in Säo Paulo and Brasilia and of the improved dialogue with Brazilian authorities.

«Closer relations with Brasilia is something we have wanted for years, and now I really feel we have gained a good relationship with the Ministry of Mines and Energy and the political scene», the outgoing president said. 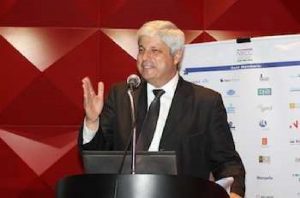 special moment in history, a turning point», he said.

A window of opportunity

Keynote speaker of the event was Secretary for Oil and Energy from the Brazilian Ministry of Mines and Energy, Mr. Marcio Felix, and him accepting the invitation to speak at the AGM, is the good example of the closer dialogue between the chamber and the ministry.

He focused on new opportunities for the Norwegian oil and gas industry in Brazil. Since he took office in June 2016, dialogue with the industry has been a priority, and several action plans and initiatives have been launched. According to Mr. Felix, time is of the essence.

«We have a unique, but very narrow window of opportunity, a situation that won’t happen again, a combination of a low oil price scenario, big discoveries, with Petrobras not in a good shape and with the Brazilian government working to open the market. It is a Marcio Felix announced that the govemment is working on a calendar for bidding rounds the next ten years, and said that he hopes to share this calendar with the industry in a few months. The 14th licensing rounds will take place this September. 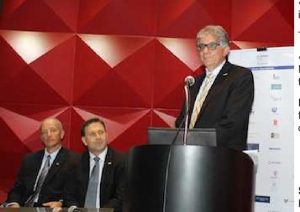 «The bidding rounds will be the real test and success in the rounds s proof that we are moving in the right direction.»

The Secretary also welcomed the Norwegian presence in Brazil.

«The business environment in the energy sector is changing. Norwegian stakeholders play a fundamental role, and we are happy that you are here», Mr. Felix said.

He listed increased recovery as one area where Brazil could learn from Norway, and also believes that gas production is a huge opportunity for Norwegian players.

During the AGM, Treasurer Johnar Olsen presented the comfortable economic situation to the members. Net profit of 2016 was almost 50.000 reais, and the result was about 10 percent above budget. The goal for 2017 is to maintain the current solid cash position.

The new members of the NBCC board for 2017-2018 are Anders Opedal (Statoil), Fernando de la Puerta (Statkraft) and Maria Peralta (Aker). 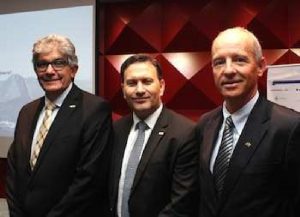