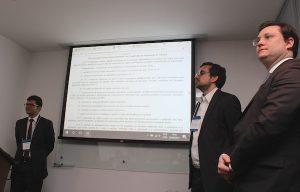 Decree 9,128 was published on August 17, 2017 and extended the validity of Repetro until December 31, 2040. REPETRO is a special customs regime applicable to the export and import of goods used in the exploration and production of oil and gas reserves and was established in the late 1990s. The regime allows the import of foreign assets to Brazil enjoying a suspension or exemption of import taxes and duties. Additional changes to certain tax rules applicable to O&G companies have also been introduced by Provisional Measure 795.

During a meeting in NBCC´s Legal Committee on September 28, 2017, held in the offices of Vieira Rezende Advogados in Rio de Janeiro, the new REPETRO and the new tax rules for the O&G sector in Brazil, were addressed. Presentations and clarifications were provided by André Carvalho, lawyer at Veirano Advogados and Tiago Severini, lawyer at Vieira Rezende. 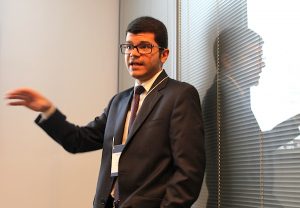 «The Provisional Measure is of interest to the whole industry, affecting both oil companies and contractors», Mr. Carvalho said in his presentation of the main changes provided by such measure. Mr. Severini called the new REPETRO as a matured version, and welcomed the changes, but also pointed out areas where adjustments will be needed.

Some important changes are:

1. Past REPETRO regulations only authorized the import of goods on a temporary basis (temporary admission regime). As from 2018, taxpayers will be allowed to carry out definitive import of goods without the payment of taxes;

2. A new list of eligible goods has been provided: such list is based on the fiscal classification of each eligible good (NCMs) as opposed to a more general definition; 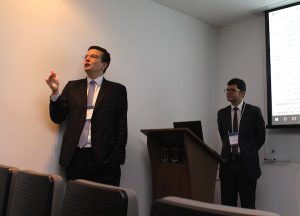 Mr. Alexandre Calmon and Mr. Severini in the back.

3. FPS and production platforms can no longer be imported on a temporary basis (i.e., charter, BBC) if the parties under the charter are deemed related;

4. From January 1, 2018, the percentages that limit the contract values within the split structure (for the purpose of the application of the zero rate of IIRRF – withhold income tax) will be modified to: 70 percent for FPSOs (currently 85 percent), 75 percent for drilling rigs (currently 80 percent) and 50 percent for other vessels (currently 65 percent).

The new rules regarding the REPETRO regime will only be applicable to the items imported as from January 1, 2018. The new rules will be applied to the items previously imported if the beneficiary decides to change from the old regime to the new one during 2018, or after 2020. 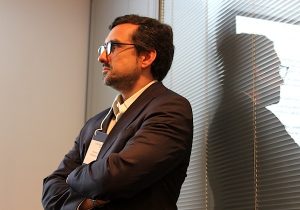 «The rules have brought more certainty on one hand, but there is still room for interpretations, and there are grey zones in parts of the measure», Mr. Carvalho said.

The impact on the Brazilian oil and gas industry is expected to be substantial, affecting not only Petrobras, but also private operators and suppliers.

Tiago Severini  shed a light on the new lists of eligible goods under the REPETRO regime.

They are based on the fiscal classifications of the goods (NCMs). This might create problems. With the dynamics of innovation, new, innovative goods will not be on the list, and this might create future legal disputes. The argument used by the tax authorities is that the lists will guarantee clarity and predictability.» 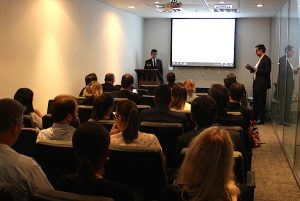 Another comment made at the meeting, was that the new REPETRO is moving from a mere special customs regime to a more straightforward tax exemption mechanism. «It gives the impression that the tax authorities are working to reduce the scope of REPETRO», Mr. Severini commented.

The State VAT tax (ICMS) was also addressed. It is not clear yet how ICMS will be handled by States, especially in view of the new possibility to import goods on a permanent basis.

Another crucial change is that FPSOs are on the list of goods that are to be imported on a permanent basis, implying that such assets must be owned by the Brazilian entities, exception being made to charters of units among non-related entities.