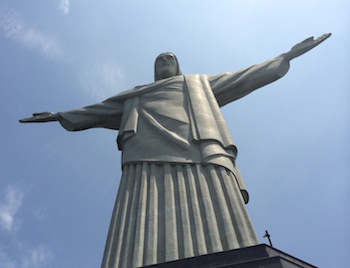 World Energy Cities Partnership was founded back in 1993 after an initiative taken by mayor Leif Maasvaer, Torbjorg Undheim and Trygve Brekke, all representing the city of Stavanger who met with Knut Bulow of Houston to discuss the possibilities to form a network organization between energy capitals. The city of Stavanger took the lead to create a proposal for the organization and draft the first Memorandum of Understanding (MOU).

Here is the press release from Rio Negócios about the 2015 event:

In 2015, Rio will host the annual meeting of the World Energy Cities Partnership (WECP)

In 2015, Rio de Janeiro will host the annual meeting of the World Energy Cities Partnership (WECP), an international organization that brings together leaders of major world cities who have based their economies in the area of energy. The announcement was made on Thursday, 18th September, by the president of Rio Negócios, Marcelo Haddad, and the secretary-general of the Brazilian Institute of Oil, Gas and Biofuels (IBP), Milton Costa Filho, during the Rio Oil & Gas 2014 .

The goal of WECP is to promote the exchange of knowledge and the development of partnerships and strategic alliances among member cities in the area of energy.

“It makes sense to announce the completion of our next annual meeting in Rio Oil & Gas. Our meetings are scheduled to coincide with the major markets of oil and gas worldwide. Such is the case of OTC Brazil,” says Christine Helgo, Mayor of Stavanger and current president of WECP.

“It’s the first time the event will be held in Latin America. For Rio, this choice shows the importance that the city gained in recent years,” said Eduardo Paes, Mayor of The City of Rio remembering that presides from the beginning of the year, the C40 Climate Leadership, global forum that brings together today’s 60 municipalities consolidating a network of megacities that act promoting sustainable urban development.

“With the completion of the annual meeting of WECP in October 2015, Rio will have expanded its international visibility amid the celebrations and honors the 450 years of the city, and a few months before the 2016 Olympics,” said Marcelo Haddad, president of Rio Negócios, the agency for attraction, promotion and facilitation of investments.

“The meetings of WECP are used to expand the network of contacts of the organization and assist companies with development opportunities,” he explains.

“The holding of the AGM WECP in Rio aims to develop business, promote networking and enable access of companies to global cities of O & G, with Rio as marketplace,” he explains.

Rio Negócios takes the presence of global leaders to make a new edition of Rio Conferences focused on the energy sector.

The idea is to promote the gathering of more than 400 global leaders, executives, investors and authorities in network events, business meetings and conferences for high-level parallel programming in the OTC Brazil, held 27-29 October in Rio de Janeiro.

Milton Costa Filho sees a huge synergy between meetings. “I see a huge synergy between events, because they are extremely important to the city and to the world issues,” he said. The general secretary of the IBP also noted that Rio de Janeiro is gaining prominence in international conferences. The city is one of the candidates to perform the World Energy Congress, which will take place in 2019 The other candidates are Abu Dhabi, United Arab Emirates, and St. Petersburg, Russia. The choice will be made in October, in Colombia.

The panels at Rio Conferences 2015 will cover topics such as Education, Infrastructure, Research and Development, Logistics, Regulatory, incentive programs and partnerships.