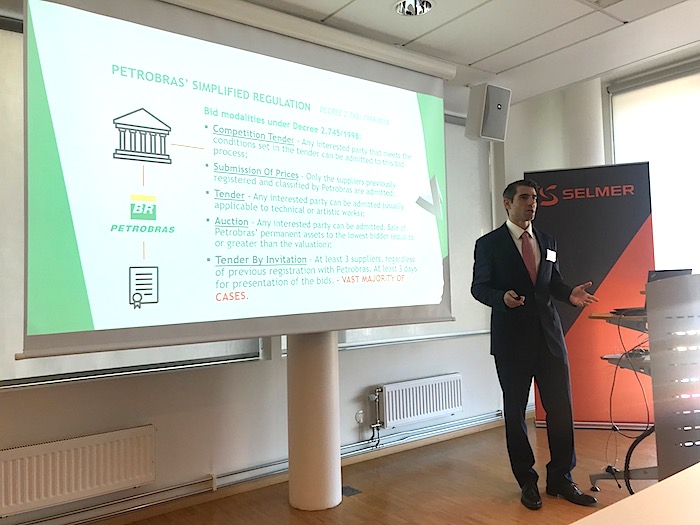 All purchases in the Brazilian public administration agencies shall be subject to a public bid, according to the National Constitution.  However, Petrobras and other state companies adopted a new regulatory framework in 2018 (Law 13.303/2016). Recently, Veirano and Selmer co-hosted a seminar in Oslo, with the support of BNCC and NBCC, to explain the new Petrobras’ bidding rules to BNCC and NBCC members.

One of the partners at the law firm Selmer, Thomas Brandi welcomed the guests and introduced the founder of Veirano Advogados, Ronaldo Veirano, who is a recognized leader in the commercial relations between Brazil and Norway. Veirano has been actively involved in efforts to strengthen business connections between Brazil and other countries.  The lawyer mentioned that the current Brazilian government had presented essential parts of legislation to open opportunities for international investments. From such an initiative, flexibilisation of Local Content and bidding laws have been putting in practice in the country. 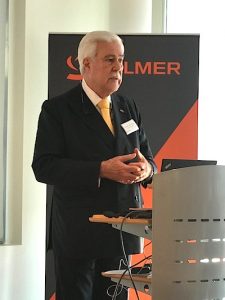 Veirano drew attention to the significant potential of the Brazilian oil and gas sector that according to the lawyer is facing a new boom. “Brazil is the 7th largest consumer and 9th largest producer of oil in the world. We have a potential market, resources, and integration with the power sector.  Moreover, Norway has a key role to play in the extraction of the pre-salt reserves”, explained the leader.

Chargé d’Affaires from the Brazilian Embassy Silvana Polich gave an updated overview of Brazil’s attributes, current economic challenges, and political uncertainties. Mrs. Polich mentioned that since 2015, Brazil is implementing an international strategy aiming at reducing bureaucracy for foreign investments. “Although there are political uncertainties and economic challenges, Brazil is a country of opportunities,” she concluded.

Two lawyers from Veirano followed the seminar presentations. First, Ali El Hage Filho talked about the potential of the Brazilian Oil and Gas sector and investment in the next ten years. Then, Rogerio Campos gave an informative overview of the changes in the law that regulates the bidding of Petrobras. Besides, he explained that this new framework sends a strong message to ethics and compliance with future contracts, what is an excellent opportunity to the Norwegian market.

The subjects presented in the seminar were very enlightening and actively engaged the attendees who had the opportunity to discuss real cases with the experts. In the end, Mr. Veirano gave a brief thank you speech to his team and all presents. Veirano and Selmer are members of BNCC and NBCC and are available for further orientation on the subject.

You can check the presentation from Veirano Advogados by clicking here.