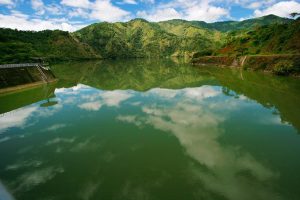 Statkraft has signed an agreement with EDP Energias do Brasil to acquire a cluster of eight operational hydropower plants in the state of Espírito Santo in Brazil. The portfolio has a total installed capacity of 131.9 MW and will expand Statkraft’s operations in Brazil.

«This acquisition is a good fit with our strategy to build scale profitably in the markets where we are already present. It also positions Statkraft well for further development in Brazil, a key growth market for Statkraft», says Statkraft’s Executive Vice President Jürgen Tzschoppe.

In Brazil Statkraft owns 81 per cent of Statkraft Energias Renováveis (SKER) with the Brazilian pension fund FUNCEF owning the remaining 19 per cent. The generation portfolio consists of six hydropower plants and four wind farms. In addition, Statkraft has a minority ownership in four other hydropower plants. In total the portfolio is 318 MW, while the acquisition of the eight hydropower plants will bring Statkraft’s fleet in Brazil to around 450 MW.

On October 26, Statkraft’s new strategy was be presented by CEO Christian Rynning-Tønnesen during the annual Statkraft conference at Statkraft headquarters in Oslo. On October 25, a Traders Networking Evening was held at the Jockey Club in Rio de Janeiro.

Statkraft is planning annual investments of around NOK 10 billion in renewable energy in the period 2019-2025. In addition to large upgrades of Nordic hydropower, the company has an ambition to reach 6000 MW onshore wind and 2000 MW solar until 2025. Statkraft also has an ambition to triple its volumes managed on behalf of customers.

Norway remains the largest single market for investments. Annual investments in the renewal of Norwegian hydropower plants amount to about NOK 1.2 billion alone. In addition, investments are planned in new, green business opportunities. The majority of growth will come in Europe, while substantial growth will be added to markets where Statkraft is already present in South America and India.

The new strategy comprises developing, generating and trading energy, including purchasing and selling renewable power for other companies. In this way, the company strengthens Statkraft’s position as a broad and leading renewable energy company.

The investments will be financed partly from earnings from existing businesses supplemented by systematic divestments of shares in completed solar- and wind projects to financial investors. The investment program will be adapted to the company’s financial capacity and rating objectives.

“The combination of our unique portfolio of flexible hydropower, in-depth market understanding, innovative solutions, as well as our customers’ increased interest in renewable energy make us a preferred partner for both producers and consumers of clean energy,” says Christian Rynning-Tønnesen, CEO. “Overall, the strategy will contribute to increased value creation and develop Norwegian renewables competence in line with the changes we see around us,” he adds.