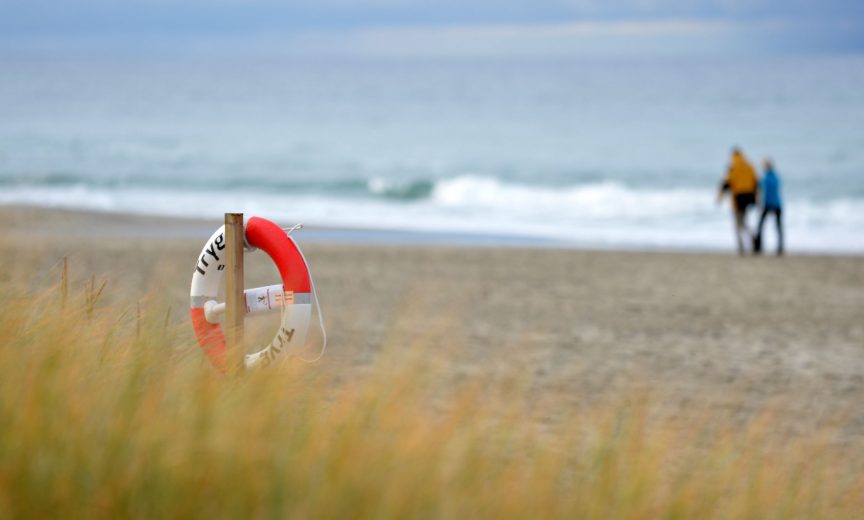 The Jaeren beaches of Norway. Photo courtesy of Harald Pettersen/StatoilThe Canadian media company Corporate Knights has ranked Statoil number four, and the number-one energy company, on the Global 100 list of the world’s most sustainable corporations in 2014.

The announcement was made at the World Economic Forum in Davos, Switzerland last week. One of the four days in Davos was devoted to climate change, and the general agenda also covered environmental issues. Companies named to the Global 100 index are the top overall sustainability performers in their respective industrial sectors, it says on the Global 100 index website.

“This is a great recognition of Statoil and the efforts the various parts of our company have carried out over a long period of time,” corporate sustainability senior vice president Hege Marie Norheim said in a press release on January 28.

Statoil’s ambition is to be an industry leader in the carbon-efficient production of oil and gas, and the ambition for conventional oil and gas production in 2020 is to keep CO2 intensity on today’s level for the company, even if doubling the international production in the same period.

Statoil is currently the second biggest oil producer in Brazil.

“Sustainability and security go hand in hand, are at the core of business prosperity, and are on the minds of the global political and business leader”, Mrs. Norheim, of Statoil, says in the press statement.

Raise awareness
According to Corporate Knights, the aim of the Global 100 index is to “reinforce, raise awareness and showcase, annually, world leaders in corporate sustainability, including those that have been able to balance environmental performance, social performance and economic performance while delivering superior returns to investors”.

Two Brazilian companies are to find on the list. These are Natura and BRF – Brasil Foods SA. The Norwegian insurance company Storebrand is ranked number 80 on the list.

Key indicators
The Toronto-based media and investment advisory company Corporate Knights has produced the sustainability rankings since 2005, and the Global 100 index has come to be recognized as the gold standard in corporate sustainability analysis.

“The Global 100 make it clear that not only is it possible to lead on resource productivity and respect for the social contract, but that it is possible to do this and outperform the benchmark on financial returns”, Toby Heaps, editor-in-chief of Corporate Knights, said when the list was made public on January 22.

“It’s important to celebrate the most sustainable companies”, he said according to Forbes magazine.

The index is made from an initial group of 4,000 publicly traded companies. These were first narrowed down to 350 companies based on financial performance, sustainability disclosure practices, and other criteria.

From there, the 350 companies were ranked based on 12 key performance indicators relative to their industry sectors.

The top-ranked company in this year’s Global 100 index, Westpac Banking Corporation is headquartered in Sydney, and is one of the largest financial service providers in Australasia, with annual revenues of US$38 billion and over 36,000 employees.

This year’s ranking includes a total of 18 U.S. firms, a strong performance, according to a press release from Corporate Knights. Canada followed with 13 spots on the list, and the U.K. and France tied for third with 8 spots each.

Emerging markets accounted for 3 positions on the index, consisting of firms from Brazil (2) and China (1).

Statoil has received a number of other recognitions and awards for its sustainability performance.