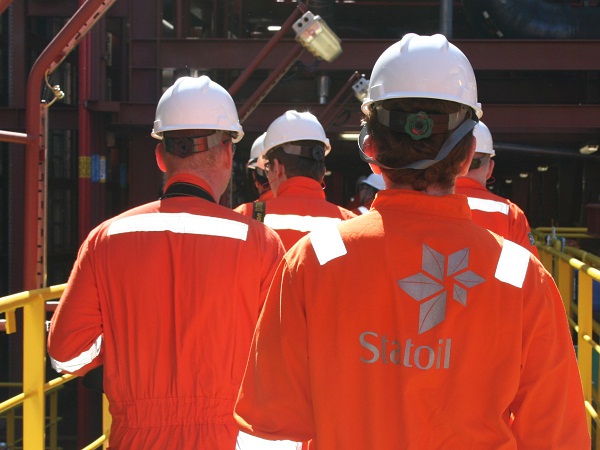 “We are very pleased with the outcome, and won the blocks we had on top of our priority list. This is an important step further in the effort to strengthen our position in Brazil”, Thore E. Kristiansen, senior vice president South America and president for Statoil Brazil, tells the NBCC.

In the Espírito Santo basin, Statoil secured all the blocks up for auction, either as operator or in partnership with Petrobras and other companies. Statoil is operator on four of the blocks, has a 50 percent participation on the ES-M-596 block, and a 35 percent participation on the ES-M-669, where Petrobras is operator. On the other blocks, Statoil has entered into partnerships with Queiroz Galvão and Total E&P do Brasil. The six blocks raised a total of 494 million reais, with an expected 1,2 billion reais in future investments.

With the new licences, Statoil has strengthened its position in the Espirito Santo basin considerally, and the award reflects Statoil’s extensive application and ambition of long-term growth in Brazil.

“The award of the blocks in the Espirito Santo basin is in line with Statoil’s exploration strategy to build on core positions in prolific and proven basins, says Tim Dodson, executive vice president for Exploration in Statoil in a press statement on May 15.

According to the ANP, Petrobras, Perenco and Repsol are already present in the Espirito Santos basin, producing 23.081 boeds of oil and 7.000 mm³ of natural gas per day.

“Access to new quality acreage is an essential prerequisite for further value creation through exploration activities and for increasing Statoil’s international production level from key clusters such as Brazil,” says Thore E. Kristiansen.

“These new licences in the Espirito Santo basin give us a significant acreage position in a proven hydrocarbon basin. They have the potential to provide large-scale additional resources close to our existing discoveries, which with success will result in Statoil building a new core position,” says Dodson, according to the company press statement.

13 blocks to OGX
Statoil also bid on blocks in the Barreirinhas Basin, off the coast of Maranhão and Piaui, but did not win these. According to Reuters, OGX Petroleo e Gas SA, the struggling oil startup controlled by Brazilian billionaire Eike Batista, was among the most aggressive bidders, securing rights to at least 13 blocks, onshore and off. Companies including Britain’s BG Group Plc, France’s Total SA and Portugal’s Galp Energia SGPS SA also scored multiple blocks. Petrobras won a total of 34 blocks, either as operator or as minority partner.

According to a press release from the ANP, 39 companies from 12 different countries participated in the auction. 142 of the 289 available blocks were sold, 100,000 of the 155,800 square km up for auction. The average local content requirement in this round is 62,32 percent in the exploration phase and 75,96 percent in the development phase.

The concession agreements from the 11th licencing round are scheduled to be signed in August 2013.

The last ANP auction took place in 2007, where 2,1 billion reais was raised, but the auctions were halted when the huge pre-salt discoveries were made. In November, Brazil plans to sell blocks in the pre-salt areas.

In the 11th licencing round in Brazil Statoil has been awarded:

Six exploration licenses in the Espirito Santo basin, of which four as operator and two as partner.
The licences are located in the deepwater sector of the Espirito Santo basin, close to the licences BM-ES-32 and BM-ES-22A which are operated by Petrobras and in which Statoil is already a partner.
The blocks have an exploration phase of seven years, divided in to two periods of five years and two years, and the total well commitment for the six licenses is 10 wells.