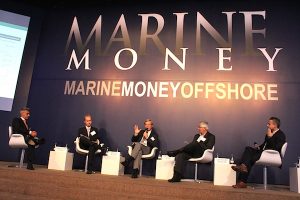 The Brazilian oil and gas industry is recovering and becoming more diversified, but no immediate boom should be expected – and the next few years will still be about survival.

Several NBCC associates were present at the Brazil Offshore Finance Forum 2017, organized by Marine Money Offshore on October 25, at the Copacabana Palace in Rio de Janeiro. Other Norwegian stakeholders were also among the invited speakers, moderators and panelists at the event.

They all seemed to agree on the main message, that the market is turning after a very challenging period, and Kjetil Solbrække, Senior Vice President South America of Rystad Energy, had been invited to set the stage with a presentation on the transformation, opportunities and challenges in the Brazilian offshore oil and gas sector 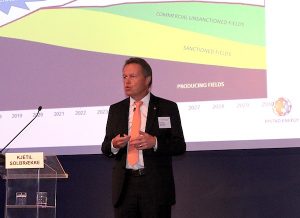 «The good news is that most of issues we addressed as challenges last year has been dealt with: There are several reasons to believe that we are starting to move up, but there are still uncertainties, like the outcome of next year´s presidential election. Ibama and the unpredictable environmental licensing processes in Brazil is another topic causing concern», he said in his opening remarks.

But as the pre-salt wells continue to impress with their high productivity, investors, all competent and major players in the international oil industry, are showing interest, and Mr. Solbrække believes that Petrobras will play a less dominant role going forward.

«Petrobras has a new leadership with realistic plans and is actively trying to solve problems by diverting of non core assets. This is important.»

But Mr. Solbrække does not foresee any immediate boom.

«There is room for new companies, but it will take time, at least 1-2 years before we will see increased activity», he predicts. The Rystad executive also talked about the positive impacts on more diversity

«The outlook is very positive. New rounds will lead to new discoveries and new developments. More investments from foreign companies will also anticipate production, and we believe production can grow beyond the current, modest estimates and possible reaching 5 million barrels of oil per day from pre-salt in 2030. But we still need to be patient», he concluded 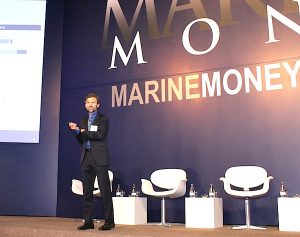 Ingolf Gillesdal, Director of Market Analysis – Rigs at Clarkson Platou, shares Rystad´s analysis. He talked about the drilling market and believes that a stable oil price in the USD 50-60 price range should allow E&Ps to generate required returns from offshore oil production.

«The total demand for jack-up rigs is on the rise, and the market is turning, but we expect uncertainty and low visibility the next two years. 2018 and 2019 is about surviving.»

Mr. Gillesdal presented figures and estimates for activity level and rig status by segments and also presented a rig retirement analysis and also regional supply and demand analysis for the jack up and floater segments.

He described Brazil as a long term attractive offshore region, but expects rates to remain low for a while, and said that industry consolidation will result in stronger companies now positioning themselves for new bids in a couple of years 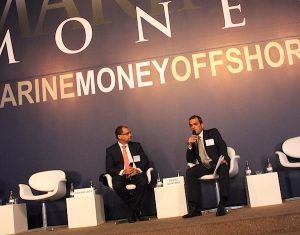 Gas on the agenda.

Gas, charters and local content
Financing and investment opportunities in Brazil´s gas market was also on the event agenda.

«The opening of the gas market is the most exciting news in the energy market, and this is a key moment with multiple players looking into investing», Giovani Loss of Mattos Filho said in a conversation with Ovidio Quintana from Engie, a company that sees interesting investment opportunities in Brazil. Tax issues would be an issue that needs solution to leverage growth.

Alison Baxter, Partner of Norton Rose Fulbright, then presented a Charterer Comparative Analysis. She focused on how issues such as risk assessment, force majeure and withholding tax are treated under the different charters. Wording of the contract drafting, commercial terms 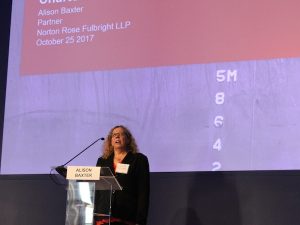 and legal risks are among the main reasons for uncertainty. Her advice to Brazilian players is to take a step back, and adopt a fair and balanced risk allocation in future charters possible to guarantee growth of the industry.

Petrobras manager for the Strategic Sourcing and Category Management, Dimitrios Chalela Magalhães, presented the future view on FPSOs for Petrobras, from a procurement point of view. Petrobras has 19 new production units coming into production until 2021. To have a balanced portfolio between leased and owned FPSOs is a priority to the company.

«Projects today are becoming more and more time sensitive. and financial aspects do also play a big role», he said. 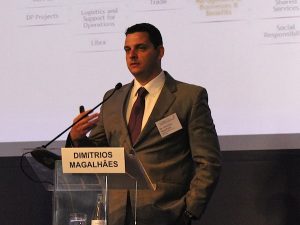 The first local content regulations date back to 2005, defining minimum targets for the bid rounds to follow. Changes have now been proposed, guaranteeing more flexibility for the involved parties.

«It will certainly help us to achieve the requirements, and enable us to go to companies that have the needed competence, and optimizing, without risking high cost and schedule impact. Looking forward I believe we will be able to increase the local content share further. Flexibility is vital», Mr. Kilde said.

New capital
The Brazilian development bank BNDES has substantial capital committed to Brazil´s offshore sector and gave an update on current status and future plans in the first session after lunch.

Financial leasing and the business impacts of the recent tax changes on the offshore sector were other topics addressed.

A panel discussed the offshore asset financing market today. While new transactions have been few and far between in the present market, the pipeline of FPSO projects is a notable exception and will require billions of dollars in new capital.

A separate session was dedicated to the Petrobras Divestment Plan, and the closing panel discussion questioned when the ongoing transformation of the sector will actually impact the offshore services sector and how significant this impact will be.