The battle of the beach 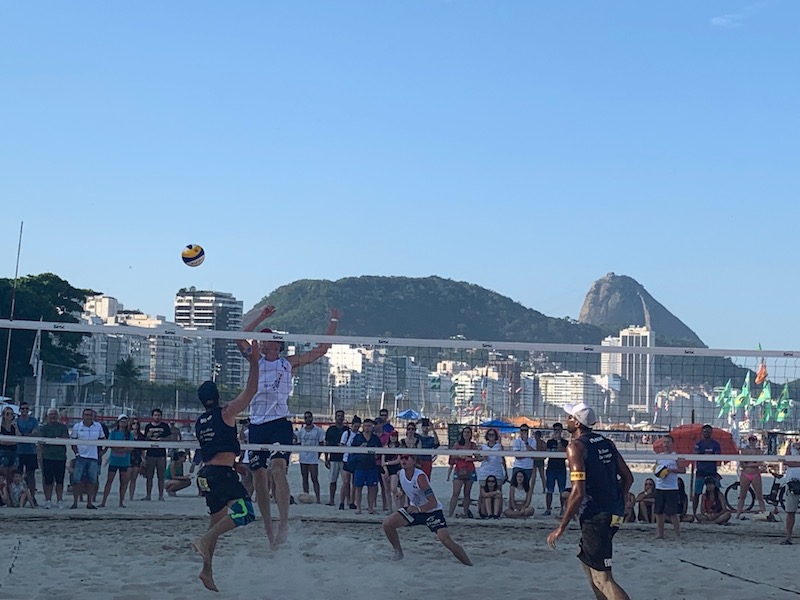 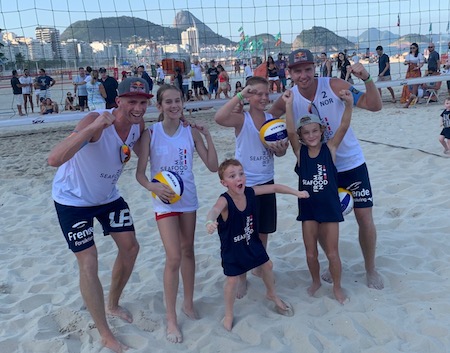 The Norwegian athletes took their time to play and joke around with the kids present for the training match.

Since 2018, the Norwegian team has been ranked number 1 in the world. Their Brazilian opponents for the training match organized by Innovation Norway, The Norwegian Seafood Council and the Norwegian Consulate General, were Rio 2016 Olympic Gold Medalist Bruno Schmidt and current playmate and World Champion Evandro.

Both teams are in Brazil to prepare for the Itapema World Tour taking place this May in the state of Santa Catarina, Brazil, and their training match attracted a lot of interest from the Norwegian community in Rio de Janeiro.

Director of Innovation Norway in Brazil, Mr. Stein-Gunnar Bondevik is the former president of the Norwegian Association of Volleyball, and he was «primus motor» and «the man who made it happen». The event was a celebration of the good relations between Norway and Brazil, a relationship that started almost 200 years ago, when a Norwegian ship loaded with bacalhau came to Brazil to trade sugar and coffee. 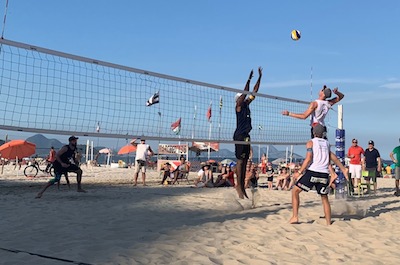 The training match was also sponsored by the Seafood Council of Norway.

«What better combination than volleyball and fish, my two favorites», says Stein-Gunnar Bondevik. Innovation Norway works to promote Norwegian business and innovation all over the world.

Beachside reception
For the event on May 11, more than 200 Norwegians, Brazilians and friends of beach volleyball were gathered to see the best players of the world show off their skills in the sand. 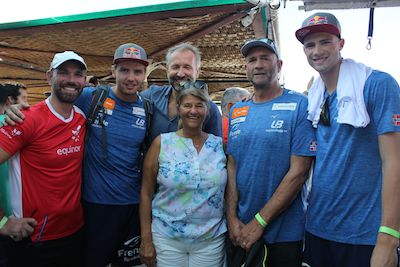 The players with Equinor´s Margareth Øvrum and Øistein Johannessen. In the back Innovation Norway director Stein-Gunnar Bondevik

During a reception in the beachside Copacabana restaurant Nativo, lunch and cold drinks were served to guests, players and their supporting crews before the match. The menu also featured traditional Brazilian snack «bolinhos de bacalhau».

Equinor warm-up
Before the training match, Equinor workers tried their best against the four top athletes during their warm-up. The actual game ended 2-0 (21/18 e 21/18) to the Norwegian pair, and with all the Norwegians present, it must have been a lot like playing at home for the two Norwegians.

Equinor Country Manager Margareth Øvrum was among the spectators, as was Rune Bjåstad, the acting Consul

«It was a very nice event and a very nice afternoon, thank you Team Norway, said Glorisabel Garrido Thompson-Flôres.

Selfies
To Globoesporte, Bruno Schmidt commented that the Norwegian players are very young and has surprised the world of volleyball with their strong results.

«To play a training match against them is very good for us», Bruno Schmidt. 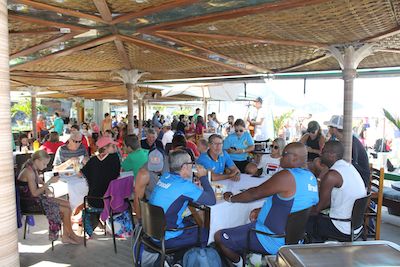 «They are the duo of the moment and we are going to do our best», Evandro said.

The Norwegian pair also beat Brazilian Bruno Schmidt and partner Alison in the Xiamen Open in April this year.

«We’ve had some good training camps and our level is getting better and better and we just want to find that level and see how far we can go. Our goal this year is to get a medal on the podium, so this is one step closer for 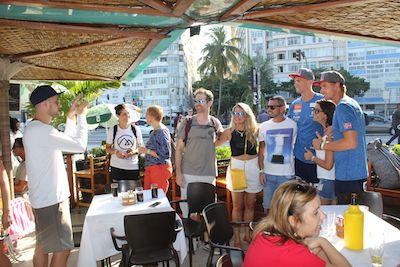 In Rio de Janeiro, the Norwegian pair seemed unstoppable. But they still had time to play with the children, talk to people, shake a lot of hands and pose for a whole lot of selfies.