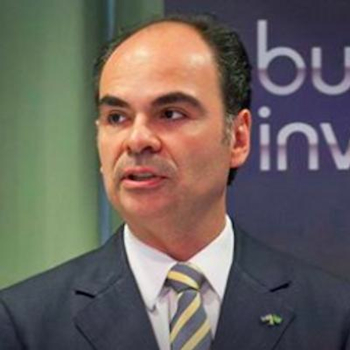 MR. Gustavo Schmidt.Dispute resolution through mediation and arbitration is gaining ground in Brazil. A strengthening of the arbitration institutions is important to increase the quality and quantity of investments.

According to recent numbers, the Brazilian judicial system reached 104 million pending claims to be decided, and no other country in the world has so many ongoing judicial processes. Arbitration is an alternative to taking a case to court, and on average it takes less than 18 months to resolve a dispute via arbitration. The alternative can have a positive effect on investor confidence as it could contribute to increasing the perception of predictability and security for investors.

As a consequence, we now see alternative dispute resolution methods gaining ground in Brazil. The country has more than 100 arbitration institutions, and NBCC/Nordic Light has talked to Gustavo Schmidt, the president of the Brazilian Centre of Mediation and Arbitration, CBMA in Rio de Janeiro, and with Renato Pacheco, the president of the Chamber of Arbitration – EuroCâmaras, CAE, where NBCC is a member.

They both agree on the main advantages of resorting to mediation and arbitration to settle a dispute.

«Arbitration is faster, 18 months on average according to statistics. In court it takes years. To an investor considering to invest in Brazil, this will obviously count as an advantage. Strengthening the arbitration institutions is important to increase the quality and quantity of investments, and more companies resorting to arbitration is a sign that Brazilian institutions are maturing. Knowing that they will be able to settle their dispute, is extremely important knowledge to companies that want to invest and hire people in Brazil», says Gustavo Schmidt.

Mr. Renato Pacheco.Flexibility, where the parties take part in choosing the arbitrators, is another obvious advantage. Neutrality, professionalism and experience are the advantages that Renato Pacheco highlights:

«A Brazilian company would not accept to dispute before an «all Norwegian» arbitrations institute. CAE-EuroCâmaras offers a wide range of diverse national identities, and this is also something that differs us from the CBMA. The professionalism and experience of the abitrators is also of great importance», he says.

«The cases are usually very complex, involving high values, and this is why it is important to have arbitrators that are specialized in the field or sector in question», Mr. Schmidt adds.

The Brazilian Centre of Mediation and Arbitration, CBMA, was created in 2002, and is located in Rio de Janeiro. The Centre has since 2014, when Gustavo Schmidt took over as president, experienced a 500 percent increase in cases. CBMA also holds a Maritime and Port Law Vice-Presidency dedicated exclusively to arbitration and mediation in these specific fields, since this segment is of great economic importance to Rio de Janeiro.

The Mediation and Arbitration Chamber of Euro-Câmaras, CAE, was created in 2001 by the leading European trade and industry chambers. Despite its availability to manage domestic disputes, its inclination is international, with a focus on conflicts involving Euro-Brazilians interests. CAE is the only institution of its kind to include features essential to international trade such as multiculturalism and multilingualism. CAE takes on all kinds of cases, from 5-10 cases a year, and counts on a variety or experienced mediators and arbitrators, internationally educated, trained and also aware of offshore and maritime business.

Legacy of a crisis
Renato Pacheco argues that more companies should consider using arbitration and mediation as a way of conflict solution, and says that the arbitration way is particularly interesting in a country like Brazil.

«Since Brazilian courts are more than overloaded and also lack special knowledge and expertise on foreign investments and also lack a needed global perspective, more companies should definitely consider alternative ways for dispute settlement. Arbitration enables faster and not appealable decisions, and will thus not drag years and almost decades before public courts», he says.

The economic crisis can explain the increased interest in alternative dispute resolution.

«During a crisis, conflicts tend to increase, and all the Brazilian arbitrations institutions and centres have seen an increase in the case load. In challenging times, having solid arbitration institutions could also contribute to attract investors. Growth and recession are cyclic processes, but I think that a legacy from the current down cycle is the increased number of cases brought to arbitration and mediation. The crisis has resulted in an increased number of litigations which are brought to arbitration as it guarantees a faster resolution of a conflict. I see it as a sign of the maturing of Brazilian institutions, and demonstrates to investors that in Brazil we have the capacity to settle dispute in a faster and predictable way», says Mr. Schmidt.

«Most of lawyers and judges prefer to dedicate themselves to less international oriented issue. Alternative dispute resolution is a very important tool to assure a safer investment environment and protection to foreign companies investing in Brazil», Mr. Pacheco concludes.