The unknown sides of Scandinavia 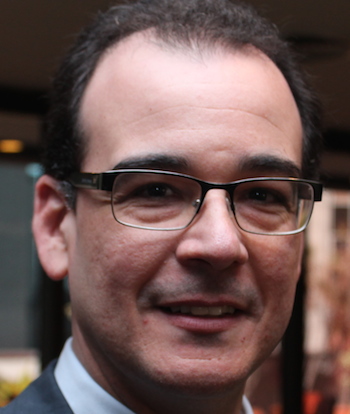 Brazilian diplomat Paulo Guimarães hopes to inspire with his new book about Scandinavia.

His wife is Swedish, he is currently living in Denmark, and  keeps a «hytte», a wooden cottage in Asker, Norway which he calls home. Currently, Paulo Guimarães is posted minister counselor (deputy head of mission) at the Brazilian Embassy in Copenhagen. He served at the Brazilian Embassy in Norway for several years, and wrote his diplomatic thesis on the Brazilian-Norwegian partnership in 2011. Now he is launching his second book in Brazil, called «Os Escandinavos», The Scandinavians, (Editora Contexto).

NL: Why have you written this book?

PG: When I first wrote my diplomatic thesis in 2011, I realized there were very few sources available in Portuguese about Scandinavia and the Nordic countries. I wanted to write an introduction to the region and its peoples that would be relatively comprehensive in scope and of special interest to a Brazilian reader, some 10.000 km away. The book presents relevant aspects of the political, economic, social and cultural history and day-to-day life in the Nordic countries of Denmark, Finland, Iceland, Norway and Sweden.

NL: What is the main message?

PG: Although in a remote and harsh place, Scandinavians played an important role in history and have been making significant contributions to our worldview. Also, to the outside world, the Nordics are perceived as a very homogeneous group of countries, but this general characteristic does not sum up the region. Not all Latin Americans are the same, and neither are the Scandinavians.

NL: What experience among Scandinavians marked you the most?

PG: I spent the formative years of my youth in Stockholm, in the late 70’s and early 80’s, at an advanced stage of social-democracy and the welfare state. Sweden looked very different from Brazil, in almost all aspects. I believe the egalitarian structure of the Swedish society marked me most. A person’s social standing needed not be based on the subservient attitude of another.

NL: What are the main differences between Scandinavians and Brazilians that you point out in the book?

PG: Our distinct approaches to authority, which translates, in Brazil, into an excess of rules, regulations and official procedures that in effect creates an enormous distance between governors and the governed. Another clear difference sits in the way Scandinavians approach public transportation as a means of transit for everyone, irrespective of wealth. Similar to the bike, which is used on a daily basis by ministers, directors, managers and students all alike. Naturally, one can also spot the differences in some peculiar set of customs: Scandinavians will always be found in the sunniest places in restaurants or cafés everywhere while Brazilians run for the shade.

NL: What do you hope the readers get out of reading your book?

PG: I hope the reader will be not only better informed, beyond the postal-card-pictures and the myths, but also captivated by the true nature of the countries and the peoples of Scandinavia. There is much to learn from the perspective of a Brazilian on how the Nordics reflect on issues which concern all of us, all over the world, and on how they organize their society. No doubt, there is room for inspiration; though not for simply imitating.