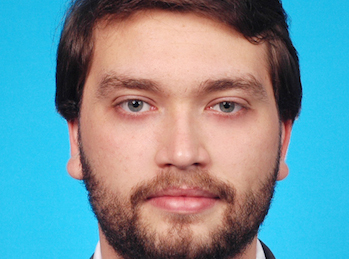 Who is subject to income tax in Brazil?

Nevertheless, there are some specific situations when non-residents can be considered resident for income tax purposes, even though they do not reside permanently in Brazil.

In both scenarios, the Brazilian taxation subsists until the foreign national leaves the country, filing the definitive departure tax return, which is a variation of the annual tax return, or automatically, after 12 months away from the country.

Some treaties to avoid double-taxation, (e.g. Norway-Brazil) establish that foreign individuals from the signatory country only acquire fiscal residency after 184 days of presence in Brazil in a given year. Nevertheless, since 1985 all treaties establish the 12-month period rule and the Brazilian tax authorities’ decisions always mention this new rule.

Therefore, in order to adopt a more conservative position, it is recommended to consider each individual resident for fiscal purposes after 184 days in any 12-month period, instead of any given year.

Individuals considered resident for tax purposes are obliged to file the same tax returns and to the monthly income tax payments as resident individuals. The main obligations are:

This return shall be filed from the first business day of March until last business day of April of each year. It comprises all the information regarding the fiscal year (1st January to 31st December): income (from local employments, from abroad, capital gains, rents, financial investments, interest, etc.), dependents, assets and rights, debts, and payments to service providers.

The payment shall be done until the last business day of the month subsequent to the one the income was received by the taxpayer.

This return is in essence the same as the Annual Return, with the exception that it is filed in two parts: the Notice of Definitive Departure, which a mere notice informing the date of departure, filed when the taxpayer leaves the country; and the actual Definitive Departure Return, which is filed during March-April of the following year, but in relation only to the period the individual stayed in Brazil.

The income tax payable accrued in this return must be paid in a single installment, at the date the Definitive Departure Return is filed.

Every individual considered fiscal resident in Brazil and with total equity over USD 100,000.00 is subject to an annual Census realized by the Brazilian Central Bank.

This Census is denominated Brazilian Capital Abroad Return (Declaração de Capitais Brasileiros no Exterior – CBE), which can cause some confusion, since it is also applicable for foreigners who have acquired fiscal residency in Brazil. Even assets acquired prior to obtaining fiscal residency in Brazil and exclusively with foreign income are subject to this statement.

The statement is comprised basically of a simplified version of the assets part of the Annual Adjustment Tax Return. The non-compliance with this Census is subject to a heavy penalty, with a maximum value of R$ 250,000.00 per year.

The income tax levied in the country of residence of the foreign national may be offset with the income tax paid in Brazil. This tax offsetting is valid for all the countries with which Brazil has signed a treaty to avoid double taxation.

The offset value cannot exceed the difference between the Brazilian income tax calculated including the income received abroad and the calculation excluding said income. In order to offset taxes paid in another country, the taxpayer must have a sworn translation to Portuguese of the proof of payment related to the same period (monthly or annual payment).

Brazil has established treaties to avoid double taxation with the following countries:

The agreement between Brazil and Norway was ratified by Decree no. 86.710, which, among its provisions to avoid double taxation and prevent fiscal evasion, predicts the incidence of taxation in all income received by the taxpayer, including the benefits (art. 15), and the information exchange (art. 27).

The firm Hazan Fonseca Advogados specializes in the consulting for foreign companies operating in the Brazilian market, with special regard to tax and business law matters.