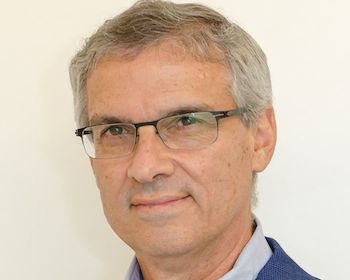 IBP president Jorge Camargo talks about recent Senate decision to relieve Petrobras of obligation to operate pre-salt oil, about new pre-salt bidding rounds and about the complementary culture of Norwegians and Brazilians in this interview with the NBCC website.

«I think winds are changing now. Ever since the discovery of pre-salt, IBP has argued that diversity is a better solution for the Brazilian oil and gas industry. The decision in the Senate shows that the government is opening their eyes to the difficult scenario we are facing. It is an important signal to the industry, and I think it shows political courage from the government to accept that things are changing. Petrobras will have difficulties taking on new projects», Mr. Jorge Camargo, the president of the Brazilian Institute for Oil and Gas (IBP), says.

He is referring to a recent decision in the Brazilian Senate that revokes the mandatory participation of Petrobras in the exploration of oil in the pre-salt areas. The original proposal was from senator José Serra (PSDB-SP), and the Senate approved the amendment to Law 12.351 on February 24 this year.

«Now the proposal goes to the Lower House, where we hope for another approval. We also hope that president Dilma sanctions the bill, and would like to believe that the government understands the idea of having multiple operators in addition to Petrobras. We are not removing any rights from Petrobras, we only remove the obligation Petrobras currently has to operate the pre-salt fields.We understand it is politically sensitive, but we trust it will go through , because we believe it is the right decision for the country.»

The current political climate is however very complicated and definetely difficult to predict. IBP is working with a timeline where the proposal is sanctioned, paving the way for new pre-salt bidding rounds to take place.

«We have expectations that the proposal will go through, enabling bidding rounds involving the so called unitization areas late this year or early next year. These are pre-salt discoveries that extend beyond the borders of already licensed blocks, and there are something like 10 billion barrels of oil waiting here. We believe this will be well received by the industry», Mr. Camargo says.

But why is it important to open up to other companies as operators on pre-salt?

«Pre-salt is in the forefront of offshore technology, it is a province that requires technology, financial strength and experience. To use a comparison from football – to play in the pre-salt, you have to be in the Champions League, you cannot be in the second division, and if you are in the Champions League, you want to show your skills. The companies interested in pre-salt have technology, the people and they value very much being an operator. They want to invest but also use skills, technology and experience to add value. That´s why it is so important for companies that are fit to participate in pre-salt, to have the possibility to operate. The current regulations reduce the interest for investing in pre-salt. A change of regulations would be good for the supply industry, who would have more than one client. It would promote competitiveness between operators, investors, and naturally the main beneficiary is the owner of the natural resources which is Brasil. It is good for the operator, the industry, the country and it makes sense.»

Despite disagreeing on this particular matter, Mr. Camargo describes the dialogue with the authorities as good.

«IBP has developed a very good reputation in its 60 year history. The fact that we had a meeting with president Dilma in September last year, and a second meeting now in February, on her invitation, was a turning point. Eight years went by since the last time IBP talked directly to the president, and now the scenario has changed. This is a measure or signal that winds are changing, and as a result we see signs that the Brazilian business environment is becoming more favorable to private investors.»

Regulatory stability
But there is still room for improvements, and Mr. Camargo lists the low oil price scenario and climate change policies as the two biggest challenges the industry is facing today.

«In addition to the low oil price and how to get competitive, the climate change policies in the industry are also a big challenge. How can the industry meet our clients demand for less CO2? The time horizon for  hydrocarbons is shortened, and one of the key elements for the future of the industry will be climate policies», he says.

The IBP president is careful to make predictions on the oil price, other than saying that the market will work. He does however find it probable that the oil price will go back up to about 50-70 USD a barrel. A lot can still be done to attract investments from abroad.

«We need a framework that is attractive to investors. This is a Brazilian choice, we can decide differently and chose to go the other way, but IBP has an agenda of regulatory change that would attract investors», he says.

Allowing other companies to operate pre-salt blocks is only one of these proposals. IBP also defends changes in the local content regulations.

«We support something simplified, that is not driven by fines, but driven by incentives. The environmental licensing process can also be improved when it comes to bureaucracy. We also need new bidding rounds. And last but not least we need regulatory and fiscal stability. As an example we have the two new taxes that Rio de Janeiro state has promoted, that come into full force on April 1, two taxes that will basically kill the industry. We consider them unconstitutional and the industry has taken this to the courts to ask for suspension. We know that Rio de Janeiro is in a very critical financial situation, but these taxes have seriously affected the Brazilian status. We used to have a good reputation. Brazil was in a different league, but the decision of Rio de Janeiro has put us in a league where we don´t belong, and we are very disappointed by this.»

The taxes in question is an 18 percent VAT on production and a supervising tax that IBP seriously questions.

Not business as usual
As many others, Jorge Camargo chooses the expression «a perfect storm» to describe the current situation of the Brazilian oil and gas sector.

«The crisis is profound. The low oil price affects the whole industry, and here in Brazil, we are also facing a economic, political and ethical crisis. Everything is aligned. We are in a painful transition phase right now. Petrobras is going through transformations and have financial challenges to sort out . They are going to make divestments that will affect other players. But I am still an optimist that believes that in two years time, we are going to be an even healthier industry.»

«Everybody has to reinvent themselves, rethink all processes and challenge all costs. You have to innovate. It is not business as usual. You have to reset your company and mindset to this new scenario. Predictions show that the oil price will remain low for a while so you have to adjust. When the fog lifts, you will se that the main elements are preserved. The resources are there, billions of barrels to be found and developed, we have the technology and the capacity, we have a big market. So you have to adjust to the crisis, without sacrificing the long term strategy. It is a delicate balance. Not everybody will survive and the selective process is ruthless, but those who are able to balance the elements will be better fit when things improve».

The million dollar question is where the industry still can cut costs, become more effective? Where is the potential for improvements?

«You have to start from zero and challenge every expense. It is a hard question. Technology and innovation are key issues. You have to do things differently, to do more with less and be more innovative. Norway is a country that values innovation and this can actually be a competitive advantage that Norway can bring to the table during these challenging times.»

The IBP president has a special bond to Norway. From 2005-2009, Jorge Camargo was the country president of Statoil do Brasil. In his view Norway and Brazil is a very good fit, on many levels. While Brazilians are good at reacting and improvising – helpful qualities in times of crisis – Norwegians are good at planning, and find it difficult to abandon the plan, when that is required.

«Statoil is very successful in Brazil, for two reasons: One because there was a very good fit between Statoil´s competencies and the Brazilian market. Statoil is very good at reservoir engineering, managing big projects and deepwater exploration. Brazil is the type of country where these skills are needed. Statoil has transformed Peregrino into a multi billion dollar asset. It is a fantastic story of value creation. There is also another fit that I think goes for all Norwegian companies in Brazil. Norway and Brazil are very different culture, but our cultures are complementary, and we work well together. It is a good cultural fit. Norwegians treat people they way they like to be treated, with respect. Working together makes a lot of sense.»

A way out
Mr. Camargo demonstrates optimism when talking about pre-salt, and calls it a fantastic province, with an unbelievable productivity. 40 percent of all conventional oil discoveries the last ten years were done in Brazil, serving as a measure of the importance of Brazil in the international oil and gas market.

«The pre-salt reservoirs are unbelievable,  producing 20.000-30.000 of barrels a day, way beyond what is considered normal. As a result the competitiveness of pre-salt even in the low oil price scenario is still very robust. As you know, drilling wells is a large part of the investments in the developing process of a field, If you can reduce number of wells, the project becomes very competitive. Pre-salt is fantastic for the size, for the economic robustness and I think that it could be one area that Brazil can use to get out of the economic recession that we are in. It does not require subsidies, and only depends on the right decisions and regulations», Mr. Camargo concludes.