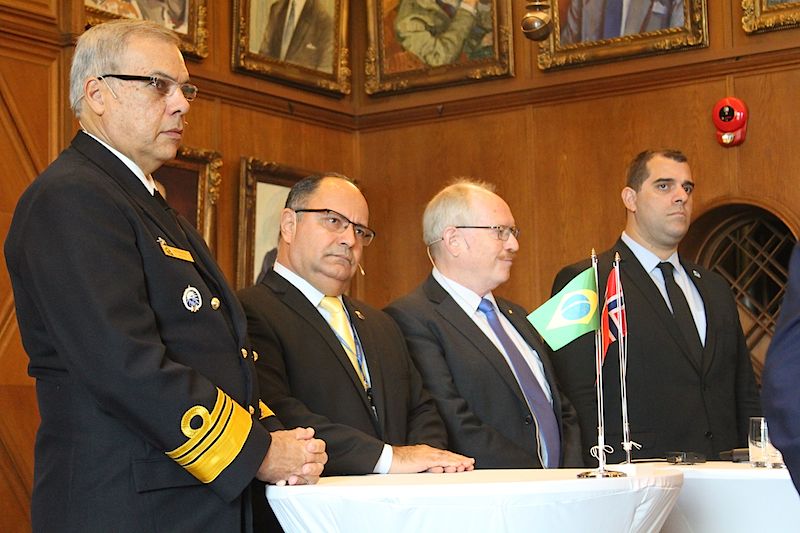 The seminar was organized by Abran, with the support of NBCC and the rest of Team Norway in Brazil, and took place in the offices of the Norwegian Shipowners´Association in downtown Oslo on June 6, 2019.  The Norwegian maritime presence in Brazil is significant, and Brazil is considered the most important market outside the North Sea.

The first presentation provided the audience with an outlook on the business opportunities and offshore related activities in the state of Rio de Janeiro, the most important offshore region in Brazil. The representatives of the local Rio government are looking to attract investors to Rio de Janeiro. 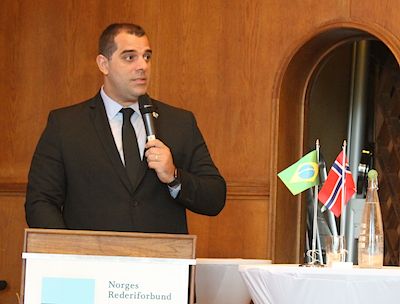 «We want Rio to become a clean energy reference to the world», Secretary Tristão said.

«Rio de Janeiro is located between the two largest producing basins in Brazil, being the state with the largest proven oil reserves in the country and concentrating 3/4 of Brazil´s total oil production. The next three years, three new bidding rounds will take place and we expect that they will represent investments totaling USD 250 billion in the state of Rio the next 10 years», says Rio´s Secretary of Economic Development, Lucas Tristão.

He presented the main ports of Rio de Janeiro and their relevant logistical features, the naval market and shipyards.

«The naval industry of Rio de Janeiro is as diverse as it is complete, and I am sure we will enhance the segment to serve the oil and gas industry. We are prepared for the coming increase in the activity level», Mr. Tristão said.

POSITIVE OUTLOOK
Vice-Admiral Roberto Carneiro da Cunha, Director of the Brazilian Directorate of Ports and Coast (DPC) started his presentation explaining how important maritime activities have been to Brazil throughout history and why the coastline and the exclusive economic zone is called the blue Amazon. He talked about maritime trade and presented numbers and main trade routes, and gave a special focus to the offshore oil production. In 2018, the average daily production was 2,6 million barrels of oil. Rivers also play an important role as transportation routes in Brazil. 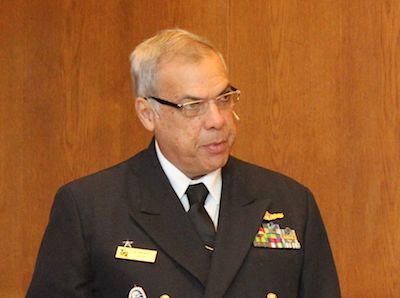 Vice-Admiral Cunha explained how the Brazilian maritime authority is organized and the role of his own directorate, DPC.

«Our focus is on safety of navigation, safety of life at sea and prevention of pollution of the marine environment», he said.

In a presentation of the Brazilian maritime scenario, Admiral Cunha focused on decommissioning as an increasing concern and how the number of vessels operating and supporting the offshore industry is expected to increase.

«Perspectives are excellent», he concluded.

Vice-Admiral Wilson Lima Filho presented the Brazilian Maritime Court which he presides. According to his presentation, the main cause of accidents in Brazilian waters is the non-compliance of rules and the human factor. 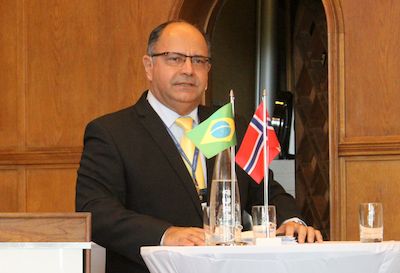 «Norway and Brazil have the same concern. We cannot live without the sea», Vice-Admiral Lima Filho said.

«The maritime court has a preponderant role in the prevention of accidents by determining their nature and cause and presenting suggestions to the Maritime Authority.»

Addressing potential investors, the Vice-Admiral guarantees that the navigational structure of Brazil is very safe, with only four serious accidents last year.

The Maritime Court is also responsible for the registry of Brazilian flagged vessels, giving the shipowner advantages in chartering processes. DOF and Solstad are among the Norwegian owned companies with vessels in Brazil operating under Brazilian flag.

«REB is thus an interesting option for investments in Brazil. We are committed to the preservation of the maritime environment. Norway and Brazil are partners, and you will be very welcome in Brazil. I see great opportunities on the «radar screen», and I suggest you take the opportunity», he said. Reducing bureaucracy, making Brazilian ports paperless, is also a priority to authorities. 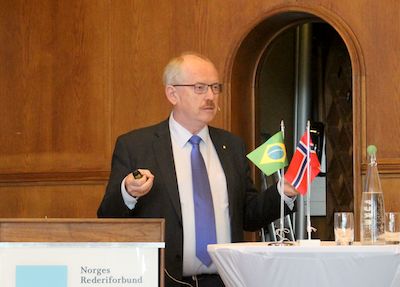 GREEN SHIFT
Lasse Karlsen, Tecnichal manager of the Norwegian Maritime Authority, had a different approach and focused on the paradigm shift we are facing and how green is becoming the «novel maritime blue» as the fossil fuel era is coming to an end.

«This is why we work to approve novel green shipping solutions, and Norway has been a green testbed for new solutions», he said. Mr. Karlsen outlined the different international agreements that set the goals for the reduction in greenhouse gas emissions, but admitted that the fuels of the future are still far from defined.

«LNG can reduce emissions of about 30 percent, but it´s not the final solution. Battery driven vessels is another alternative that should be of interest to Brazil.» 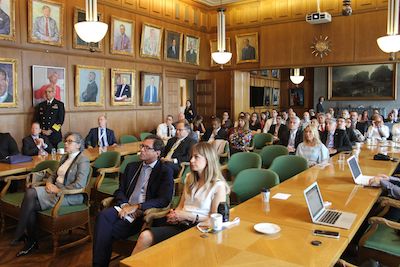 In the afternoon on June 6, DNB hosted an Investor Seminar that addressed the perspectives of the new investment cycle in the Brazilian oil and gas industry. Representatives of the state government of Rio de Janeiro, regulatory bodies and Petrobras gave presentations and participated in panel debates.